The Acer Swift 7 is just 8.89 mm thin which makes it the world’s thinnest laptop

The major highlight of the Acer Swift 7, is its thickness. The device is only 8.89 mm thin which makes it the world’s thinnest laptop. The notebook is specially designed for mobility, the company claims to offer 10 hours of battery life and 4G LTE connectivity via Nano-SIM card. 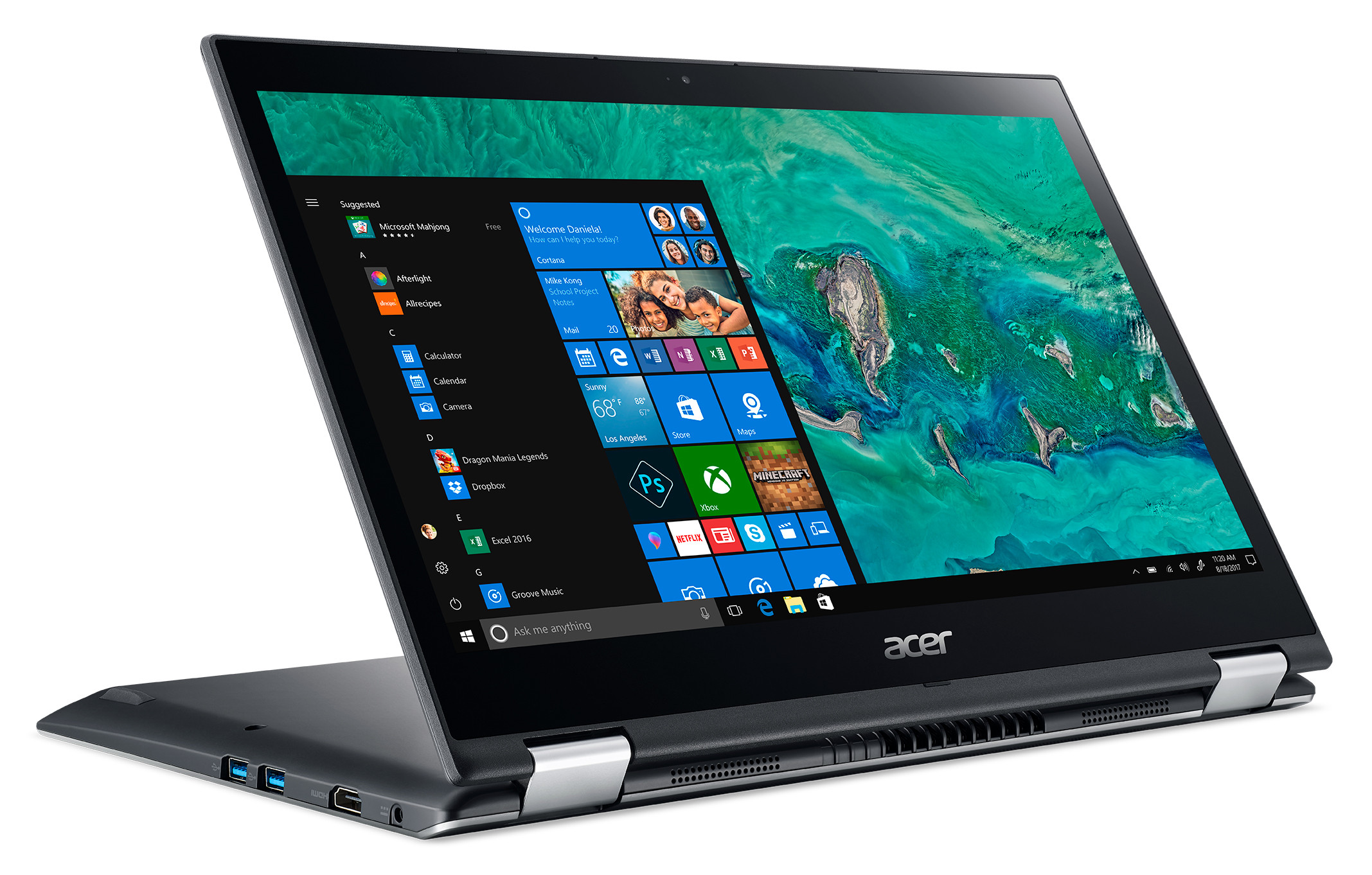 The Swift 7 ships with a Transatel profile provisioned with up to 1 GB of free data valid for one month in 48 countries to help users get started immediately, while additional data plans can be easily purchased as needed through the Mobile Plans application while travelling around the world.

As far as specificationsare concerned, the Swift 7 spots a 14-inch Full HD IPS touch display with the resolution of 1920×1080 pixels, which is protected by the Corning Gorilla Glass. The laptop is powered by a 7th Gen Intel Core i7 processor and runs on Windows 10 operating system. It is backed up by 8GB LPDDR3 RAM and 256GB of SSD storage.

Moving to the Acer Spin 3, the features a 14-inch Full HD display(1920×1080 pixels) with IPS technology. It is equipped with the 8th Gen IntelCore i5 processor and comes with the 8GB of DDR4 RAM and 1TB hard drive/ 128GB SSD of storage. The device runs on Windows 10 operating system and offers 4605 mAh Li-ion battery, which the company claims delivers up to 12 hours of battery backup.The Acer Nitro 5has a 15.6-inch Full HD IPS touch display. The device is powered by the lRyzen mobile processor with Radeon TX560 graphics. It is backed by up to 32GB of RAM, and coupled up to 512GB SATA SSD.

The Acer Chromebook 11 has an 11.6-inch display with the resolution of 1366×768 pixels.It is equipped with Intel Celeron processors and 4GB of RAM + 16GB/32GB eMMC storage. Further, the Chromebook comes with HDR camera, Dual stereo speakers, and an integratedmicrophone. Similar to the Acer Swift 7, the company claims to features 10 hours of battery life and only weighs 1.1 kg. As far as connectivity is concerned, it has twoUSB 3.1 Type-C Gen 1 ports and two USB 3.0 Type-A ports, other than this it comes with Bluetooth 4.2 and WiFi 802.11ac 2×2 MIMO.