BharOS is India’s answer to Google’s Android and whether it can compete with the most used mobile operating system on the planet, is the question we are here to answer 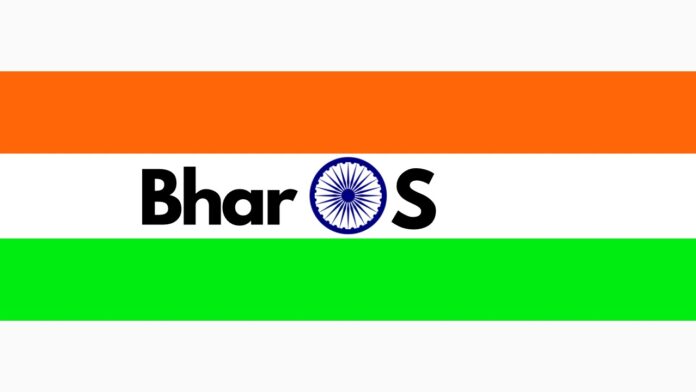 If you have been following the new developments lately, you might have heard of a new operating system in town, called BharOS. The new operating system that has been developed by IIT Madras, is said to benefit 100 crore smartphone users in India by offering a more secure and private mobile operating system. While it is made for Android-based smartphones, can it compete against the long-standing leader in the space, which is Google’s Android. Before we try to answer that question, let’s first take a look at some other questions that need to be answered with regards to BharOS.

BharOS is an AOSP (Android Open Source Project) based operating system, but with no Google apps or services. It is developed by JandK Operations Private Limited (JandKops), which is a non-profit organization based out of IIT Madras.

In other terms, the software you currently see running on your Android smartphones is made by Google but BharOS, which is based on a corresponding open source project led by Google, aims to compete with Google itself when it comes to companies choosing and preferring BharOS as default OS to pre-load their devices with.

What is the difference between BharOS and Android?

BharOS is not very different from Android when it comes to features or the user interface. However, the only major difference between the two is that BharOS aims to stay as clean as possible with no pre-installed apps including Google’s. On the other hand, Google’s Android comes pre-installed with Google’s apps such as Gmail, Google Maps, YouTube and more.

This is the USP of BharOS, where it wants users to install apps of their choice and not to force anything on them. Having said this, users would require to sideload apps when their device is running BharOS which does pose a threat to the security of the device. This also defeats the whole purpose of pre-loading smartphones with BharOS – and that is enhanced privacy and security compared to the regular Android OS.

BharOS would have to challenge the dependency people have on Google’s apps. Google’s YouTube is one of the most used streaming services while its Gmail app is the default E-mail client for many. Even on iOS, YouTube is the dominant streaming app and some people prefer Google Maps and Gmail over Apple’s own counterparts of the same apps.

There are still some questions arising out of the existence of BharOS which have to be handled. Some of these include the duration for which BharOS would be receiving updates, how one would install BharOS on existing smartphones or whether that would be possible at all, and also whether BharOS would come pre-installed on certain smartphones.

When is BharOS releasing and what smartphones support it?

BharOS does not have an expected launch timeline and the developers also haven’t confirmed as to which smartphones currently support BharOS except for Google’s Pixel devices. Even then, the company doesn’t specify which exact Pixel models are supported.

In comparison, Google’s Android maintained its position as the leading mobile operating system worldwide in the fourth quarter of 2022, controlling the mobile OS market with a close to 71.8 percent share, while iOS accounted for around 27.6 percent of the mobile operating system market, as per stats from Statista. This shows that even if BharOS comes pre-loaded on certain smartphones, it has a long way to go before it is widely adopted.

Can BharOS compete with Android?

The question we are here to answer is whether BharOS can compete with Google’s Android and the simple answer to that is No. As of now, BharOS is really at an infant stage and needs to scale enough where OEM consider it worthy to pre-load the operating system over Google’s Android which many people are already used to and love.

While it could serve as an alternative to Android and iOS, it still has a long way to go and requires support from OEMs and users for its adoption. It needs to have a variety of unique features that can lure in customers while pushing them away from Android at the same time.

Lastly, an ecosystem of apps needs to be put in place which currently Google has, thanks to its Google Play Services. A number of apps take advantage of these services, including all of Google’s own apps, and these apps won’t work on BharOS. Why? Because they do not support any of Google’s apps or services.