Google has announced the launch of Android 13 (Go Edition) for budget smartphones with low memory and storage. 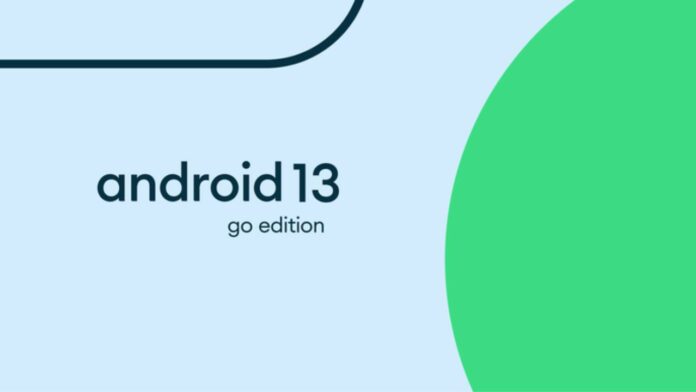 Android is the world’s most popular operating system and Google has been optimising the system every year to make operations even smoother. This year, the company has announced the Android 13 (Go Edition) which is the sixth version of the Go Edition of Android since the first iteration came out in 2017, and that was Android 8.1 Oreo (Go Edition).

The Android (Go Edition) versions have tailored Google’s core mobile platform to power affordable phones with limited memory and storage. Google says that there are now over 250 million monthly active devices powered by Android Go. The latest Go Edition of Android comes based on Android 13 where Google has focused on three critical qualities: reliability, usability and customisation, to serve users better. Let’s see what new features it comes with.

Google Play System Updates have now made their way to Android Go Edition software. This means that devices can regularly receive important software updates, outside of the major Android release. In turn, this saves storage space as manufacturers will not have to push an OTA for each and every minor enhancements made in the system.

Moreover, this will make the delivery of critical updates quick and simple without compromising storage availability on the device. The result is a phone that stays up to date over time — and you don’t have to wait for the next release or a software push from your phone’s manufacturer to have the latest set of features.

Next, the Go Edition software now picks up the Discover feature. It lets you swipe right from your home screen to see a curated list of articles and other content. Further, users will be able to customise their device more than ever, thanks to Material You, which was introduced back with Android 12. You can customize your entire phone’s color scheme to coordinate with your wallpaper. When you set your wallpaper image, you’ll see four corresponding color schemes to choose from.

When is Android 13 (Go Edition) coming to devices?

Google says you can look out for new devices launching with Android 13 (Go edition) in 2023.