Bubbly, a new chat service from Bubble Motion, allows users to connect with their friends and family, follow their favourite celebrity, and leave messages in their own voice.

Bubble Motion, a voice blogging service and application provider based in Singapore, has announced the launch of Bubbly, a voice based chat application for Android smartphone owners in India. Bubbly was earlier just available for iOS users. It was launched by the company Bubble Motion in India earlier this year in February.

Bubbly allows users to record and share short voice updates with friends and followers. Using Bubbly you can share updates directly to Twitter and Facebook, and can also add text to posts to make them easy to discover. Apart from sending voice messages, Bubbly users can also send text messages like on other chat applications. 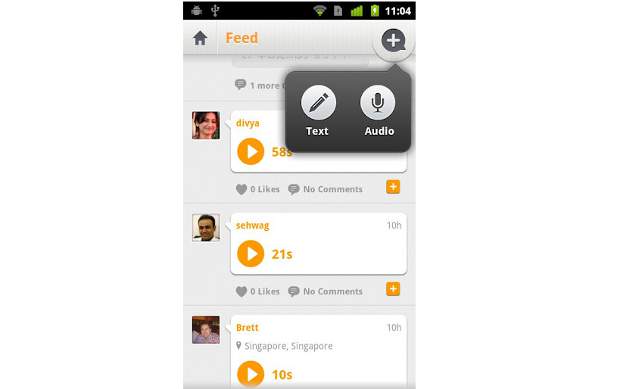 Bubbly app allows users to follow celebrities like sports stars, film stars and other known personalities, allowing users celebrity posts recorded in their own voice as well. Many popular celebrities like Amitabh Bachchan, Lara Dutta, R Madhawan and Priyanka Chopra have been added to the list and more are on the way. 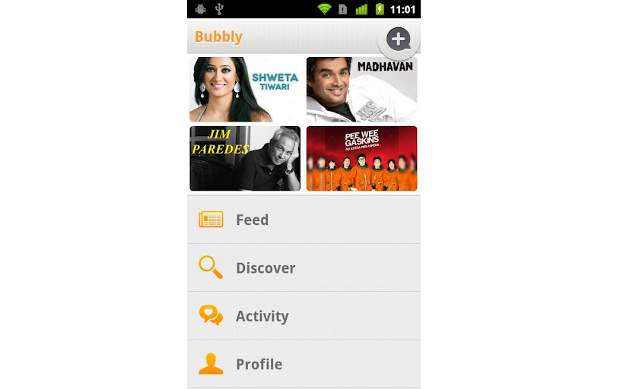 The application is available free of cost on Android (http://www.bubbly.net/download/) such that users can access all the features of this application including sending voice messages to friends and family. Along with that, to follow celebrities, users can follow any and all of the celebrities available on Bubbly for a one time fee or $2.99 or Rs 150 approximately. While the one time fee is being charged for the following celebrities, users will not be charged for connecting to their friends and family. This is free.