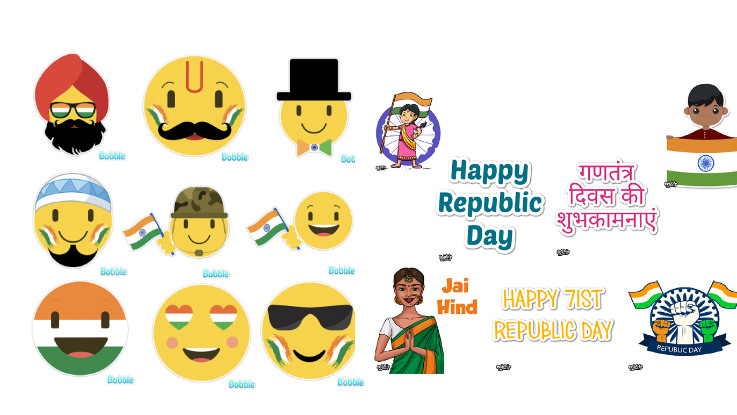 Bobble AI, the company behind Bobble keyboard, has revealed that it is the first Indic keyboard to integrate with WhatsApp. With this, it will now allow users to share any personalized stickers and emojis in just one tap.

The company has further revealed that it has introduced a series of GIFs, Stickers and Emoticons expressing secularism, pride and nationalism on its Bobble keyboard to mark the 71st Republic Day of India. The app is available on Android and iOS.

The process is fairly simple. Users need to open the WhatsApp application and then type a message using Bobble keyboard. The keyboard will show suggested stickers while you are typing a message on the top corner of the screen via a widget. Users can simply tap on the sticker and share it to their dear ones.

On the integration with WhatsApp, Rahul Prasad, Co-founder, and CTO, Bobble AI, said, “WhatsApp has now helped us in achieving the same. We are excited since this integration method opens door for multiple innovative and expressive features in future. WhatsApp being the primary messaging platform for millennial today, we aspire to equip them with fun and expressive features. The next one in the line is large sized standard emojis just like he custom republic day emojis we released today. Our one-tap feature is making the entire process easier and quicker.”

Bobble AI has recently partnered with Xiaomi to develop their ‘Mint Keyboard’ which will be pre-loaded across Xiaomi devices in India and Indonesia, to begin with, and later to the rest of the world.