The device appears to be the successor of BlackBerry KEYone with a QWERTY keypad and Snapdragon 660 processor.

Earlier this year, reports suggested that BlackBerry will be launching three new devices with similar specifications but different designs as an upgrade to its current line of smartphones. The company now seems to be gearing up for their next smartphone as renders suggest what appears to be BlackBerry Athena.

The TCL-owned company has been enjoying some success ever since it launched its QWERTY clad BlackBerry KEYone smartphone and from the looks of it, the upcoming BlackBerry Athena might feature a similar layout. According to the latest leak from SIPO, the Athena smartphone will be the first BlackBerry device to feature a dual camera setup at back with a dual LED flash.

BlackBerry Athena will bring the company’s old and elegant QWERTY style physical keyboard which was last seen in the KEYone, indicating that Athena could well line up as KEYone’s successor. The device comes with a rectangular slab-like design on a thinner form factor when compared to its predecessor, with BlackBerry’s signature texture finish at the back. There’s also a Convenience key that is placed in the middle of the volume rockers and the power button. 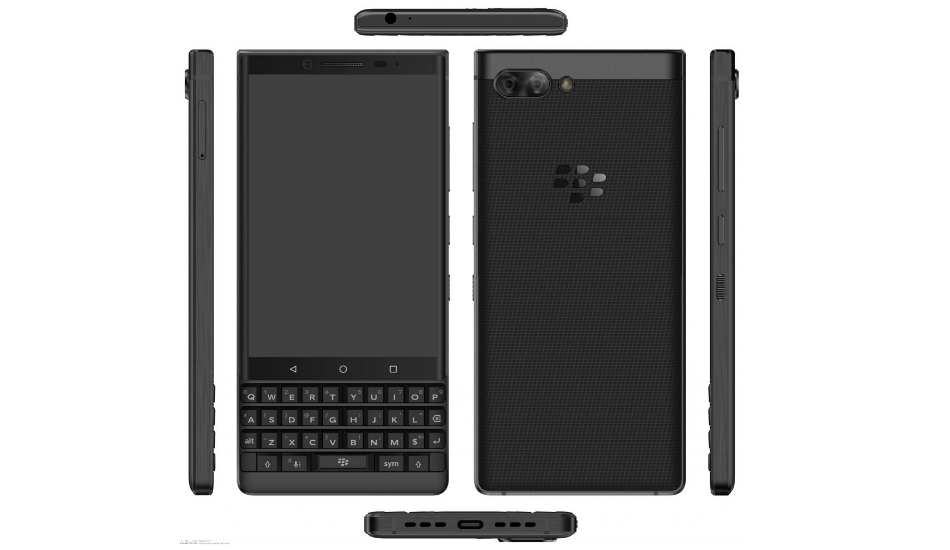 The Athena looks to be featuring a taller display with an aspect ratio of 16:10 with the QWERTY keyboard stacked up like on the KEYone. The bottom part of the phone will house the speaker grill and a USB-C port for charging with a headphone jack on the top. Previous rumours suggest that the phone will be powered by Qualcomm’s mid-range Snapdragon 660 chipset with 8GB RAM and 64GB of onboard storage.

BlackBerry is expected to release the Athena alongside other two phones; Luna and Uni all of which will mid-tier smartphones. BlackBerry’s Indian licensee Optiemus is also developing two new smartphones: Ghost and Ghost Pro, both of which will be released exclusively in India without the standard physical keyboards.