The BlackBerry OS 10.2.1 claims to bring hundreds of new enhancements and refinements that will make the things you do every day faster and easier.

BlackBerry today announced the release of BlackBerry 10.2.1 software update for BlackBerry 10 smartphones. The BlackBerry OS 10.2.1 claims to bring “hundreds of new enhancements and refinements that will make the things you do every day faster and easier”.

Among the new features include option to customise pinch gesture to filter BlackBerry Hub that lets you access all your messages and notifications in one place. Using this new feature, you can customise the Hub to show only unread messages, flagged messages, draft messages, meeting invites, sent messages or level 1 alerts. Once the filter criterion is set, you can simply activate it with a pinch gesture on the Hub’s message list.

The update also brings a new incoming call screen that lets you swipe to the left to answer or swipe right to ignore a call. New intuitive icons allow you to instantly silence the call, or send a Reply Now response through BBM, SMS or email that you can’t answer the phone right away. You can choose from a list of standard automated responses or respond with a personalised note. 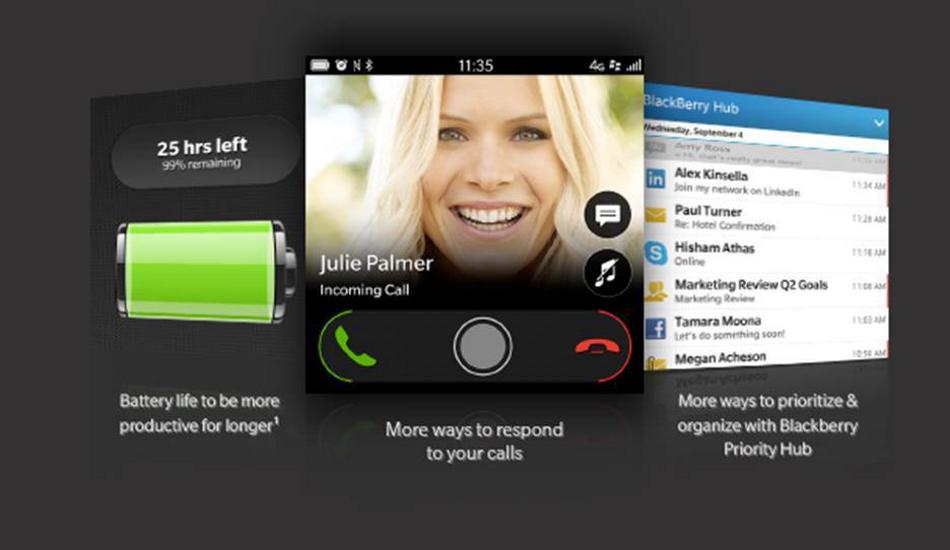 You can now create SMS and email groups for more efficient broadcast communications. You can now “Tap to open” a message that appears on the lock screen, letting you respond to an important message much quicker or to check messages more discreetly.

BlackBerry 10.2.1 software update would allows you to quickly unlock your phone using a combination of a picture and a number (0-9) of your choice, which you place at a particular point on the image. When you try to unlock the phone, the picture will appear along with a grid of random numbers. To unlock, simply drag the grid so the number you selected overlays the particular point on the image.

It also brings customisable quick settings menu. So now you can customise what appears on the settings menu, which includes features such as being able to quickly change the brightness of the smartphone’s display, toggle various network connections, and access the built-in flashlight. The settings menu also includes a toggle that lets you instantly switch between your personal and work perimeter.

You can now save the current web page you’re on for later viewing, even if you are offline or without an Internet connection. Also, the update allows users to choose the sync source of contacts ensuring you always have the most up-to-date contact details. When adding a new contact you can designate which sources you want the contact info to sync with, such as the corporate address book, Gmail, Hotmail, etc.

The BlackBerry 10.2.1 update brings a new and improved device monitor provides you with essential details on battery usage, the impact of installed apps on battery life and memory usage and storage, as well as CPU stats.

With the new OS, updates can be set to happen automatically over a WiFi connection to help ensure you’re always benefiting from the latest and best possible customer experience. When combined with BES10 version 10.2, enterprise customers will gain additional security features and IT policies for when more granular controls are required, such as for regulated industries and for organizations that work with sensitive data.

If you have a BlackBerry Z30, BlackBerry Q10 or BlackBerry Q5 smartphone, the new software update unlocks the built-in FM radio in those handsets. You can listen to local FM stations, which does not require any network connection.