According to the company, Nook HD’s 7-inch screen is the highest resolution based tablet display of the world while Nook HD+ claims to rival the industry-leading tablets’ display. The tablets have access to more than three million books, a large selection of magazines and apps, and also access to newly launched Nook Video and Nook Catalog content service.

This tablet comes with 7-inch display with 1440 x 900 resolution with an unprecedented 243 pixels per inch density, which is far ahead of any 7 inch tablet. This tablet is also able to play HD videos of up to 720p resolution. B&N claims that the tablet has 25 per cent more pixels than Kindle Fire HD. The tablet features IPS display coupled with optical bonding technology with no air gap to deliver low- glare and a wide viewing angle for sharing. 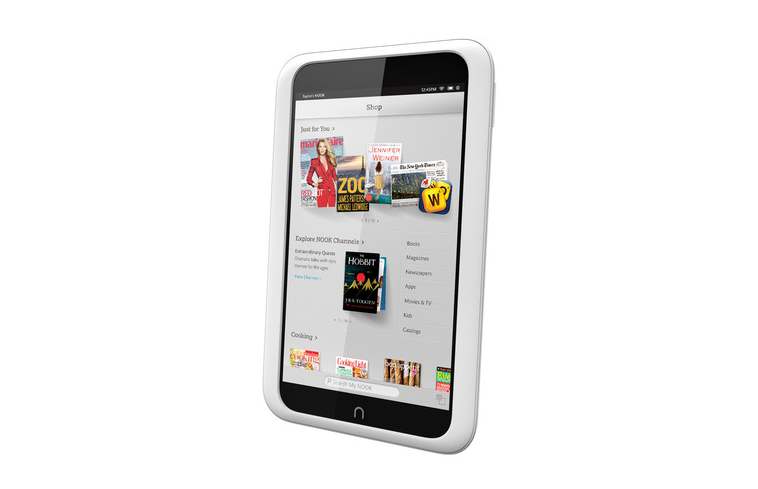 The tablet weighs only 315 grams and is 5 inches wide, and is claimed to be 20 per cent lighter and nearly a half-inch narrower than Kindle Fire HD. 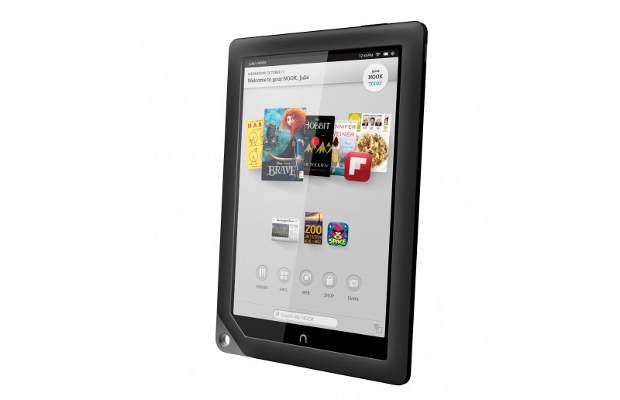 Nook HD and Nook HD+ are designed to provide a personalised experience for individuals and their family members. For this to happen Barnes & Noble has introduced New Nook Profiles, which instantly transform the device to any family member’s very own tablet.

With a quick tap on a profile at the top of the screen, the entire experience changes as per the particular person’s choice. Adults can use their personal passwords, to keep things away from children, that they don’t want them to see.

Nook Video offers standard and HD movies as well as TV shows which can be stream or downloaded in the Nook Cloud storage and can be viewed on Nook devices, TVs, smartphones and tablets via a suite of new free Nook Video apps which automatically syncs with other devices.

Also a new Magazine 2.0 service has been introduced that offers the largest digital collection of the top 100 bestselling magazines, available for both digital subscriptions and single copy sale. The company also introduced Nook Scrapbook, where magazine readers can virtually clip pages of interest and save them in customised digital scrapbooks.

Nook Catalog is another new feature which offers a selection of colourful, complimentary catalogs from leading retailers. And then there is the Top Apps service and a new revamped Nook store.

Sadly, Barnes & Noble has no plan to introduce these tablets in India, since it has no presence in India. You can however order them from some of the online sites, but some of the services will not be available in India. Also, for the available services, you have to shell out in dollars.