It is available in both free and paid versions.

AVG Technologies, a provider of Internet and mobile security, has launched a new version of AVG anti-virus for Android smartphones and tablets. Both free and paid versions of the AVG 3.1 anti-virus are now available for download from Google Play. The paid version is priced at Rs 799 for a lifetime use.

The smartphone and tablet versions of the anti-virus are also available with a little bit tweak. The company claims that the new version aims to offer best protection possible for mobile devices combined with a real ease of use.

Both versions for Android Tablets (3.1.2) have a completely new user interface, with simplified menus, screens and settings adding to the products’ look and feel and improving the ease of navigation. 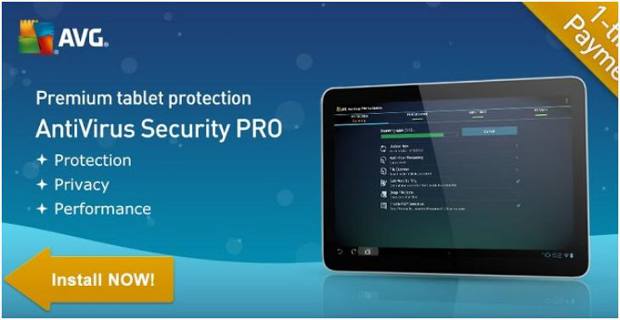 Both the versions now include a Call and SMS Blocker feature which lets the user filter unwanted calls and text messages by building their own customised “black and white” phone lists. Using these lists, the users can set their mobile device to automatically reject incoming calls and text messages from certain numbers. Instead of ringing through, calls can be rejected, sent an SMS (auto reply) or switched to silent.

“Our customers are increasingly telling us that so much of their daily lives are now connected with their mobile devices, so we recognise the importance of constantly improving the protection available to them,â€ said Omri Sigelman, vice president of Mobile Sales for AVG Technologies.

Sigelman added, “With a range of different options available to customers we are showing that device protection needn’t cost more than the device it is on or be overly complicated. No matter the budget, the main thing is that our customers feel confident that their devices will be able to support them in their busy digital lives.”

The AVG AntiVirus for Android version 3.1 offers anti-theft and privacy protection features. It has anti-virus and spam filters as well.

The paid version of the antivirus scans apps, settings, files, and media in real time, and also protects the phone during web browsing. The antivirus is designed to detect apps that use intrusive ads and potentially unwanted program.

It also kills tasks that slow your device, you can also monitor battery, storage and data package usage with this app. AVG Anti-Virus also comes with device tracker with remote lock and wipe ability. One can also lock apps with app blocker feature.

The free version doesn’t offer app locker and app backup feature, however you do get to try this feature with 14 day trial.

AVG has also tied up with Samsung to offer the paid version free to Samsung Galaxy users, however the offer is limited to UK right now.