The South Korean giant will launch the vehicle in 2019 and also showcased 16 other vehicles that are available globally at the event.

Kia Motors, a subsidiary brand of Hyundai Motor Company, has finally made its Indian debut with a new concept Sports Utility Vehicle (SUV) known as SP Concept, at the Auto Expo 2018,

The South Korean giant will launch the vehicle in 2019 and also showcased 16 other vehicles that are available globally. The brand will launch some of them in India, after going by customer feedback, in the country. Coming to the SP Concept, the SUV comes with company’s hallmark ‘Tiger Nose’ grille along with sleek headlamp design. The vehicle roughly bears the same size as we have seen in Hyundai Creta. 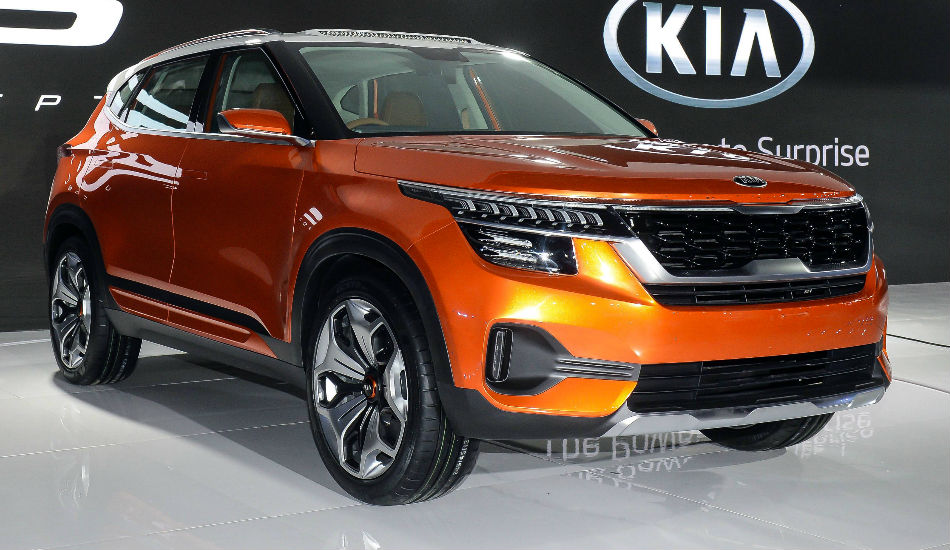 The SP concept comes with a combination of bright orange and white. It also comes with a modern and trendy cabin design as well. Apart from this, Kia Motors showcased and displayed a host of interesting cars at the Auto Expo 2018. The list includes Picanto, Rio, Stonic, Cerato, Cee’d, Cadenza, Stinger, Mohave, Sorento, Sportage and Grand Carnival. The brand also showcased its hybrid and electric vehicles including Optima Hybrid, Niro Plug-in Hybrid, and Soul EV.

“Over the last few years, SUVs have become the vehicle-of-choice among Indian buyers.  Combining the comfort and space of a sedan with the ability to tackle all kinds of terrain, we intend to storm the market with an SUV that will set new parameters in motoring. It’s still a concept – so it’s a little bit exaggerated – but the actual production car will be very close to what you see here at AutoExpo 2018,” said, Peter Schreyer, Chief Design Officer of Kia Motors Corporation.

“Kia’s long-term objective being to replicate the success we has come to be associated with the world over and, as we say at Kia, ensure that, ‘The Power to Surprise’ is reflected in everything that we do in India,” said, Kookhyun Shim, Managing Director & CEO or Kia Motors India (KMI).

Xiaomi to introduce new earphones with HD Audio on February 25

Top 10 features of Samsung Galaxy Z Flip: Should you buy it (or not)!