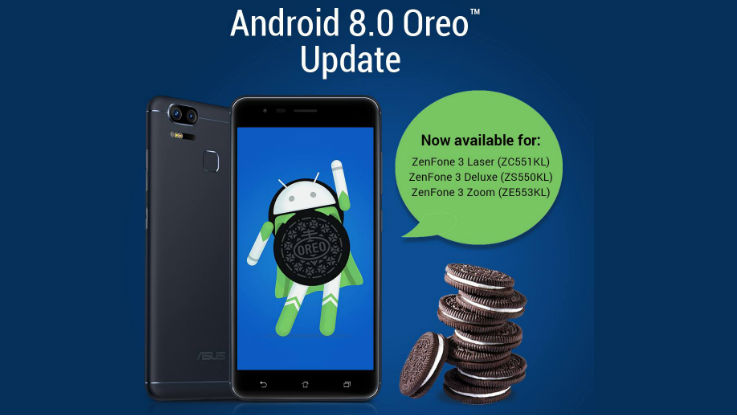 The company has confirmed that it will be rolling out Oreo update to the Asus Zenfone 3 Laser, Zenfone 3 Deluxe and Zenfone 3 Zoom by the end of March 2018.

The news was confirmed by Asus Malaysia on their official Twitter handle. The tweet reads, “#AndroidOreo coming soon for these #ZenFone 3 models, end of March 2018!” The brand also posted an image that reveals Asus Zenfone 3 Laser with model number ZC551KL, Zenfone 3 Deluxe (ZS550KL) and Zenfone 3 Zoom (ZE553KL) will be updated to the latest operating system.

Previously, the brand rolled out Android Oreo update for its Zenfone 4 Pro smartphone (model ZS551KL).The Android 8.0 Oreo update has a version number of V15.0410.1802.34 and is currently available as an OTA but can be manually downloaded to the phone. Users can go to Settings> About Phone, to check for the latest update.