Both the new Strix Scar II and Hero II will be powered by the latest 8th Gen Intel Core i7-8750H with up to 32GB of DDR4 RAM employed through dual channels. The biggest highlight of the gaming laptops is the 144Hz super-narrow-bezel display that has a response time of 3ms for a super-smooth and clear gaming experience.

Asus has announced a new line of Republic of Gamers (ROG) gaming laptops in India namely – Strix SCAR II and Hero II. The latest notebooks range will offer 144Hz Refresh Rate display and HyperStrike Pro keyboard for an enhanced experience during extended hours of gaming. The new Asus gaming notebooks will start selling in India on August 30 for a starting price of Rs 1,39,990.

Both the new Strix Scar II and Hero II will be powered by the latest 8th Gen Intel Core i7-8750H with up to 32GB of DDR4 RAM employed through dual channels. There will be 1TB of FireCuda SSHD storage in addition to the PCIe SSD disk which amounts up to 512GB storage.

The biggest highlight of the gaming laptops is the 144Hz super-narrow-bezel display which has a response time of 3ms allowing room for super-smooth and clear gaming experience without lag. This goes well with the 6GB NVIDIA GeForce GTX 1060 and 8GB GTX1070 that are available in both the notebooks to provide adequate gaming power on the go.

Both the Hero II and Strix Scar II come with a full desktop-inspired gaming keyboard that includes four hotkeys, customised Aura-sync RDB lighting, HyperStrike Pro technology and 0.25mm-deep keycap curves. While the Scar II comes with a highlighted WASD key group, the Hero II has transparent QWER keycaps in order for it to be used even in the darkest environments. Asus claims that each key has been tested and sampled to last for 20 million key presses. 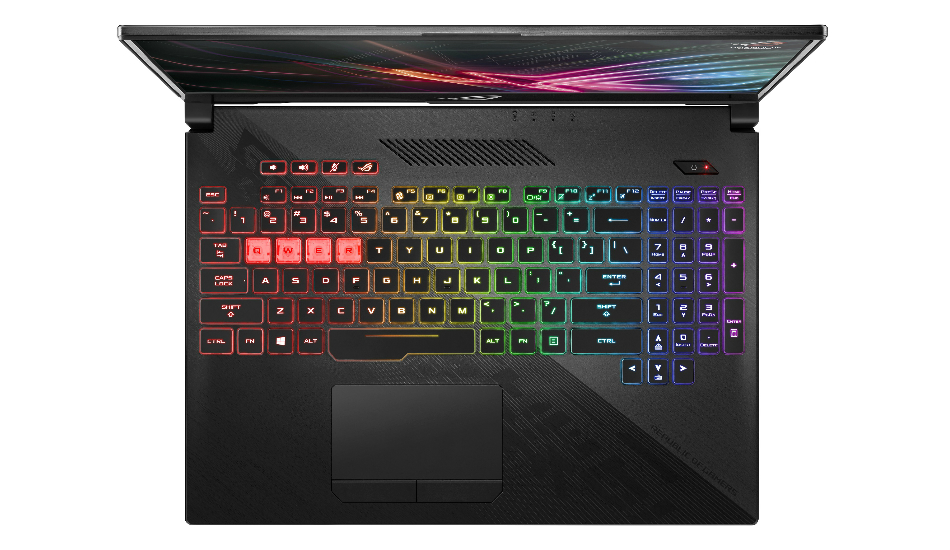 The new ROG laptops are provided with HyperCool Pro thermal system that offers extended cooling that soaks up and dissipates the heat generated to the outside. There are two 12V high power fans which will deliver airflow to keep the internals to below 90 degrees. There’s also an Anti-Dust Cooling (ADC) system which keeps dust and dirt from entering the chassis.

Commenting on the launch, ROG & PC Head of ASUS India, Arnold Su said “We are extremely excited to introduce the two new and formidable e-sports gaming laptops to our growing gamers tribe. SCAR II and HERO II are crafted to perfection, keeping in mind the unique preferences of gamers, providing a robust performance and awe-inspiring aesthetics. We are certain that the power-packed laptops will be a hit amongst the gamers and look forward to an affirmative response”.