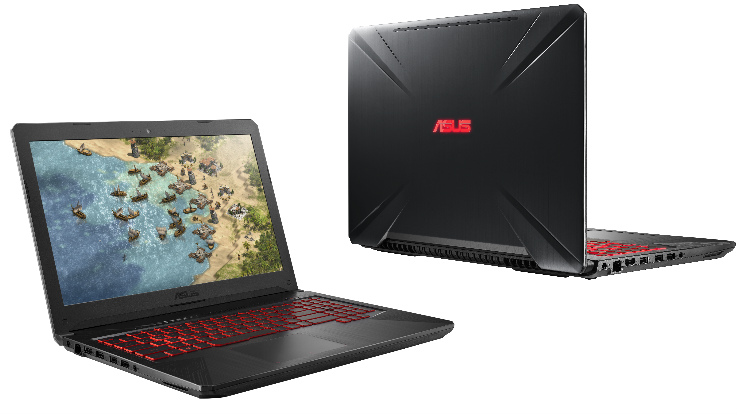 Asus has introduced two new gaming laptops under its Republic of Gamers (ROG) series. The brand has announced ROG G703 and it has introduced a new TUF Gaming series with the launch of TUF Gaming FX504 laptop. The G703 comes with a price tag of Rs 4,99,990 and it will be available from June 1st week in LFR stores and online stores. The TUF Gaming FX 504 is priced at Rs 69,990 for the Core i5 variant, while the Core i7 variant is priced at Rs 89,990.

Starting with new TUF Gaming series, the new series is meant to be durable and reliable. The gaming laptop features a 15.6-inch Full HD display with a fast refresh rate of 120Hz and 3ms gray-to-gray (GTG) response time along with 130 percent sRGB colour gamut and wide-viewing angle. The major takeaway here is the 120Hz refresh rate, which will surely allow gamers to have smoother gaming visuals.

The laptop is powered by up latest 8th generation Intel Core i7 processor and it is backed by an NVIDIA GeForce GTX 1050 Ti graphics card with Microsoft DirectX 12 support. The gaming laptop is backed by an 8GB of RAM and 128GB of PCIe SSD storage. One of the key features of this game HyperCool technology. The thermal design of FX504 significantly prolongs its lifespan and provides stable cooling during intense gaming marathons. HyperCool technology pairs the patented Anti-Dust Cooling(ADC) system with Fan Overboost. The ADC system expels harmful dust particles and dirt through two dedicated tunnels to prevent build-up in the thermal fins. The Fan Overboost function provides users with three different modes for the perfect balance between fan performance and noise level.

The FX504 has a desktop-style gaming keyboard that is optimized for extended gaming and typing sessions. It’s one of the most durable keyboards to be found in a laptop, with a lifespan of 20 million key presses, the company claims. It has a 1.8mm of travel for smooth keystrokes along with backlit keys with highlighted WASD keys. 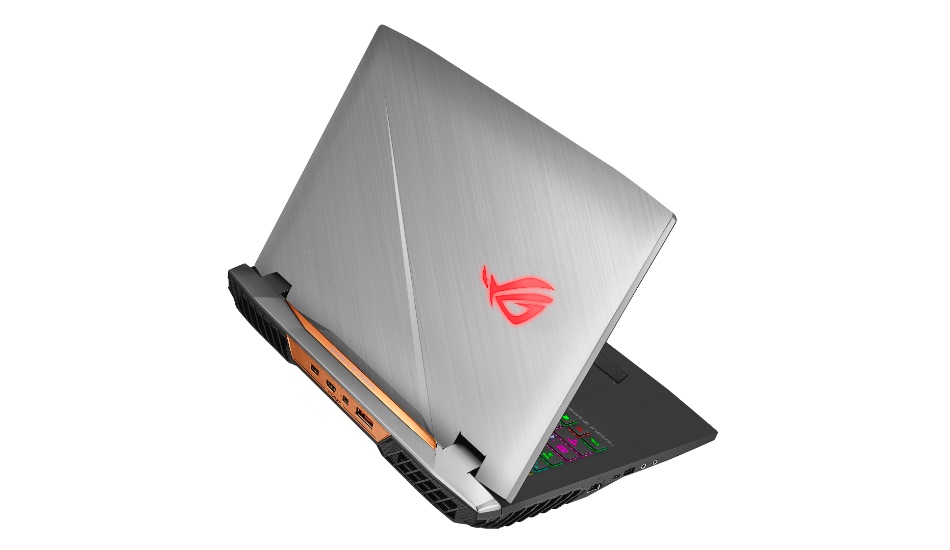 Coming to the most powerful gaming laptop, the ROG G703 is powered by the latest Intel Core i9-8950HK processor that has been factory-overclocked for speeds of up to 4.8GHz, 11 percent more than base speed. The gaming laptop is powered by NVIDIA GeForce GTX 1080 graphics card along with 8GB GDDR5X VRAM at 1974MHz and 10.3GHz respectively.

ROG G703 comes in a 17.3-inch FHD IPS display with 144Hz high refresh rate with 3ms GTG response time reduces with NVIDIA G-SYNC support to ensures smooth and seamless graphics. The G703 can handle the latest AAA gaming titles at Ultra graphics settings without visual tearing, lag, or any frame rate stutter. The display even features an anti-glare coating to get rid of those distracting reflections.

The ROG G703 supports Aura Sync technology lets gamers customize and sync up light effects with Aura Sync-supported gaming mice, headsets, and other peripherals to create a gaming setup with a consistent look and feel. Aura Sync has a palette of 16 million colours and eight lighting modes that can be accessed via the Aura control panel.