Asus ROG 5s specs and launch date has been leaked online. The phone is said to be launched on August 16th. 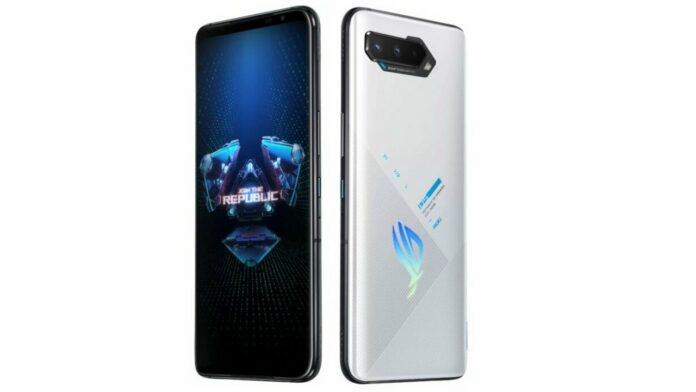 Earlier this year, Asus announced the ROG Phone 5 series of gaming smartphones. Now as per a new report, the company is now working on the ROG Phone 5s with updated specs.

Tipster Mukul Sharma has shared a snapshot from a retailer listing. The leaked image sheds light on the key specs of the unannounced ROG Phone 5s smartphone. As per the leak, the phone will come equipped with an OLED panel that offers a 144Hz refresh rate.

Under the hood, the Asus ROG 5s will be powered by Snapdragon 888 Plus chipset. The phone is said to come in two variants – 12 GB RAM + 256 GB storage and 18 GB RAM + 512 GB storage. It will pack a 6,000mAh battery that supports 65W fast charging. The other details like screen size, camera are yet not known.

Apart from the specifications, the launch date of the ROG 5s smartphone has also been tipped. As per a post by a Twitter user, the device will be launched on August 16th.

On the camera front, the ROG Phone 5 gaming phone sports a triple rear camera setup, comprising a 64-megapixel primary sensor, a 13-megapixel ultra-wide lens, and a 5-megapixel macro camera. On the front, there is a 24-megapixel selfie snapper.

The phone comes with a 6000mAh battery with 65W HyperCharge fast charging that can charge up to 4200mAh (70%) in 30 minutes and 100% in 52 minutes. It comes with an in-screen fingerprint scanner. For the software, the phone runs Android 11 operating system with ROG UI out-of-the-box.