The Asus ROG All-Women Valorant tournament will be held on March 10. The registration have started and will end on 6th March. 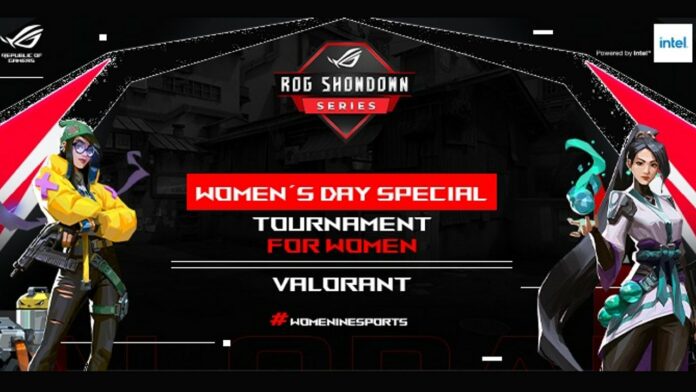 Asus India has announced a new ROG (Republic of Gamers) tournament exclusively for women gamers. This Asus ROG All-Women Valorant has been announced just ahead of International Women’s Day on March 8th.

Asus India is inviting women professional teams and esport enthusiasts from across South East Asia to participate. The winning team will take home Rs 50,000 and the first runner up will win Rs 25,000. With this initiative, Asus India aims to celebrate the increasing gender diversity in the realm of e-sports, says the company.

As per the compnay, a number of teams have expressed keen interest to participate with members belonging to various geographies including India, Singapore, Philippines, and Vietnam. The players will have the chance to battle industry heavyweights like VLT x Asteria and Lethal esports Blue as these teams have already signed up.

In a related note, Asus recently launched Asus 8z in India. The Asus 8z is priced at Rs. 42,999 for the single 8GB + 128GB model. It comes in Obsidian Black and Horizon Silver colour options.

The Asus 8z will be exclusively available for sale via Flipkart. The first sale will be held on March 7 at 12 noon on the e-commerce portal. The new smartphone comes with 120Hz refresh rate display and Qualcomm Snapdragon 888 SoC. The phone is equipped with a 64MP Sony IMX686 primary sensor and a 12MP Sony IMX363 secondary sensor that has an f/2.2 ultra-wide lens.