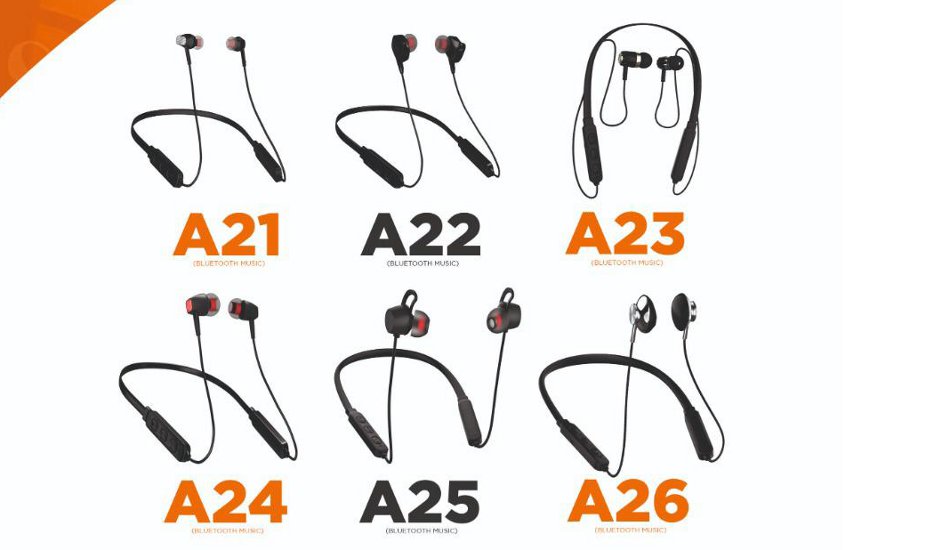 The new neckband series comes with 90mAh battery ensuring a playtime of 6 hours and have a charging time of 1.5 hours.

Arrow has launched its new wireless in-ear neckband headset series- “A” in India. The newly launched neckband series start at a price point of Rs 1,249 and can be purchased in the following colour combination – Black Silver, Black Gold, Black, Black Red, Black Grey from all the leading outlets across India.

“A” series wireless neckbands have 6 different models – A21, A22, A23, A24, A25 and A26 in its range which come in different colour combinations for users to choose from.

The newly launched “A” Series comes packed with 90hours of backup and standby Time. Owing to their shape and unique design, the neck bands are extremely light-weight and sleek in design while sitting comfortably in your ears.

Arrow “A” series wireless neckbands are lightweight and easy to operate, allowing you to connect your dual devices with its advanced Bluetooth Version 5.0 and Dual Pairing feature. They can be paired easily with any smartphone and other devices with Bluetooth connectivity with a working distance of 32 feet (10 meters).

The new neckband series comes with 90mAh battery ensuring a playtime of 6 hours and have a charging time of 1.5 hours.