This app suggestion engine utilises the pattern of applications downloaded by the user on their devices and what they search for to suggest application that user's might be interested in using.

Appreciate app, which is the newest kid on the block for personalised application suggestions, has been launched on Android Google play.

This app suggestion engine utilises the pattern of applications downloaded by the user on their devices and what they search for to suggest application that user’s might be interested in using.

Appreciate app also has a community based app suggestion feature. The applications searches for users that have similar app usage pattern and recommends the same to others who have similar surfing patterns. 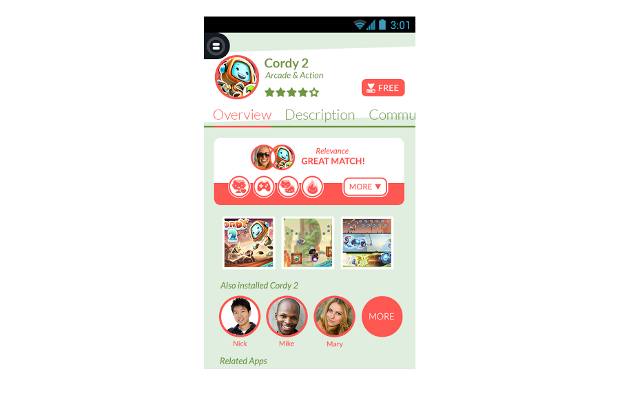 The app has added feature where it allows users to discover application and also search for alternatives of the application they are using based on the reviews that have been left for the different apps by the community of Appreciate users.

The application is available free of cost for Android devices running 2.2 and above and can be downloaded from the Google Play store.