Apple has unveiled the new Mac Studio that can be paired with the new M1 Ultra SoC, along with a new Studio display. 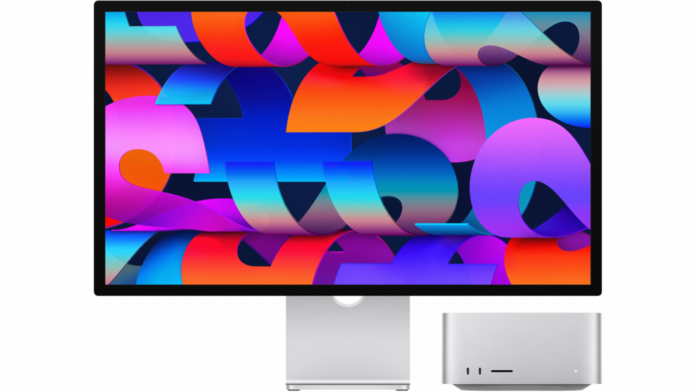 Apple has introduced Mac Studio and Studio Display, where the former is a new Mac desktop and the latter is a display. Mac Studio is powered by M1 Max and the new M1 Ultra, the world’s most powerful chip for a personal computer, claims Apple. The new Studio display features a 27-inch 5K Retina display along with a 12MP Ultra Wide camera with Center Stage.

The Studio Display is Rs 1,59,900, and Rs 1,43,910 for education. Additional technical specifications, including nano-texture glass and a choice of stand options, are available at the Apple Store Website.

Built from a single aluminium extrusionwith a square footprint of just 7.7 inches and a height of only 3.7 inches, Mac Studio takes up very little space and fits fine under most displays. Mac Studio also features an innovative thermal design that enables enhanced performance. The unique system of double-sided blowers, precisely placed airflow channels, and over 4,000 perforations on the back and bottom of the enclosure guide air through the internal components and help cool the high-performance chips.

Powered by either M1 Max or M1 Ultra, the Mac Studio delivers for heavy workflows. M1 Ultra builds on M1 Max and features the all-new UltraFusion architecture that interconnects the die of two M1 Max chips, creating a system on a chip (SoC) consisting of 114 billion transistors, the most ever in a personal computer chip.

Apple’s unified memory architecture has also scaled up with M1 Ultra. Memory bandwidth is increased to 800GB/s, more than 10x the latest PC desktop chip, and M1 Ultra can be configured with 128GB of unified memory. The 32-core Neural Engine in M1 Ultra runs up to 22 trillion operations per second. And, with double the media engine capabilities of M1 Max, M1 Ultra offers unprecedented ProRes video encode and decode throughput.

On the back, Mac Studio includes four Thunderbolt 4 ports to connect displays and high-performance devices, a 10Gb Ethernet port, two USB-A ports, an HDMI port, and a pro audio jack for high-impedance headphones or external amplified speakers. Wi-Fi 6 and Bluetooth 5.0 are built in as well. And because users frequently connect and disconnect devices, like portable storage, Mac Studio includes ports on the front for more convenient access.

There are two USB-C ports, which on M1 Max supports 10Gb/s USB 3, and on M1 Ultra supports 40Gb/s Thunderbolt 4. There is also an SD card slot on the front to easily import photos and video. And Mac Studio provides extensive display support — up to four Pro Display XDRs, plus a 4K TV — driving nearly 90 million pixels.

The all-new Studio Display complements Mac Studio and other Macs. It features a 27-inch 5K Retina screen with over 14.7 million pixels. There’s 600 nits of brightness, P3 wide colour, and support for over one billion colours. True Tone technology automatically adjusts the display’s colour temperature as the environment changes for a more natural viewing experience.

Its built-in stand allows the user to tilt the display up to 30 degrees. To meet the needs of a variety of workspaces, Studio Display also offers a tilt- and height-adjustable stand option with a counterbalancing arm that makes the display feel weightless as it is adjusted. A VESA mount adapter option is also available, and supports landscape or portrait orientation for even more flexibility.

Featuring the A13 Bionic chip, Studio Display delivers enhanced experiences with its advanced camera and audio system. The video conferencing display includes a 12MP Ultra Wide camera with Center Stage, a feature that automatically keeps users centred in the frame as they move around.

Studio Display has three USB-C ports that deliver speeds up to 10Gb/s to connect high-speed peripherals, storage, and networking right into the display. A Thunderbolt port enables users to connect Studio Display and any connected peripherals to their Mac with a single cable. The same cable also delivers 96W of power to a Mac notebook, allowing Studio Display to even fast-charge a 14-inch MacBook Pro.

Upto three Studio Displays can be connected to MacBook Pro. To complement the design of Studio Display, there’s a new silver-and-black colour option for Magic Keyboard with Touch ID, Magic Trackpad, and Magic Mouse that customers can purchase separately.