Apple seems to be working on a foldable all-screen MacBook that could launch 4 to 5 years from now. 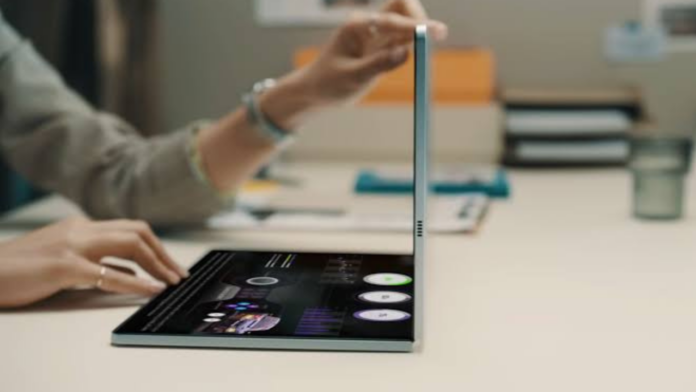 Every other major OEM including Oppo, Xiaomi, Samsung, Huawei, etc have a foldable smartphone under their product portfolio except Apple. However, there were reports that suggested the Californian smartphone maker would soon be unveiling its foldable smartphone but that plan seems to have taken a turn. Instead, Apple seems to be working on a foldable MacBook while the foldable iPhone is no longer Apple’s priority and has been delayed.

According to a new report from Display Supply Chain Consultants (DSCC) analyst Ross Young, the foldable iPhone has been delayed until 2025. The reason given behind the display is that the company is exploring all-screen foldable MacBooks.

Previous reports stated that Apple will launch the foldable iPhone sometime during 2023 or 2024 to compete with other manufacturers. However, Apple seems to have changed its priority to MacBooks and is allegedly exploring possibilities of offering an all-screen foldable notebook.

The company is currently in the discussion phase with suppliers for around 20-inch foldable screens. However, the launch of the foldable MacBook is set for 2026 or 2027. This could mean that we may see a foldable iPhone before the launch of a MacBook that can fold.

As for other upcoming launches, Apple seems to be targeting a date on or near March 8 for the event where it plans to unveil a new low-cost iPhone and an updated iPad, people with knowledge of the matter shared it with Bloomberg. Further, the announcement will mark Apple’s first major event since its October 2021 event where it launched the new MacBook Pro. Like the company’s other recent launches, this one is also expected to be an online presentation rather than in-person.