Apple ‘Peek Performance’ event set for March 8: Here’s what you can expect

Apple has officially announced the Peek Performance event that is scheduled for March 8 where a new iPhone and iPad are expected to debut. 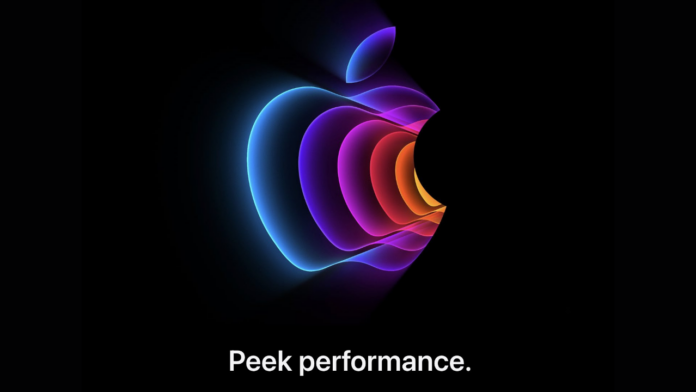 The rumours were true which said that Apple will hold an event this month as the Californian smartphone maker has announced that it is hosting its ‘Peek Performance’ event on March 8. The event will be a digital one, same as Apple’s last couple of events. Further, it will be live streamed on Apple.com at 10 AM PST (11:30 PM IST).

Past reports have suggested that Apple is expected to unveil a new low-cost iPhone and an updated iPad Air. The new iPhone is expected to be the SE 3 which will succeed the SE 2 that was unveiled almost two years back, in 2020. iPhone SE 3 is said to sport the same compact housing as its predecessor with the glass and aluminium chassis.

iPhone SE 3 is said to not have support for MagSafe charging and will only support the conventional Qi Wireless Charging. Furthermore, it should now have 5G support and a faster A15 Bionic chip under the hood which was unveiled alongside iPhone 13 series back in October of 2021.

iPad Air 5, a.k.a the successor to the iPad Air 4 that was launched in late 2020 will also make an appearance at the ‘Peek Performance’ Apple event. This one is also supposed to come with 5G support, a 10.9-inch screen and again, a faster chip inside, likely the A15 Bionic.

On the software side of things, Apple is said to be working towards releasing iOS 15.4 in March itself. For those unaware, the public beta for iOS 15.4 is already live and comes with Universal Control feature which Apple unveiled last year during its Spring event. The update also allows iPhones to unlock even if the user has a mask on.