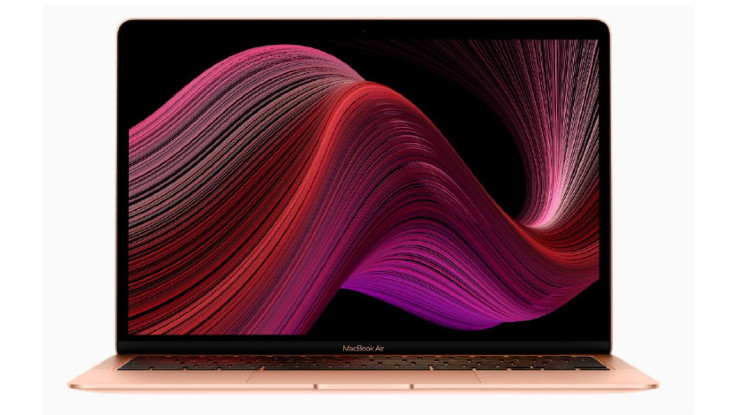 The laptop comes with a starting price of Rs 92,990 for the Core i3 model and it will be available soon in India.

Apple has announced the launch of refreshed MacBook Air laptop with a new Magic keyboard. The laptop comes with a starting price of Rs 92,990 for the Core i3 model and it will be available soon in India.

The latest MacBook Air laptop comes loaded with the 10th generation of Intel Core processors up to 1.2GHz quad-core Core i7 with Turbo Boost speeds up to 3.8GHz. The company claims that the MacBook Air delivers up to 80 per cent faster graphics performance.

However, the major highlight of the laptop is the new Magic keyboard, which was first introduced in 16-inch MacBook Pro. The Magic Keyboard comes with a redesigned scissor mechanism that delivers 1mm of key travel for a comfortable and stable key feel. It also features an inverted-“T” arrangement for the arrow keys. The MacBook Air is loaded with a 13-inch Retina display with a screen resolution of 2560 x 1600 pixels, 227ppi pixel density and more.

MacBook Air features a unibody wedge design made from 100 per cent recycled aluminium and comes in three finishes — gold, silver and space grey. The MacBook Air is loaded with an 8GB of 3733MHz RAM and for the first time, the MacBook Air now comes with 256GB storage and it offers up to a 2TB of SSD.

In terms of security, the MacBook Air is loaded with Apple T2 Security Chip, which checks that software loaded during the boot process has not been tampered with and provides on-the-fly data encryption for everything stored on the SSD. Furthermore, it comes with Touch ID along with Force Touch trackpad. In terms of connectivity, it supports 2x Thunderbolt 3 ports for charging, DisplayPort, Thunderbolt (up to 40Gb/s), USB 3.1 Gen 2 (up to 10Gb/s). The laptop is backed by a 49.9 watt-hour lithium battery that is claimed to deliver up to 11 hours of web surfing.