Let’s take a look at the entire list of Top Upcoming Smartphone launches in the coming weeks by Apple, Xiaomi, iQoo and more. 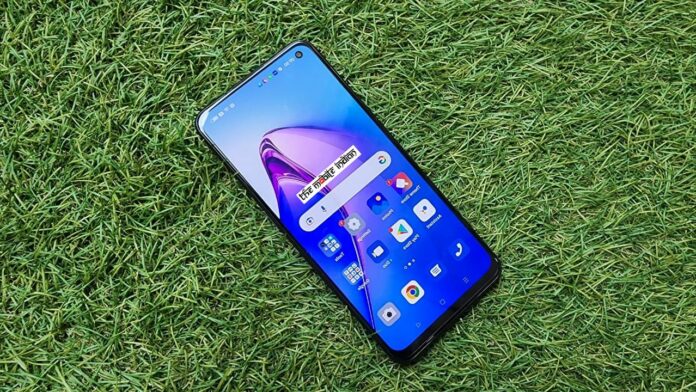 We are in the month of September and going to see a lot of smartphone launches soon. Plenty of noteworthy smartphones are lined up for their launch this month. We will see many launches from brands like Apple, Xiaomi, iQoo, Vivo, Poco and more. In this article, we will talk about the upcoming smartphones to watch out in September 2022. Let’s take a look at the entire list of upcoming smartphones here.

Apple has announced the launch of the iPhone 14 on September 7. This will include a 6.1-inch iPhone 14.

The iPhone 14 may have a 6.1-inch panel. It should have support for HDR, TruTone, and 1200 nits of peak HDR brightness. Under the hood, it should be powered by the company’s A15 Bionic chipset which promises improved overall performance. It gets faster machine learning with its next-generation Neural Engine.

The iPhone 14 should have a dual camera set-up. This includes a 12-megapixel f/1.6 primary camera and a 12-megapixel f/2.4 120° ultra wide camera. There will be a 12MP camera on the front of the iPhone 14 with an f/2.2 lens. You also get 3D facial recognition inside a notch. The iPhone 14 packs a battery that gives 19 hours of video playback while the Mini gives out 17 hours of playback. It will come with 25W fast charging and 15W wireless charging support via MagSafe chargers.

As per reports, the iPhone 14 Pro model may start at $1,049 (roughly Rs. 83,000). It is expected to get the new Apple A16 Bionic chip. The new iPhone 14 model is rumoured to come with a 120 Hz refresh rate and 6.06-inch touchscreen display. It would also continue to start at 128GB of storage. Rumour has it that the iPhone 14 Pro could feature a new 48MP main sensor. It is said to come in Green, Purple, Silver, Gold, and Graphite shades.

iPhone 14 Pro Max can be priced at $1,149 (roughly Rs. 91,000). It is rumoured to come with a 120 Hz refresh rate and a 6.70-inch touchscreen display. The iPhone 14 Pro Max will reportedly get an improved 48-megapixel wide-angle sensor on the back. It may get support for 30W charging as well. Other details are not known yet.

iQOO is preparing to launch a new low-cost 5G smartphone in India. The iQoo Z6 Lite 5G is tipped to launch in the second week of September. It is said to be a rebranded version of the Vivo T1x, which was launched in India in July.

Meanwhile, iQoo Z6 Lite 5G was also spotted on the Bureau of Indian Standards (BIS) certification website with the model number I2208. It suggests that this device will be launched in India soon.

The phone could sport a 6.58-inch IPS LCD display that has Full HD+ resolution. It might be powered by Qualcomm Snapdragon 680 SoC with up to 6GB of RAM and 128GB of storage. The phone should be backed by a 5,000mAh battery with 44W fast charging support. It will run on Funtouch OS 12 based on Android 12.

The iQoo Z6 Lite 5G will have a dual rear camera unit. It could include a 50-megapixel primary with an f/1.8 lens and A 2-megapixel secondary sensor with an f/2.4 lens. There can be an 8MP camera on the front for selfies and video calls.

Xiaomi is expected to bring Xiaomi 12T Pro smartphone with a 200MP camera and Snapdragon 8+ Gen 1 chipset soon. The phone is said to be a rebranded Redmi K50 Ultra.

The device is said to come with a punch-hole panel having a resolution of 1220 x 2712 pixels. The screen will have a screen density of 480 pixels. Furthermore, the Xiaomi 12T Pro will pack Snapdragon 8+ Gen 1 SoC coupled with 12GB of RAM.

The phone could come with a 6.67-inch punch-hole AMOLED display with 120Hz high refresh rate support. It is expected to come with a triple rear camera set up with a 200MP Samsung HP1 sensor, an 8MP ultra-wide lens, and a 2MP macro sensor. Upfront, it will have a 20MP camera for selfie shots. It will run Android 12-based operating system.

Motorola will be launching Motorola Edge 30 Ultra smartphone in India on September 8. The company has also confirmed that the upcoming smartphone will be the first in the world to feature a 200-megapixel primary camera on the rear.

On the camera front, the smartphone packs a triple rear camera setup and is claimed to be the first-ever smartphone to feature a 200-megapixel camera sensor. The other two sensors include a 50-megapixel ultra wide angle lens and a 12-megapixel telephoto shooter. On the front, the phone is equipped with a 60-megapixel selfie camera.

There’s an in-display fingerprint scanner for security. The Edge 30 Ultra packs a 4,500mAh battery with 125W fast charging support. Motorola claims that the battery can be charged to 50 percent in just 7 minutes and a 100 percent charge can be achieved in 19 minutes. It also supports 50W wireless fast charging.

The Vivo X80 series was first launched in China in April this year, and the same series was then launched in India in May. Now Vivo is reportedly planning to unveil a new X series smartphone in September called Vivo X80 Pro+.

As per earlier reports, the Vivo X80 Pro+ may feature a quad rear camera setup. This will include a 50-megapixel GN1 primary sensor, a 48-megapixel Sony IMX598 ultra-wide camera, a 12-megapixel portrait sensor, and an 8-megapixel periscope telephoto camera. The device is said to sport a 32-megapixel front camera.

Asus has confirmed that it is launching a new smartphone globally on September 19 and it will be the Asus ROG Phone 6D Ultimate. This will be the third model in the ROG Phone 6 series which already consists of the standard and Pro models.

The ROG Phone 6D Ultimate will draw power from a Dimensity 9000+ processor. It will be the first gaming phone to offer this processor. The device has also been spotted on AnTuTu benchmarking website in the past where it scored 11,46,594 points. It is tipped to come with a 50-megapixel Sony IMX766 primary camera and could pack a 6,000mAh battery with support for 65W fast wired charging.

The smartphone has reportedly also visited multiple certification websites. It is yet to be seen whether the ROG Phone 6D Ultimate will retain other specifications from the ROG Phone 6 Pro or not.

Redmi India has announced to launch the Redmi 11 Prime 5G in India on September 6. There will also be a 4G version along with the Redmi 11 Prime 5G. It is expected that the phones will go on sale for Diwali during the Mi Sale. The official sale information has not yet been confirmed by Xiaomi.

The phone is likely a rebadged Redmi Note 11E 5G from China. The device will sport a teardrop-style notch on the display to house the selfie camera. It will have a 6.58-inch IPS LCD screen with a Full HD+ resolution and a 90Hz refresh rate. There will be a dual rear camera setup. This will include a 50-megapixel primary sensor and a 2-megapixel portrait shooter. On the front, there is a 5-megapixel selfie camera.

The Redmi 11 Prime 5G will probably ship with MIUI 13 on top of Android 12 out of the box. Lastly, it will be backed by a 5,000mAh battery with support for 18W fast charging.

Poco has announced that it is globally launching the Poco M5 4G on September 5. The device will also be launched in India on the same date at 5:30 PM IST. As per rumours, the device will start under Rs 15,000 in India.

Moving on, the phone will reportedly run Android 12-based MIUI 13. Further, the phone will be backed up by a 5,000mAh battery with 33W fast charging support. For connectivity, the smartphone should include dual SIMs, Wi-Fi, Bluetooth, GPS, NFC, a 3.5mm headphone jack, and a Type-C port.

There will be a triple rear camera setup. This consists of a 64-megapixel primary sensor, an 8-megapixel ultra-wide angle shooter, and a 2-megapixel macro camera. In addition, it sports a 16-megapixel camera sensor at the front. It is backed up by a 5,000mAh battery with 80W fast charging support and runs on Android 12-based Realme UI 3.0 OS.