Apple iPad Air 2 which runs on iOS 8 will be available in six versions - 3 WiFi and 3 WiFi plus cellular.

Apple has launched the iPad Air 2 and it will go on sale in 29 countries in next two week. There is no clarity on when will it make it to the Indian stores. 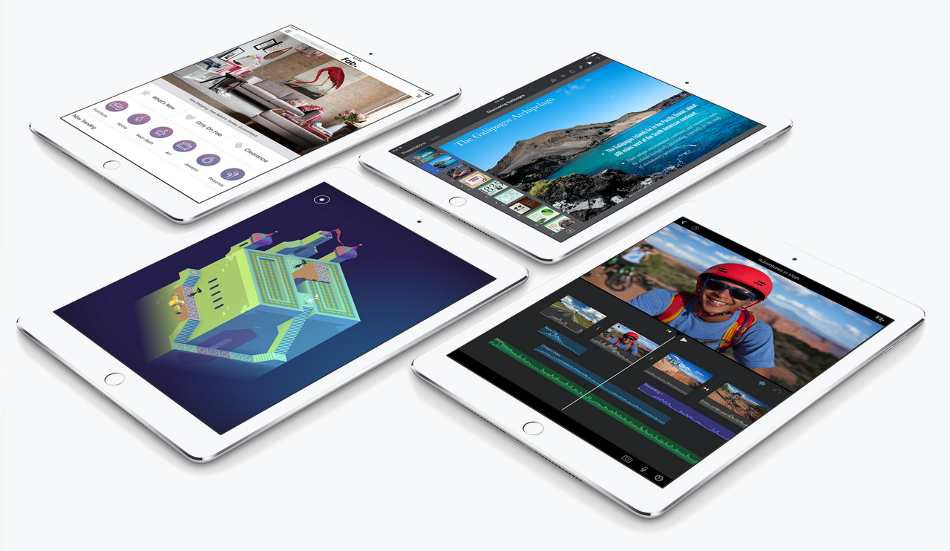 Apple iPad Air 2 has a 9.7-inches display screen with 2048Ã—1536 resolution at 264 pixels per inch. It is 6.1 mm thick and weighs 437 grams. The iPad Air 2 comes with the A8 64-bit architecture processor along with the M8 motion co-processor and 2 GB RAM. It is armed with an 8 megapixel rear camera and 1.2 megapixel front camera.

It also comes with a Touch ID fingerprint scanner which allows its users to store fingerprints that can be used to make transactions on the Apple App Store. This feature is also available on the iPhone 5s, iPhone 6 and iPhone 6 Plus.