Apple has announced the rollout of iOS 16.1, iPadOS 16.1 and also said that the price for its subscription services will increase. 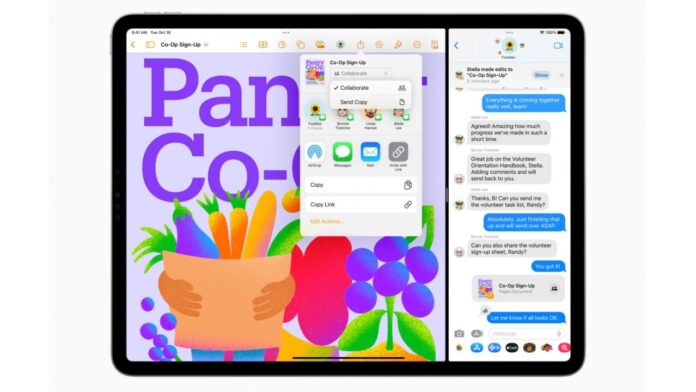 Apple has announced the release of iOS 16.1 for all compatible iPhones alongside iPadOS 16.1, which skipped a version due to instability in software. The release of iOS 16.1 brings support for Live Activities for iPhones on the lock screen and also for the Dynamic Island on iPhone 14 Pro models. Apart from that, the brand has also increased the subscription prices for its services including Apple Music, Apple TV+ and Apple One but there’s good news for Indian users. Read on to know more.

The iOS 16.1 software update for iPhone 8 and above models brings iCloud Shared Photo library. Using the feature, you get a separate library for seamlessly sharing photos and videos with up to five other people. You also get library filters for quickly switching between viewing the Shared Library, your Personal Library, or both libraries together.

Next, there’s Live Activities support for third party apps which is available in the Dynamic Island and on the Lock Screen for iPhone 14 Pro models. Next, you now get Apple Fitness+ support on iPhones even if you do not have an Apple Watch, which was not possible earlier.

Then there’s the Clean Energy Charging feature which is limited to the US. This setting can try to reduce your carbon footprint by selectively charging when lower carbon emission electricity is available. It also fixes some bugs on the iPhone 14 Pro models, such as:

iPadOS 16.1 is the first major release under the iPadOS 16 version as Apple skipped the initial release due to a lot of bugs in the software. Moreover, it also brings the iOS and iPadOS version numbers back in sync. Apart from that, the new iPad software brings a bunch of new features, the major one being Stage Manager.

The feature allows you to multitask better on iPads where you can also open multiple windows simultaneously. However, the feature is limited to iPad Pro 12.9 3rd generation and newer, all iPad Pro 11″ models, and the latest iPad Air with M1 chip. An update coming out later this year to M1 and M2 iPads will also enable full external display support for Stage Manager, at up to 6K resolutions.

Next, the Weather app has also made its debut on iPad. Another app coming to iPads later this year is Freeform. As per Apple, it is a powerful productivity app with a flexible canvas that will give users the ability to see, share, and collaborate all in one place without worrying about layouts and page sizes, and with full support for Apple Pencil.

Apple has also increased the price of its subscription services in the US, UK and other countries except for India. In India, Apple Music and Apple TV+ will continue to cost Rs 99 per month for individual users and Rs 149 for a family with up to six members for Apple Music. Apple One costs Rs 195/month and Rs 365/month for the family plan. As for other countries, these are the new prices:

In a statement to 9to5Mac, Apple said that the increased costs were due to “increase in licensing costs, and in turn, artists and songwriters will earn more for the streaming of their music”.