A bunch of OEMs have rolled out Android 13 Beta for their devices including Nokia, Realme, Oppo, Vivo and more. 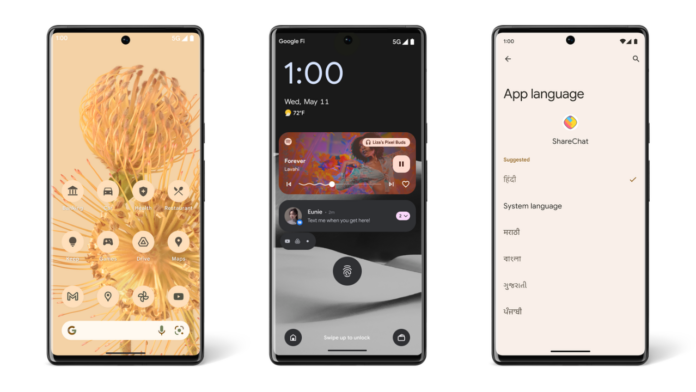 Android 13 Beta 2 was unveiled for Google Pixel devices on May 11, and a bunch of other smartphones that are not from Google have also received the Android 13 Beta. However, as these OEMs suggest, this Android 13 beta is in the form of a developer preview which makes it suitable for developers and not an average user.

Android 13 comes with many new features, including a unified Security & Privacy settings page, new media control featuring the album’s artwork, and a new photo picture that lets users select the exact photos and videos they want to grant access to. Further, Android 13 will bring features to help those who are multilingual. For example, it will allow you use language as fluidly as you do in real life to select a different language preference for each of your apps in Settings.

Apart from this, Google has unveiled the Pixel 6a for many markets. The smartphone will arrive in India as well. It comes with the Google Tensor SoC, dual cameras, 6GB RAM and more.