Android 12 Beta 2.1 released by Google with bug fixes and improvements 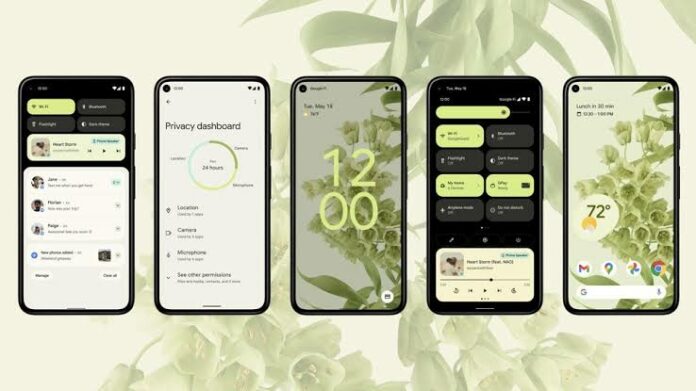 Google has released the new version of Android 12 as a beta release for Pixel devices. The release comes with the version Beta 2.1 and build number SPB2.210513.011

Android 12 was unveiled by Google last month, and since then, we have received a couple of betas that got us an early taste of what the software could bring to the table. And Google has now released a new incremental update to the Android 12 Beta 2 with the version Beta 2.1.

Beta 2.1 fixes an issue that prevented users from accessing things on the lock screen. For example, swiping down for the notification shade, swiping away notifications, or swiping up to unlock the phone.

An issue that caused information such as weather and calendar events to not appear in the At a Glance widget on the home screen or lock screen has also been fixed in the version. Another issue that has been fixed is the one that sometimes caused flickering or jittery animations when accessing recent apps with gesture navigation.

The microphone and camera permission indicators sometimes got stuck and disappeared until the phone was rebooted. This issue has also been fixed. Some more issues that have been fixed include an issue when using the Android Emulator with an Android Virtual Device (AVD) running Android 12 that prevented the AVD from connecting to the internet and an issue where after taking Beta and resetting the device, some users got stuck on the setup wizard.

These were all the issues that Google has fixed in the latest beta version. Android 12 brings a major redesign for Android for the first time after Android Lollipop. You can install the software on Pixel 3, 3a, 4, 4a, or 5 series devices. The new beta release can be installed via an OTA update if you already have the previous beta version installed.