The latest generation of Android, the Android 11 is loaded with new features. Here are the top 10 that you should look out for.

Google recently announced the developer preview for its next-generation android platform which they are currently referring to as Android 11. The preview is currently for the Pixel 2 / 2 XL, Pixel 3 / 3 XL, Pixel 3a / 3a XL, or Pixel 4 / 4 XL only. It has arrived with some brand new features and API supports. Continue reading to find out the latest offerings by Android 11.

Android 11 is gearing up for the future by including 5G friendly APIs in its update. The existing connectivity APIs will be updated with added features like dynamic meteredness API with which you can check if the connection is metered or not. It also adds Bandwidth estimator API which will make it easier to check upload/download bandwidth.

Android 11 will now fully embrace the waterfall and pinhole screens that today’s phones feature in abundance. It will enable better spacing and inclusion of these displays with added native app supports for a better experience.

Android 11 puts communication with people at the forefront so it has added features like a dedicated conversation section in the notification shade where you can find your ongoing conversation on any app. Another useful feature added are bubbles which basically turn your conversations into circular floating icons that stay on screen all the time. It is very similar to the one seen on the Facebook messenger. You can also insert images into replies directly from the notification drop down without actually opening the app which is a huge boost for convenience.

Android 11 is big on privacy which is convenient. It has added a new option to its permission panel called “only this time” which lets the app use the resource you are permitting only that one time. Scoped storage has now been improved to better protect app and user data that use external storage. 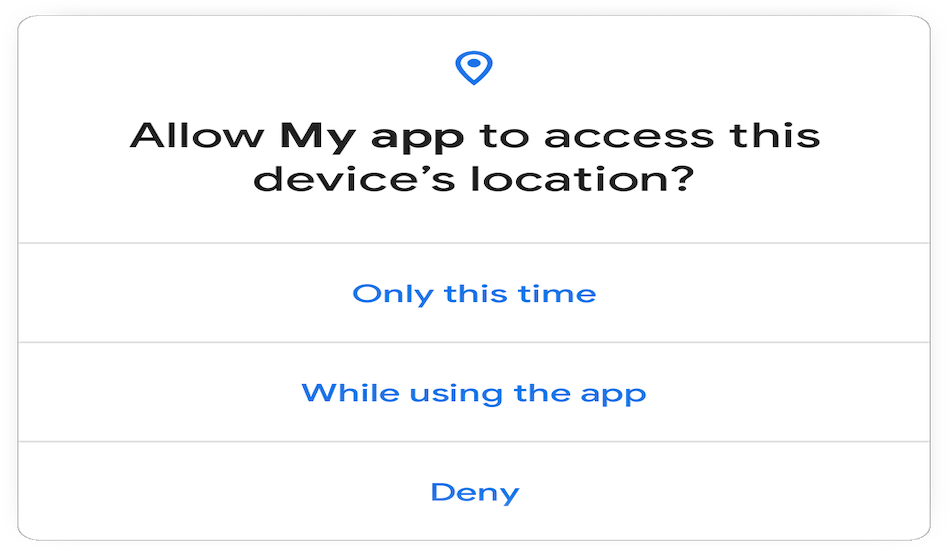 Security is a very crucial component of the Android ecosystem and Google has been constantly working on improving it. With Android 11, they have more forms of biometrics with the biometric prompt now supporting three authenticator types with different levels of granularity -- strong, weak, and device credential. Storage and the sharing of data have also been made more secure. It has also added a new feature where you can save and retrieve Identity credentials such as driving licenses etc for convenience.

Android 11 will further improve on the foundations that were laid by the versions preceding it. It has now added 12 new updatable modules for a total of 22 modules. Highlights include a permissions module that standardizes user and developer access to critical privacy controls on Android devices, a media provider module that’s integral to privacy efforts around Scoped Storage, and an NNAPI (Neural Networks API) module that optimizes performance and guarantees consistent APIs across devices.

Apps are what makes the Android ecosystem what it is today. App development and their functioning has been further improved by making changes like reducing the impact system OS has on the behaviour of apps, adding easier support of testing and debugging of apps, updated greylist, dynamic resource loader and a new platform stability milestone.

Android is far from perfect but Google is constantly trying to improve the user experience and quality by polishing the overall UI. Some improvements include better call screening that allows the Apps to get the incoming call’s STIR/SHAKEN verification status as part of the call details, and they can customize a system-provided post-call screen to let users perform actions such as marking a call as spam or adding to contacts. Wifi connectivity management apps now have greater ability to manage their own networks thanks to the WiFi suggestion API enhancements.

Image processing and software-based camera improvements have been core to the Android platform and now Android 11 has added features like HEIF animated drawables which now lets you decode and render image sequence animations stored in HEIF files, so you can make use of high-quality assets while minimizing impact on network data and apk size, Muting during camera capture is feature that we have been asking for years now we finally have it.

Notifications are now automatically muted in order to prevent blurry pictures which is a resultant of the vibrations due to notifications. Bokeh or portrait mode has been further improved for better background blur by using metadata tags.

Reducing the latency on different aspects of the OS is very crucial for smooth user experience. Android 11 comes with a Low-latency video decoding in MediaCodec which reduces the latency for real-time video streaming apps like Stadia.

External displays will also benefit from the Android 11’s HDMI low latency mode which will enable lower response time between the external display and the phone making it great for gaming.

Acritical Intelligence has now morphed into a very crucial component of the Android ecosystem and propelling AI is the Neural Networks. The new Neural Networks API (NNAPI) is designed for running computationally intensive operations for machine learning on Android devices. It has features like Quality of Service APIs, Memory Domain APIs and Expanded quantization support.