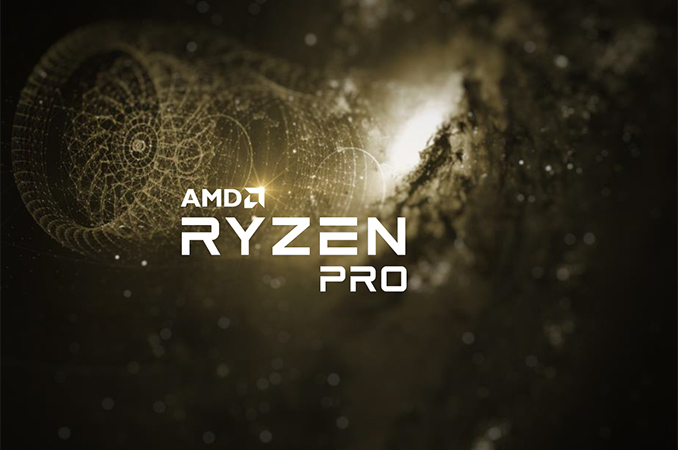 AMD has announced their new lineup of desktop processors called “ Ryzen PRO” which is targeted towards enterprise users. This lineup includes Ryzen 3 PRO, Ryzen 5 PRO and Ryzen 7 PRO with four, six, or eight cores running at various frequencies. There will be six models in all – two under the each Ryzen 7 PRO, Ryzen 5 PRO and Ryzen 3 PRO respectively. These all CPU’s will be launched commercially on 29 August 2017. AMD is touting these processors to be a direct competitor against Intel I series and also according to AMD these processors will be not less than I series.

Ryzen PRO chipsets have almost identical architecture but have enhanced security and reliability. Each CPU has a dedicated hardware co-processor, which the company says is important for having a secure system, as it reduces opportunities for malware and attackers to get to the CPU. This module scans BIOS while the boot while in other CPU’s expect intel’s i5 and i7 the BIOS never get’s scanned for vulnerabilities.

All the CPU’s in PRO lineup have built-in AES 128 bit encryption engine which encrypts the sent from CPU to Systems memory hence reduce the workload on processor’s cores. These processors also support Windows 10 Enterprise Security and fTPM/TPM 2.0 for enhanced security. According to AMD, the thing which mainly differentiates Intel I series and AMD’s PRO lineup is silicon level security.

These CPU’s also support DASH (Desktop and Mobile Architecture for System Hardware) manageability for better performance. This system optimises Software according to the CPU which reduce impact on processors. 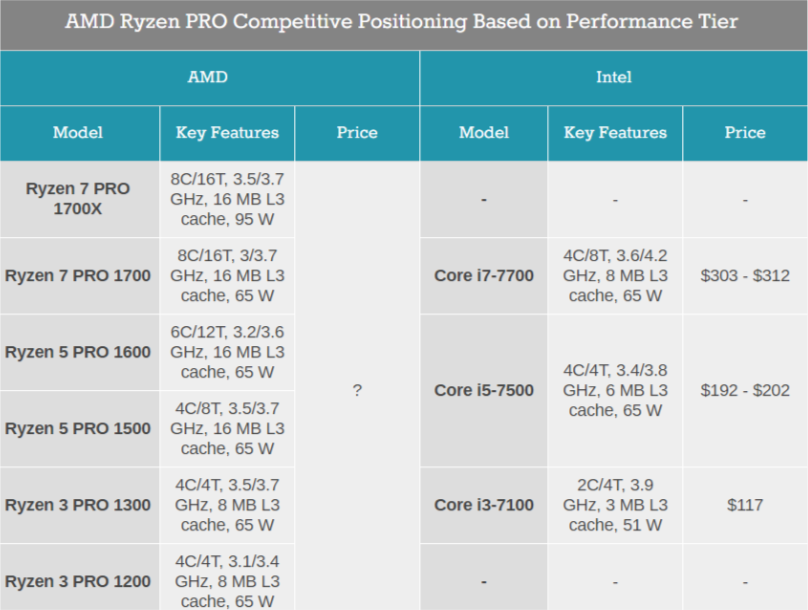 The Ryzen Pro 7, Pro 5 and Pro 3 products are designed specially to take on the equivalent Intel Core i7, i5 and i3 models respectively.

Ryzen 7 Pro is aimed at heavy multitaskers and content creators who work with 3D graphics, software development, and scientific data.

Ryzen 5 Pro targets productive consumers who have to do more with content and the internet.

Ryzen 3 Pro is suitable for those who work with documents and surf the web and use common daily to use applications.