The All-new Kindle said to have a 20 per cent faster processor and has double the internal storage than the previous Kindle.

Amazon, which has announced a range of revamped Kindle e-readers globally, has launched a new Kindle model with touchscreen facility. The All-New Kindle can be pre-ordered now from Amazon India’s website for Rs 5,999 which will be released on October 9 (next month).

The All-new Kindle said to have a 20 per cent faster processor and has double the internal storage than the previous Kindle. It comes with a 6 inch touchscreen with 167 ppi pixel resolution and two point touch system. Most importantly, it is a glare-free screen and thus expected to deliver a pleasing reading experience. 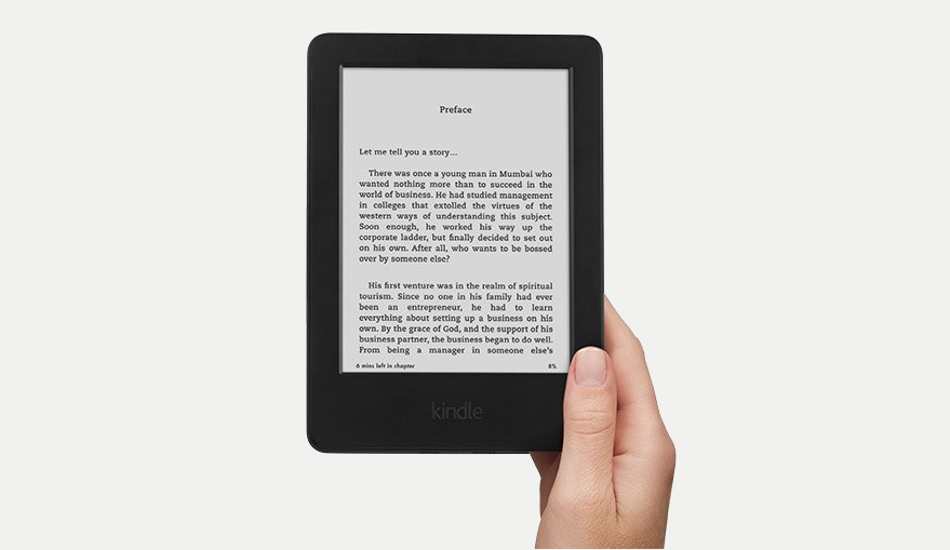 The device has 4 GB internal storage and comes with free Amazon cloud storage facility. The All-New Kindle has WiFi connectivity too. It measures 169 x 119 x 10.2 mm and weighs only 191 grams. As per Amazon, the All-New Kindle’s battery can last for weeks together on a single recharge.

The good news for e-book lovers is that, Amazon is offering 30,000 ebooks for free with this All-New Kindle which comes with a built-in dictionary.