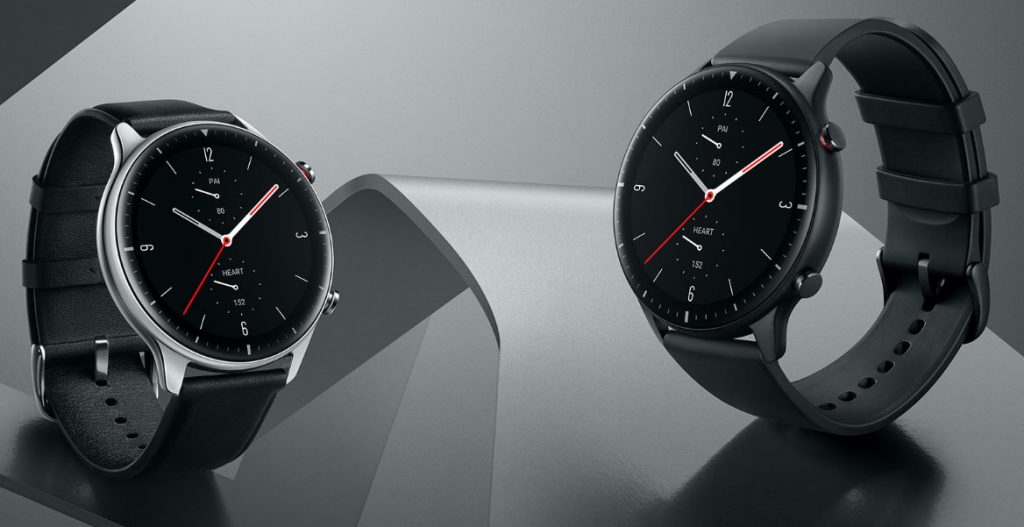 Amazfit has announced its 2021 Global Annual New Product Launch Conference on October 12. The company will announce its Amazfit GTR 3 and GTS 3 smartwatches on the said date.

The Amazfit GTR 3 and GTS 3 smartwatches will be the successor of the GTR 2 and GTS 2 smartwatches launched in September last year. The company also launched the GTS 2 mini, GTS 2e and GTS 2e models in December 2020.

Amazfit has started sending media invites with a hand-held gaming console in China. However, the company did not reveal many details about the upcoming smartwatches.

The Amazfit GTR 2 features a 1.39-inch circular AMOLED display with a resolution of 454 x 454 pixels and Gup to 450 nits brightness, scratch-resistant diamond-like carbon coating. The watch is compatible with Android and iOS devices.

Amazfit GTR 2 comes with 5ATM certification, which means it is waterproof up to a depth of 50 meters. A 471mAh battery fuels the smartwatch. The company claims to offer up to 14 days battery life, up to 38 days battery life in basic watch mode. It also has support to answer phone calls.

The Amazfit GTS 2 offers a 1.65-inch AMOLED display with a resolution of 348 x 442 pixels, 341ppi pixel density and scratch-resistant diamond-like carbon coating. It also has support for Android and iOS devices. The watch also comes with 5ATM (50m) water resistance, ideal for swimming and light snorkelling.