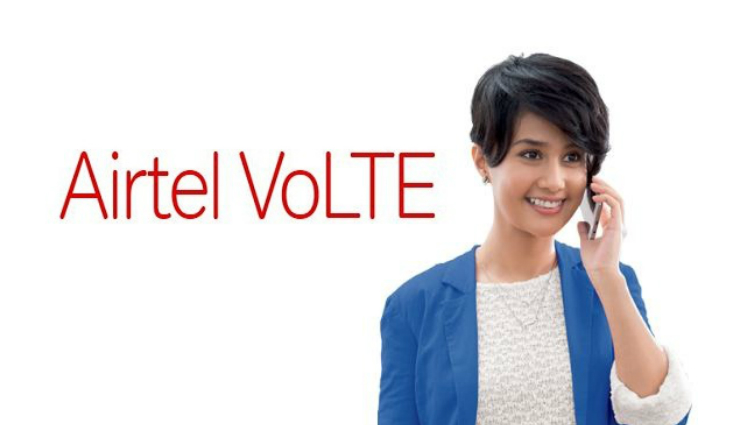 The Airtel VoLTE will available on a 4G or LTE enabled mobile devices with Airtel 4G SIM.

Airtel has launched its VoLTE services in Karnataka. Earlier, Airtel rolled out VoLTE services in Mumbai, Gujarat, Madhya Pradesh & Chhattisgarh, Andhra Pradesh & Telangana. The VoLTE services work on the 4G networks, which will provide HD quality of voice calls and faster call setup to customers. In case of non-availability of 4G network coverage, VoLTE calls will automatically fall back on the 3G/2G network, so that the customers continue to stay connected.

The Airtel VoLTE will available on a 4G or LTE enabled mobile devices with Airtel 4G SIM. Customers can easily upgrade their SIM to 4G from their nearest Airtel service centre, by providing a photo ID proof and a passport size photo.

The VoLTE stands for Voice over Long-Term Evolution and is used for transmitting voice data over the 4G/LTE network, rather than using 2G/ 3G connections. The USP of VoLTE technology is its HD voice calling quality which is much superior to normal 2G/3G voice calling and far more data can be transferred over 4G than 2G or 3G.

Airtel VoLTE is now available on a wide range of popular smartphones. The list includes –

C. Surendran, Chief Executive Officer – Karnataka, Bharti Airtel said, “We are delighted to roll out VoLTE services in Karnataka. It complements our efforts in delivering the fastest mobile broadband services in the state. Our customers will enjoy the flexibility of making calls and using ultra high speed 4G mobile data services at the same time. As the consumers demand more of their smart devices, we believe that such technological advancements ensure they get the best out of their smartphones.”