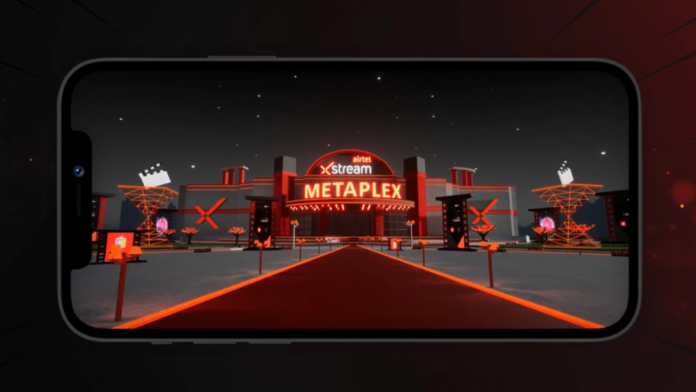 Metaverse is what is going to take over the world in the coming years and every company wants to be a part of the revolution. Airtel, the telecom operator also wants a piece of the cake and has stepped into the metaverse with the launch of India’s first multiplex on the Partynite Metaverse platform.

As one would know by now, Metaverse is a connection of 3D virtual worlds that focus on social connections, which we currently use in a 2D format on flat screens, such as Facebook itself, Instagram, WhatsApp and more. With Metaverse, you’ll be able to interact with the other person in a virtual world with multi-sensory (such as Touch) features. This makes the interaction simpler and more personal.

What is Airtel Xstream Multiplex?

The multiplex will enable a sample of top original shows and movies with content pieces such as the first episode of an OTT original or initial minutes of a movie in regional languages, besides English and Hindi. Users will get access to the platform via a subscription.

The Xstream multiplex offers an immersive content experience with multiple engagement layers, which allow users to interact on Partynite Metaverse. The idea was conceived by Essence, Airtel’s integrated media agency of record, and developed by Gamitronics, the creator of Partynite, a blockchain-powered digital parallel universe.

Airtel’s offering is unique and a first for India so users can view their favourite shows with their friends and family. However, it seems to have taken inspiration from a platform that has already launched in Korea and is also the one to be crowned as world’s first metaverse cinema.

CJ CGV, Korea’s top cinema chain launched the Metaverse cinema earlier this year which basically works same as how Airtel’s offering does. It is a full-service metaverse multiplex with a lobby and an auditorium, a virtual ticket counter at the box office stand, drinks and popcorn at the concession stand and more. One can even click selfies in the photo zone, just like in a real CGV lobby.

Inside the cinema hall, viewers can choose from a range of seating options on the basis of which, the angle of viewing changes, identical to how it is in physical cinemas. These include the ‘Sweet Cinema’ private suites, ‘Tempur Cinema’ with lay-down bed-style chairs, the nature-themed ‘Cine & Foret’, and the chain’s popular interactive 4DX seats.

Furthermore, patrons can watch trailers on a 1.43:1 ratio screen inside the theatre, modelled on the CGV Yongsan Park Mall IMAX. There are also screenings of user-generated content (UGC) as well. However, same as Airtel’s Xtream Multiplex, there are no screenings of full-length movies.