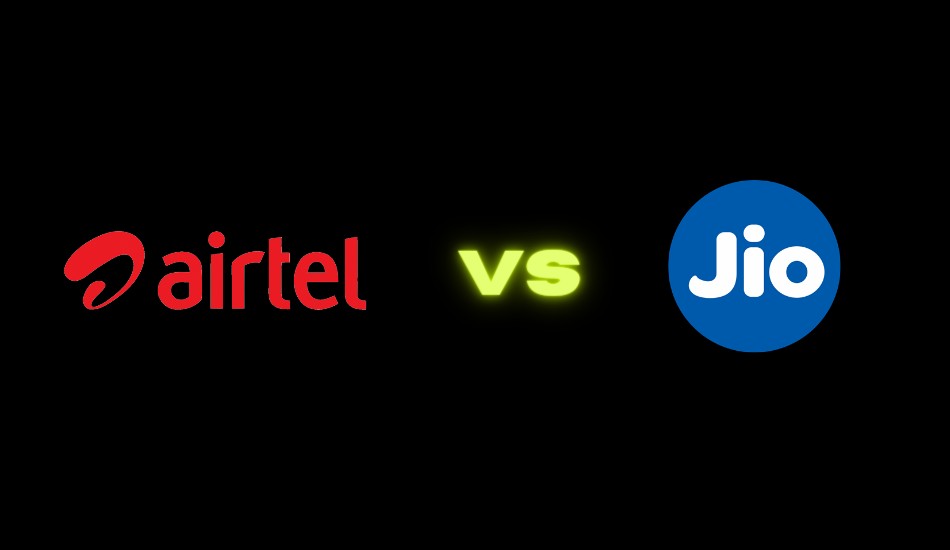 Airtel recently launched its Rs 399 plan to take on Jio's similar plan, but does it win the fight against it? Let's have a look

Airtel and Jio are currently in a postpaid plans war where both of them are striving to be the best one in the telecom operator space by providing the most offers and value for their respective plans. The cheapest postpaid plans by both of the companies start at Rs 399 now as Airtel has introduced its new plan across India whereas the cheapest plan by Airtel earlier was priced at Rs 499 earlier. So let’s compare them both and see which one offers a better overall value.

The postpaid plus plan by Jio starts at Rs 399 which will provide unlimited calling and messages. Airtel’s Rs 399 plan on the other hand gives unlimited calling but puts a limit to SMS where you can send 100 SMS per day. 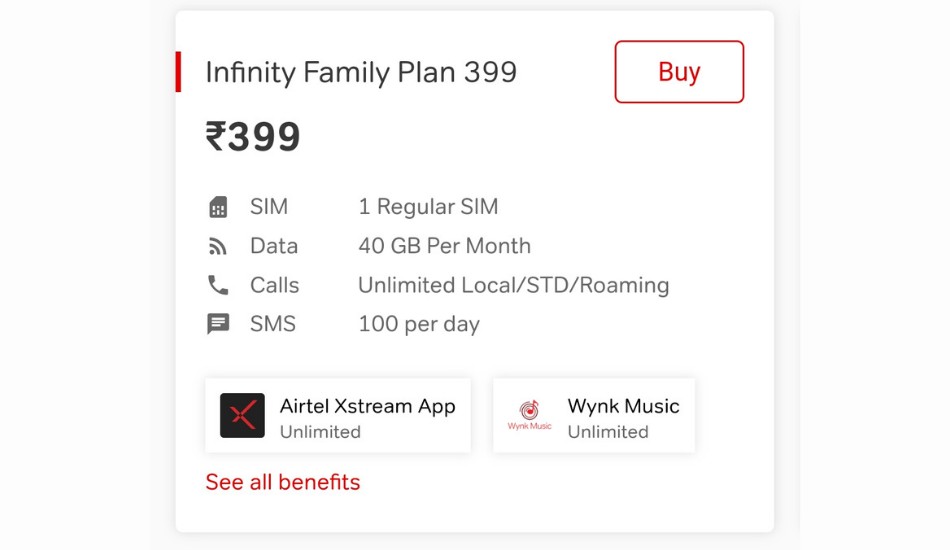 Jio’s Postpaid plan gives 75GB data after every billing cycle which supports data rollover of upto 200GB. Means you can stack up to 200GB of unused data. Whereas with Airtel, you get only 40GB of Data with up to 200GB data rollover facility.

Jio is a winner again in this segment too as it offers 75GB data compared to 40GB with Airtel.

Jio and Airtel provide Live TV content with their own proprietary apps. JioTV in jio’s case and Airtel Xstream Service in Airtel’s. Here one must understand that both he operators provide connect via partnership OTT platforms or direct channels. 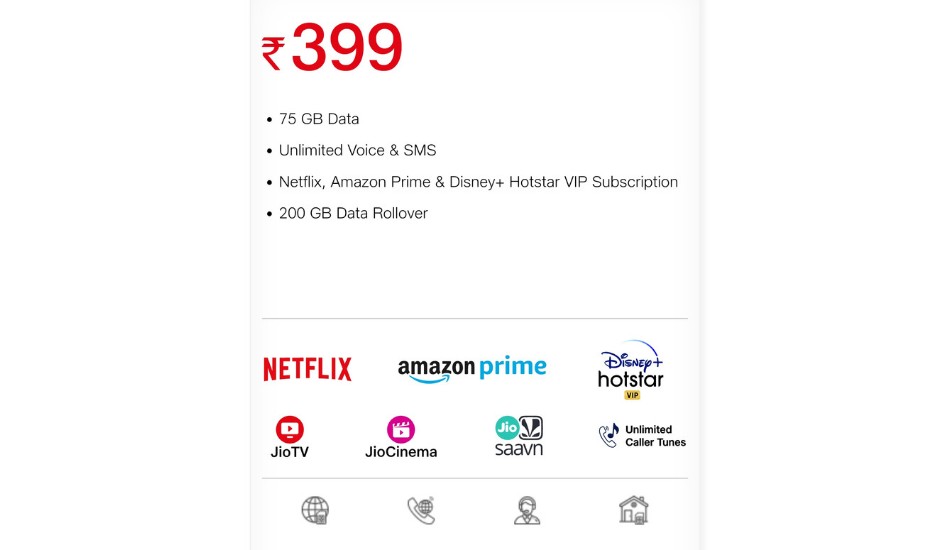 Airtel Xstream subscription is offered as a complimentary streaming service subscription and, on the other hand, Jio offers you a free subscription for OTT platforms like Amazon Prime, Netflix, Disney+ Hotstar VIP and more. it may be recalled that Airtel, offers free Amazon prime for one year as a part Airtel Thanks Program.

Jio and Airtel don’t provide you with an additional SIM card for family members for Rs 399 plan but if you go for the higher plans it is offered.

With Airtel, you would have to pay separately for an International Roaming Pack and it isn’t included under the postpaid plan.

There’s a downside to Jio’s plan where you have to pay a Rs 500 security deposit with Jio when you subscribe to the Rs 399 plan. This information was also revealed by the TRAI filing and not by Jio directly.With Airtel, there’s no security deposit.

Jio and Airtel’s Rs 399 have their advantages. Jio plan offers more value for the same price. It has more OTT subscriptions under its plan, more data, unlimited SMS’s, and better international roaming offerings. Though with Airtel plan, you won’t have to pay a security deposit and supports 3G and 4G network.

Share
Facebook
Twitter
WhatsApp
ReddIt
Previous articleWhat are Progressive Web Apps which Paytm is taking about via Mini App Store?
Next article16 comanpanies get go ahead for PLI Scheme : Can it help India in becoming a manufacturing Hub?
RELATED STORIES