Bharti Airtel has announced the launch of a bouquet of services aimed at ongoing ICC cricket world cup viewers.

It has also announced a service, called as Cricket Fever, which is a dedicated social networking portal for cricket fans, where users can participate in discussion forums, listen to expert comments and post their views on Facebook and Twitter in their own voice — all by calling an IVR number from their mobiles. They can also upload videos on Youtube using the service.
It has also started ‘Airtel Cricket Contest’. Airtel mobile customers can SMS ‘PLAY’ to 55000 or dial 543210 to test their cricket knowledge and get a chance to walk away with exciting prizes including cars and LCD TVs.

Another service allows users to participate in a contest hosted by Shahrukh Khan, currently the host of the popular game show Zor Ka Jhatka (looks like its promotional campaign for jor ka jhatka program currently being aired on NDTV-Imagine).

Airtel customers can call 53030 to participate in the contest and record personalised good luck wishes for our cricket team. The 11 most Zor Ka Jhatka wishes will then be etched on a cricket bat to be passed onto our cricket team.

Shireesh Joshi, chief marketing officer of mobile services, Bharti Airtel said, “Airtel customers will be able to dial 543210 to opt for various cricket related services. With the 543210 portal now live with an exciting range of offerings — Airtel will continue to add more products for its cricket loving customers over the period of the tournament.” 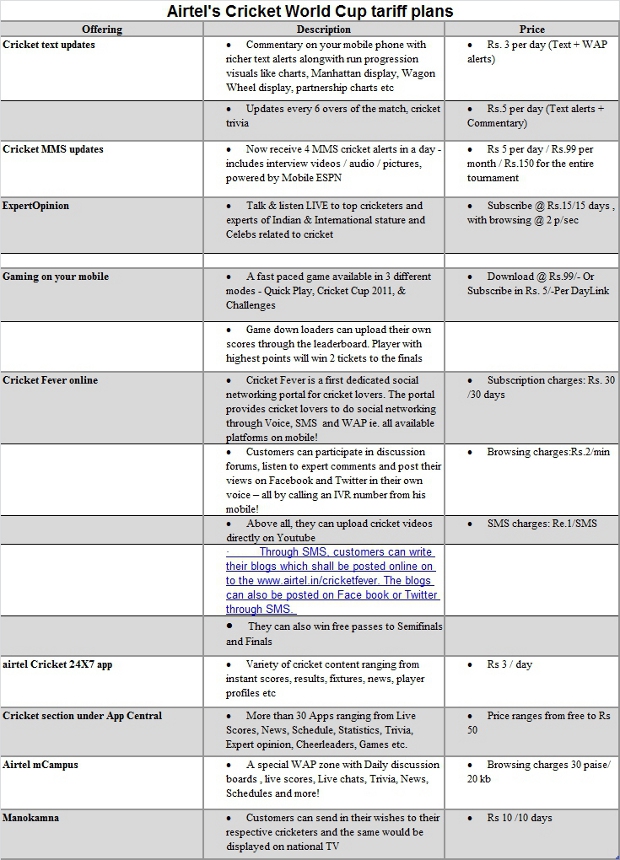