The pack is specially designed for users who want just a one-day pack with limited usage.

Airtel has launched a Rs 9 pack for prepaid customers. Users can avail this new pack via My Airtel app as well as the company’s website. The recharge pack is available under the Combo Offer section. The pack is specially designed for users who want just a one-day pack with limited usage. 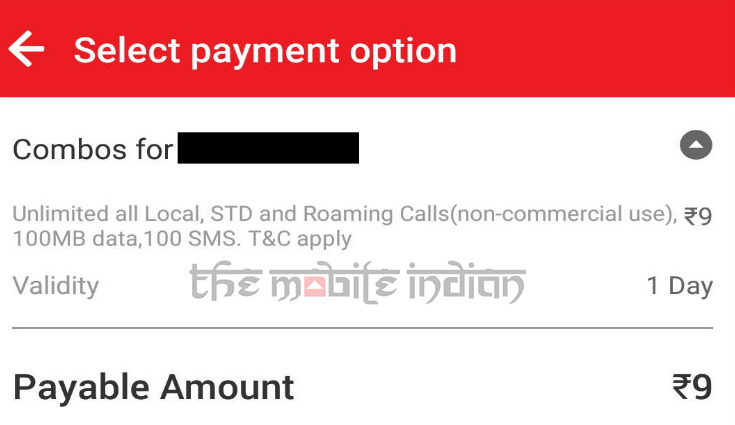 The Rs 9 pack will be directly competing with Reliance Jio’s Rs 19 pack which also comes with a validity of 1 day. The Jio plan offers 150MB of data along with unlimited local/STD calling and 20 SMSes. If we compare both Airtel and Jio, the Airtel pack seems better offering more SMSes at a cheaper price. But on the other hand, Jio is offering additional 50MB of data.

Besides this, there is another Rs 23 pack from Airtel. In this pack, users get unlimited local, STD and roaming calls,100 SMS per day and 200MB data but it has a validity of two days.

Earlier the same pack used to offer its customers 1GB 4G/3G data, unlimited local/STD calls, incoming roaming calls and 100 SMS/day with a validity of 10 days. Now the validity has been increased to 28 days. Airtel launched a Rs 93 prepaid plan in December last year.