Airtel dons a new look, plans to be closer to consumers across the globe

With a brand new look, Airtel promises to deliver anything that the customer desires anywhere, anytime, with its new positioning, 'Dil jo chahe pass laye'.

In a bid to consolidate its global presence and to promote its offerings in 3G, telecom giant, Airtel has got a new brand identity with a new logo and positioning. 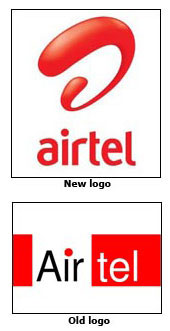 Talking about the new brand identity, Sunil Bharti Mittal, chairman and managing director, Bharti Airtel, says, “Fifteen years ago, Bharti Airtel started its journey in India with a promise of delivering world-class and affordable services. Airtel is in now present in 19 countries – 16 African countries, Sri Lanka, Bangladesh and India.”
Mittal adds that the brand was so far known as Zain in Africa and Warid in Bangladesh. “Thus, the idea was to give the brand a uniform presence across all these markets. Also, the world is moving towards digitalization. From now, it’s also going to be about social media, commerce and 3G. Therefore, keeping the evolution of the telecom business as well as our expansion in mind, we decided to take brand Airtel to the next level.”
Designed by London-based brand agency, Brand Union, the new logo is the letter ‘a’ in lowercase, with ‘airtel’ written in lowercase under the logo.
Explaining the new look in detail, Sanjay Kapoor, CEO, Bharti Airtel states that the new identity underlines Airtel’s willingness to embrace everything that is new.
He adds, “The logo type is modern, vibrant and friendly and signals our resolution to be accessible to our customers and stakeholders. And the lowercase is our recognition for humility. The red colour, which is an integral part of the brand, continues to represent heritage, energy and passion. The new curved and the gentle highlight almost gives the impression of a living object; at the same time, it represents a dynamic force of unparalleled energy, brings us closer to consumers and is a symbol which will help ensure instant recognition across diverse international markets.”
Meanwhile, the telecom company’s creative partner, JWT has worked on the new positioning, which says, ‘Dil jo chahe pass laye’. For Rohit Ohri, managing partner, JWT, it was important to synchronise the logo with positioning. The new positioning is based on Airtel’s promise to its customers that it would deliver anything that they desire anywhere. With Airtel moving to the age of data, it was important that its new brand identity reflect the evolution.

Selling the new propositionThe new look will be promoted through television, print, outdoor and digital campaigns. While TVCs are currently on-air on various channels, the outdoor campaign is being executed by MOMS. Airtel has also tied with Digitas and Webchutney for digital promotions. 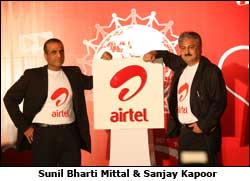 Speaking about the marketing initiatives, Mohit Beotra, head, brand and media, Bharti Airtel, adds, “There are two television commercials which are already on-air. Apart from this, the new look will also be promoted through newspapers, as well as on outdoor through signage and hoardings. We have also launched a campaign asking people to name the logo. People can answer through SMS as well as online. Based on the positioning, ‘Dil jo chahe pass laye’, the winner will have his desired fulfilled.”
Airtel plans to complete the rollout of the entire campaign in Sri Lanka in the next couple of weeks; while in Bangladesh, the campaign will be rolled out in the next 30 days. In the African nations, where the campaign will be executed by Ogilvy, the rollout will be completed by November 24. The campaign will continue until the middle of January next year, and will be followed by other campaigns on new offers from Airtel.

Airtel made its debut in the business of telecom in 1995 in India, at a time when there were less than 1 million phones, all fixed lines. The initial look of the brand was designed by then national creative director of Rediffusion Y&R, Gullu Sen.
According to Sen, who is now the executive vice-chairman and chief creative officer at Dentsu India, when Airtel launched its services in India, it was almost introducing the concept of mobile voice services in the country. Hence, the two ‘swoosh’ design was developed and the brand was positioned as ‘Touch Tomorrow’, as it was about taking India into a new era.

Sen adds, “The transition of the brand is obvious, as many brands such as Apple and IBM have also evolved in their brand identity. However, the new look is not very edgy.”
The brand then went through a transition in 2002, when all sub-brands such as Telemedia, DTH, and the Enterprise business were brought under one roof and branded as Airtel. The new look was then designed by Bangaluru-based brand consulting and design company, Ray + Keshavan.