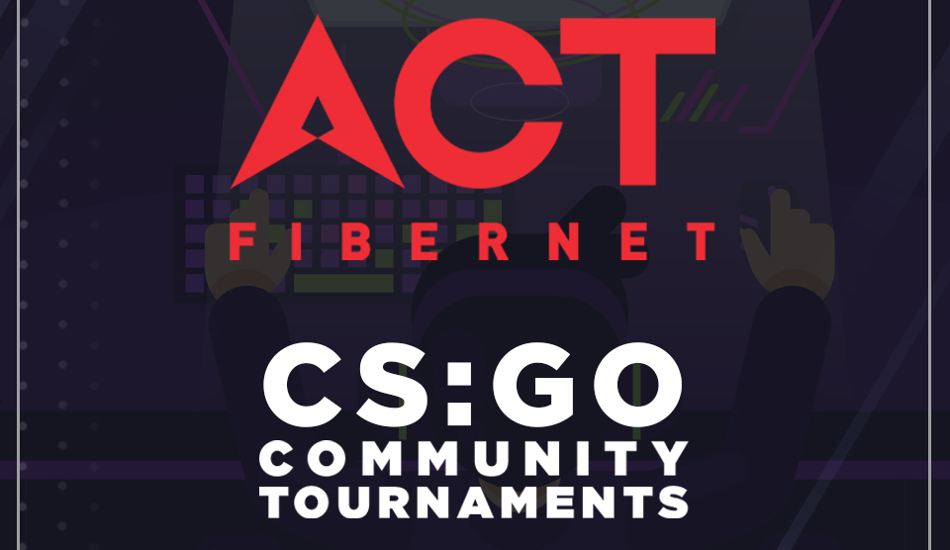 ACT Fibernet has today launched an exclusive online CS:GO (Counter Strike: Global Offensive) community tournament for all ACT Fibernet customers. This initiative is undertaken in partnership with The Esports Club (TEC), and will be held beginning from 3rd April till 12th April 2020.

The ACT Fibernet Community CS:GO tournament is scheduled as a series of daily tournaments that will be hosted 100% online where everyone can participate from their respective homes. Gamers will compete 1-on-1 in daily matches and make their way up to the finals.

The final 16 matches of each day will be broadcasted on ACT’s social media pages. The players will be locking horns for an attractive prize pool of Rs 6000 daily, to be divided among the top 3 winners. Additionally, the top 10 participants daily will receive a complimentary 1-Month Gaming Packs. The details of the winners will be announced at the end of the day on ACT’s social media pages.

As part of ACT’s brand promise of feel the advantage, ACT had called out ‘advantage gaming’ as a key pillar last year. Since then, ACT has announced a strategic partnership with Wargaming and helped launch their World of Warships title in India. ACT had also launched their gaming packs, with added benefits for gamers such as in-game rewards, 300 Mbps speed boosts, additional data, and partner benefits.

Speaking on the launch of the tournament Ravi Karthik, Lead – Marketing, Innovation, and Customer Experience – ACT Fibernet said, ““We see a huge interest and traction amongst our customers for online gaming. ACT Fibernet is the leading ISP for gaming, providing high speeds, low latency and negligible packet losses. We have been consistently topping the Steam charts for gaming traffic in India, which is a testament to customers recognizing ACT as the preferred network for gaming.”

“Through this unique initiative as part of ‘Advantage Gaming’, we aim to connect with gamers on our platform and provide them an opportunity to showcase their skills. This is one of many initiatives planned for gamers on our network” he further added.