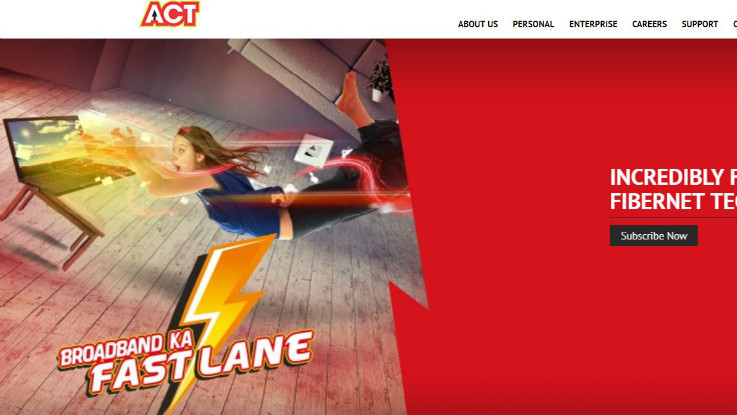 With this partnership, ACT Fibernet customers can subscribe to SonyLIV and watch their favourite movie, sport, shows, music, original shows and more. The offer is valid on all broadband plans across 16 cities, where the company has its operation. The subscription can be available at Rs 99 per month.

“SonyLIV is one of the most widely watched OTT platforms with a host of original content and we are happy to bring their offerings through our service to all our customers across the country. There is a soaring demand for OTT content, in the last one year, we have received an overwhelming response for the various other OTT services that we provide to our users. We are positive that we will see remarkable traction for SonyLIV and our customers will have a wholesome entertainment experience,” said, Ravi Karthik, Head of Marketing, ACT Fibernet.

This is not it. The company has recently tied up with different OTT players including HOOQ, Hungama, ALT Balaji and Yupp TV. ACT Fibernet also announced in the past that it has partnered with Xiaomi to introduce special plans for Mi LED TV users in India. Under this partnership, ACT Fibernet will offer specially customised broadband plans across Delhi, Bengaluru, Chennai and Hyderabad. The offer is valid from June 13, 2018.

ACT Fibernet will offer 1-month free trial of high-speed internet plans to the Mi LED TV users. Further, users will have to opt for advance plans, which comes with different prices. After opting for the plans, users will get two months of free subscription along with 1000GB of extra data limit, which valid until December 31, 2018.