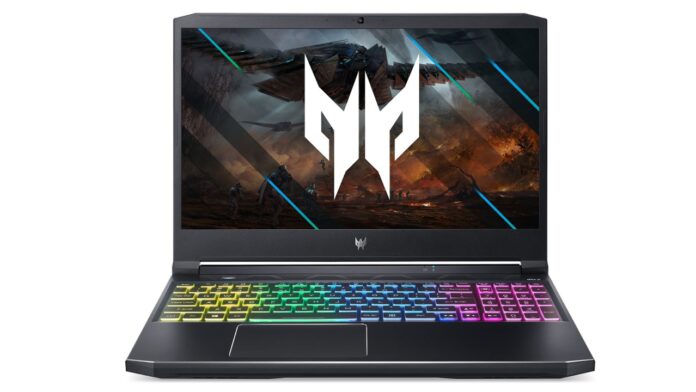 The Acer Predator Helios 300 gaming laptop has been launched in India today. It is a 360Hz refresh display gaming laptop which comes with 11th Gen Intel Core i9-11900H processors.

The new Predator Helios 300 will be available on, Acer Online Store, Flipkart, Acer Exclusive stores, and other authorized retail stores at Rs 144,999.

It packs 11th Gen Intel Core i9 Processor. The laptop has an Nvidia GeForce RTX 30 series GPU and up to 32GB of 3200MHz DDR4 RAM with PCIe storage. The laptop comes with 5th Gen AeroBlade 3D Fan Technology. This is refined with the wind-guiding optimization of Vortex Flow to keep airflow strong, frames high, and temperatures low.

In addition, there is a 4-zone RGB keyboard with see-through concave-shaped keycaps for WASD. It features two integral keys to take note of Turbo and PredatorSense. Tap Turbo for instant overclocking or hit PredatorSense to open the utility app.

The port options available on the Acer laptop include HDMI 2.1, the latest USB 3.2 with Thunderbolt 4 which supports DisplayPort functionality and Power Delivery. The latest HDMI 2.1 specification also allows you to easily plug into an external display such as 8K60, or 4K120.

Recently, Acer launched Aspire 3 laptop under Make-In-India scheme in India. It is powered by Intel processors. Acer says that it has been a strong supporter of Make in India initiative by Government of India.