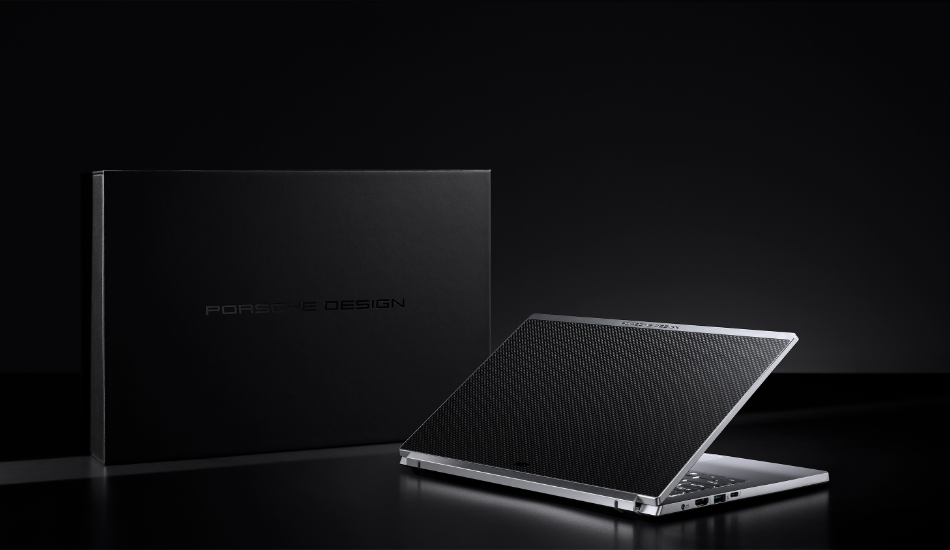 Acer has launched a slew of new products including laptops, notebooks, desktops, speaker and SigridWave.

Acer has announced a bunch of new products at the Global Press Conference which it held last night. The products include a Halo smart speaker, monitors, new notebooks, a new chromebook, and a circulator & purifier.

Acer announced a new Lineup of Consumer Notebooks Across Swift, Spin and Aspire Series, all of which feature the performance of new 11th Gen Intel Core processors with Intel Iris Xe graphics.

The Acer Swift 3 has a 14-inch FHD IPS screen that covers 72% of the NTSC color gamut and offers an 84% screen-to-body ratio. 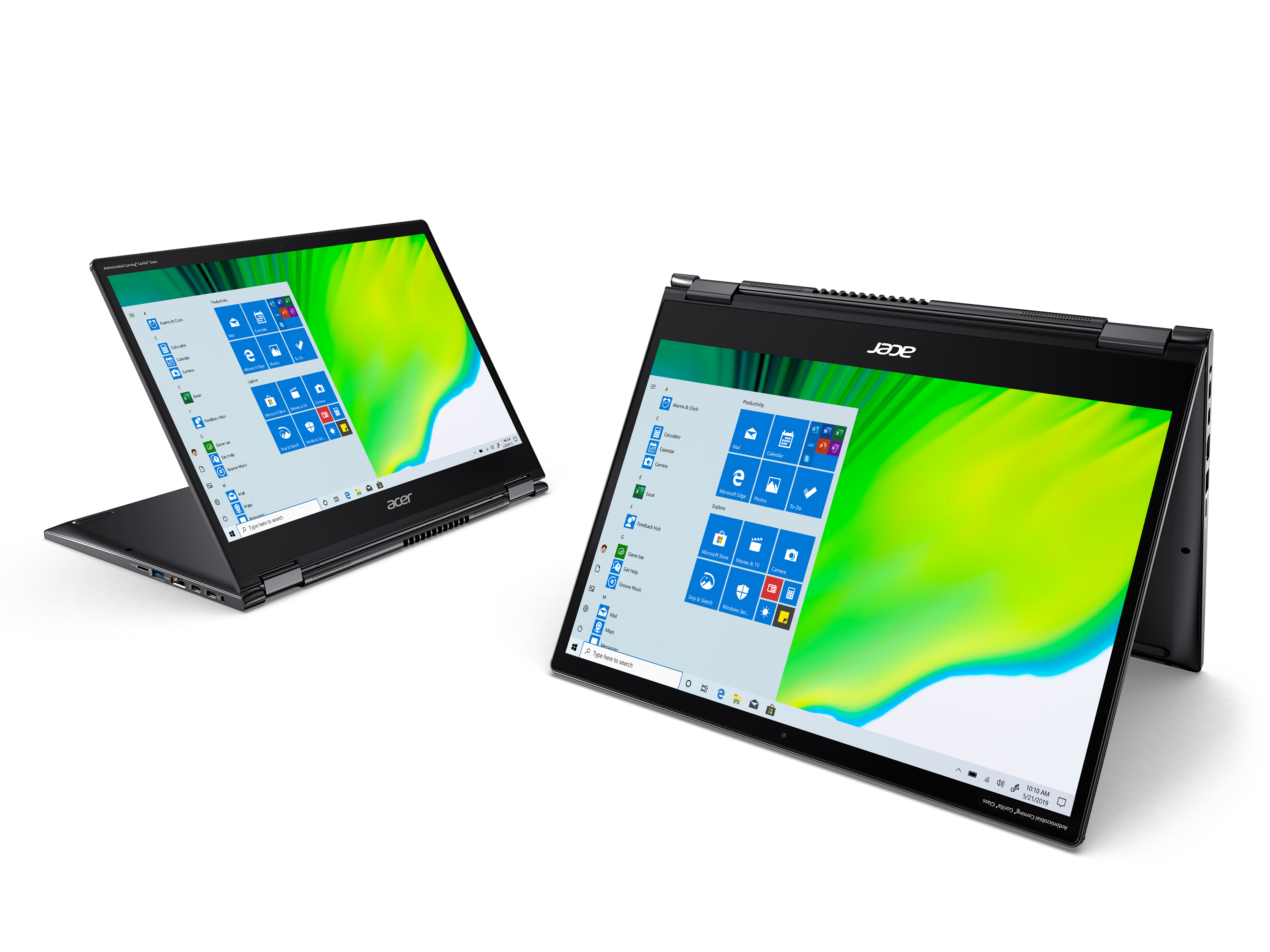 The Acer Spin 5 is Powered by up to an 11th Gen Intel Corei7 processor with Iris Xe graphics. Its narrow 7.78 mm (0.31 inch) side bezels allow for an 80% screen-to-body ratio, expanded further with a 3:2 IPS VertiView display that provides 18% more screen real-estate compared to a 16:9 display. 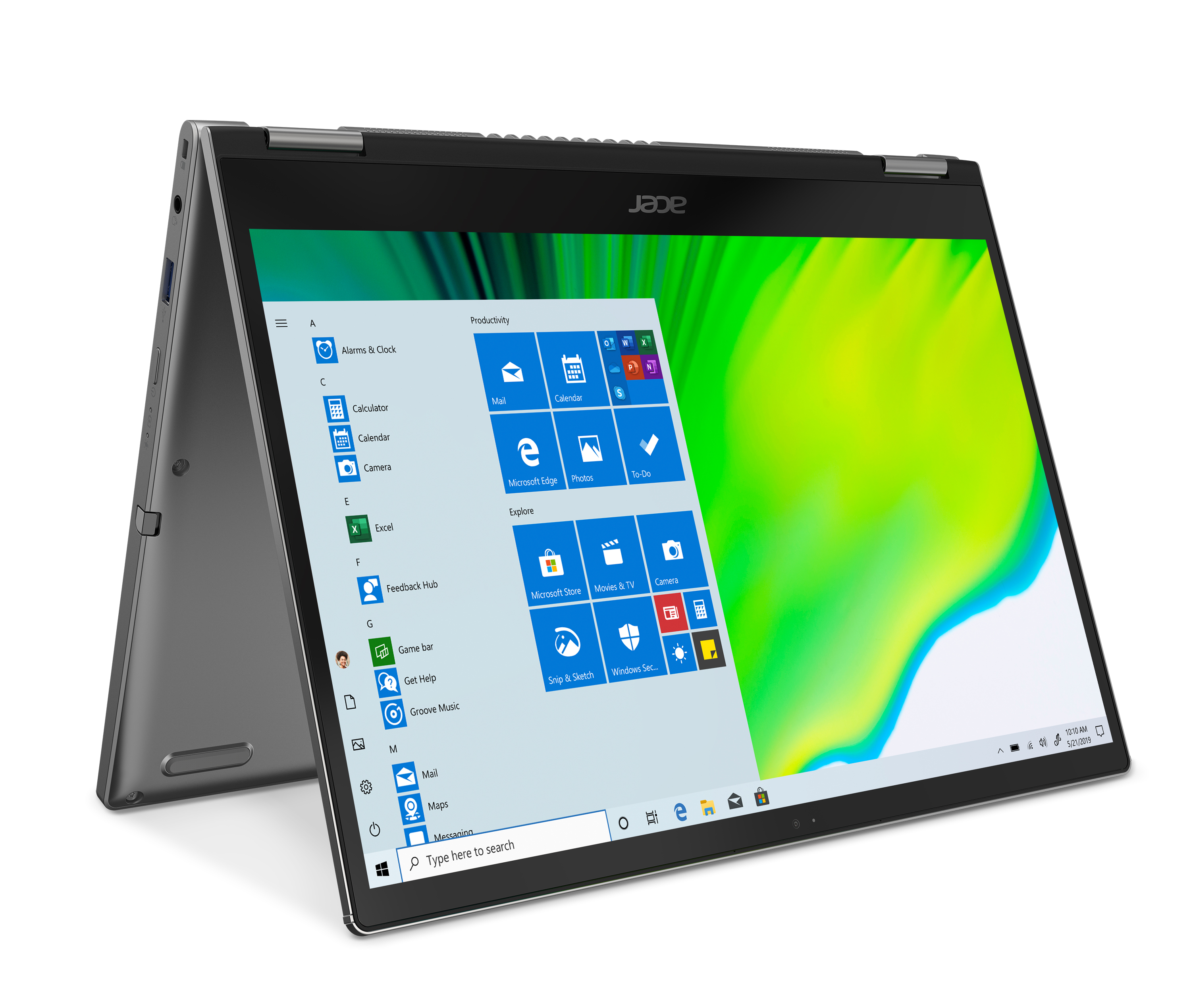 The Acer Spin 3 is a 13.3 inch notebook with a 16:10 aspect ratio that boasts up to a WQXGA (2560×1600) multi-touch IPS display. Like the Spin 5, it also features the latest 11th Gen Intel Core processors with Iris Xe graphics. The Spin 3 rotates 360-degrees, giving users the ability to work and play in whatever way comes naturally. 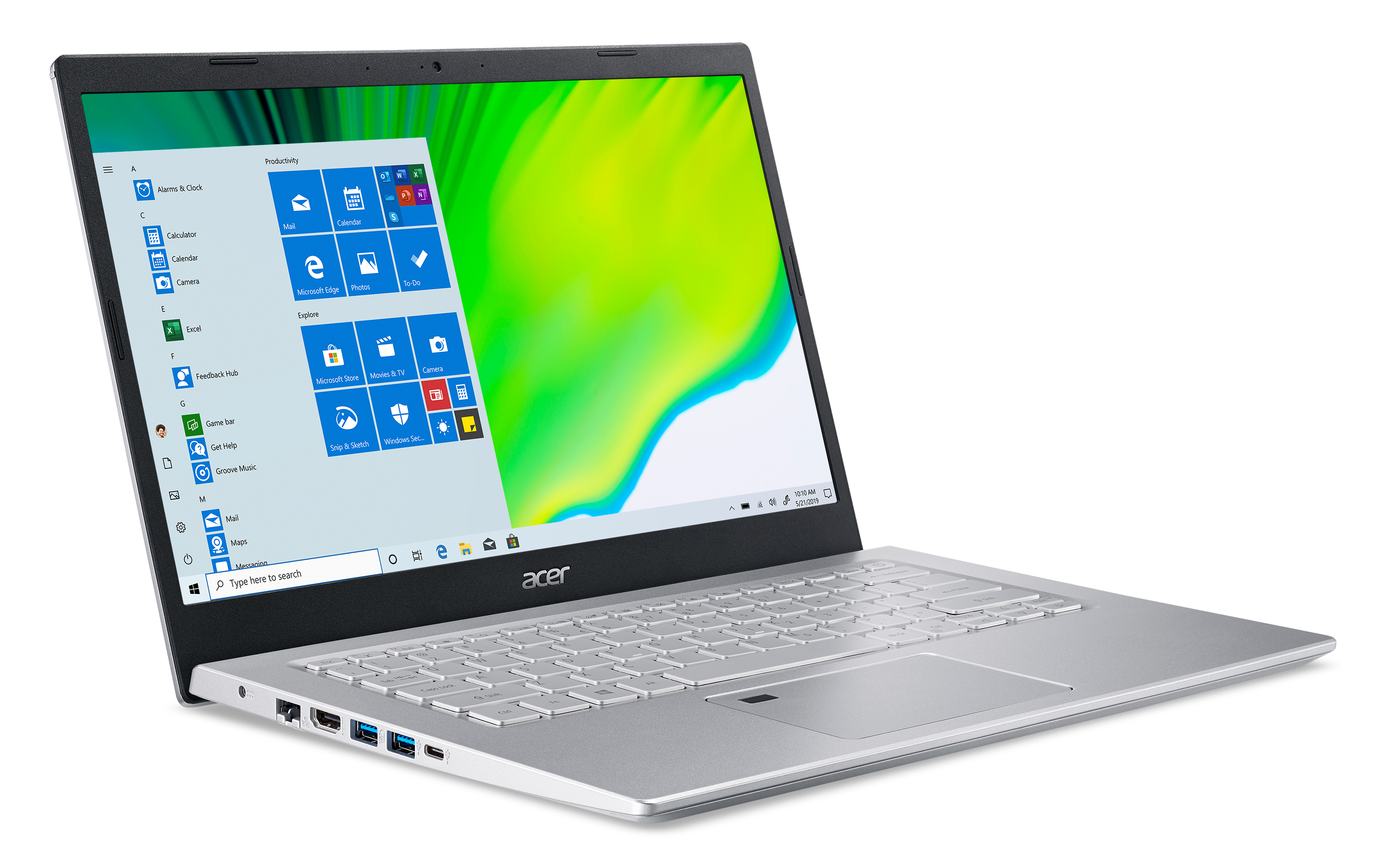 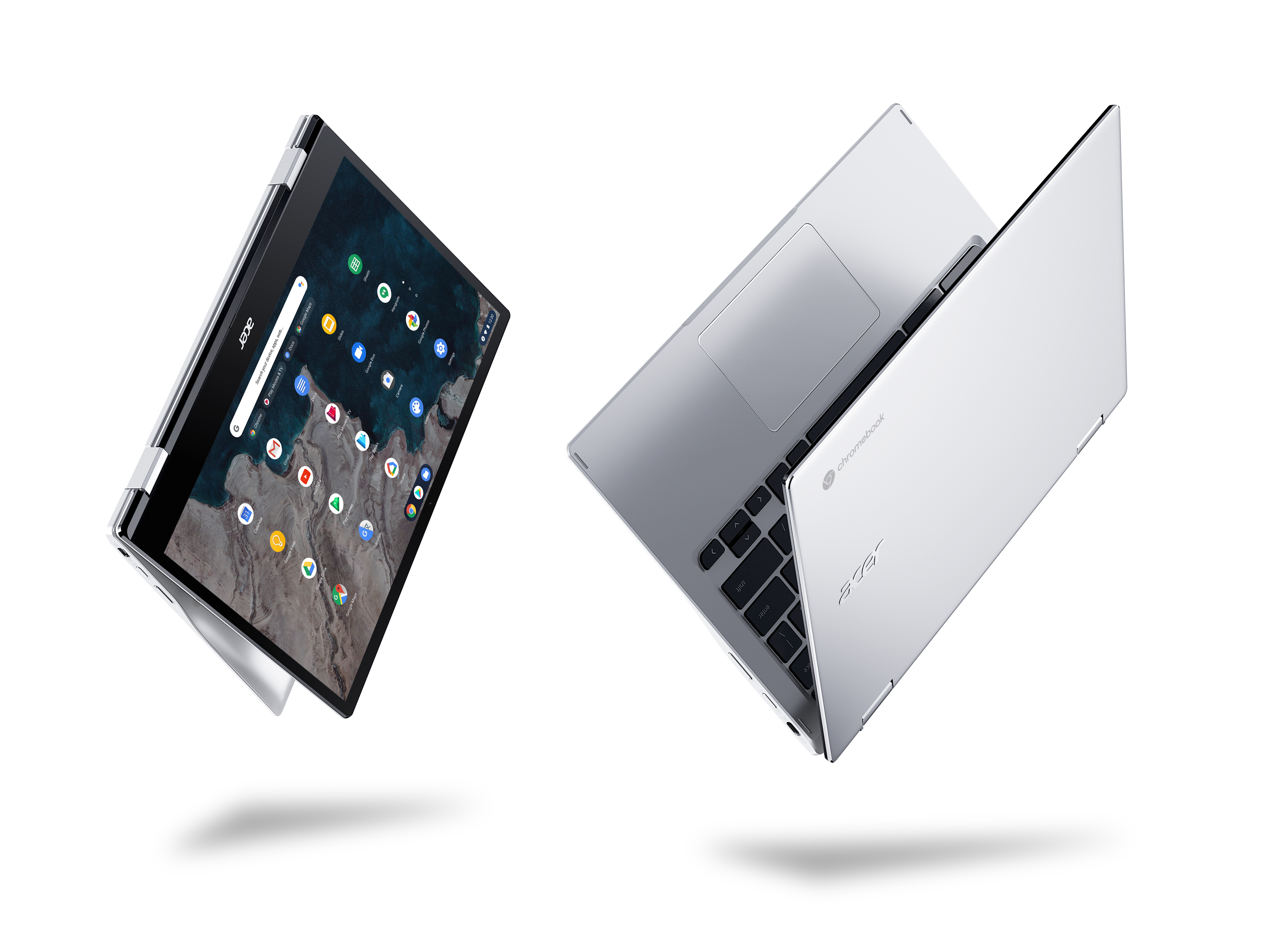 Acer also launched its first Chromebook powered by the Qualcomm Snapdragon 7c compute platform that was introduced alongside Snapdragon 865 and 765 earlier this year. The chromebooks are Acer Chromebook Spin 513 (CP513-1H/ CP513-1HL) and Acer Chromebook Enterprise Spin 513. 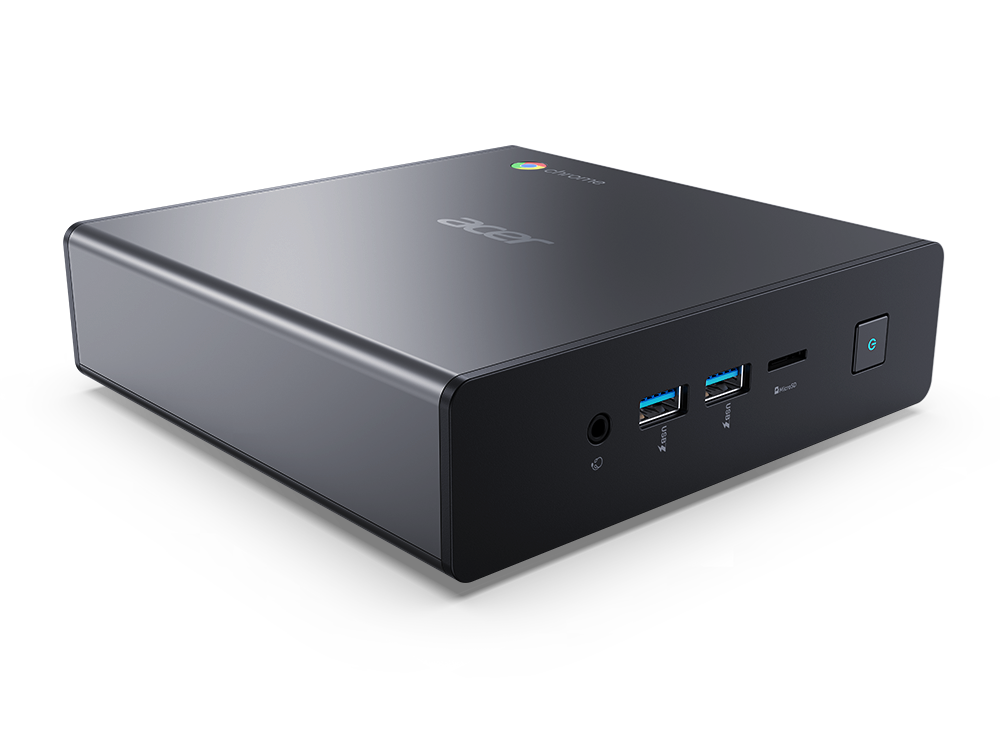 Acer also launched the Chromebox CXI4 which is Powered by up to a 10th Gen Intel Core i7 processor. It has up to five USB 3.2 Gen 2 ports on top of a USB 3.2 Type-C and two HDMI ports. The device also has Intel Wi-Fi 6 (802.11ax) and an RJ45 port for a fast Internet connection, whether wired and wireless. 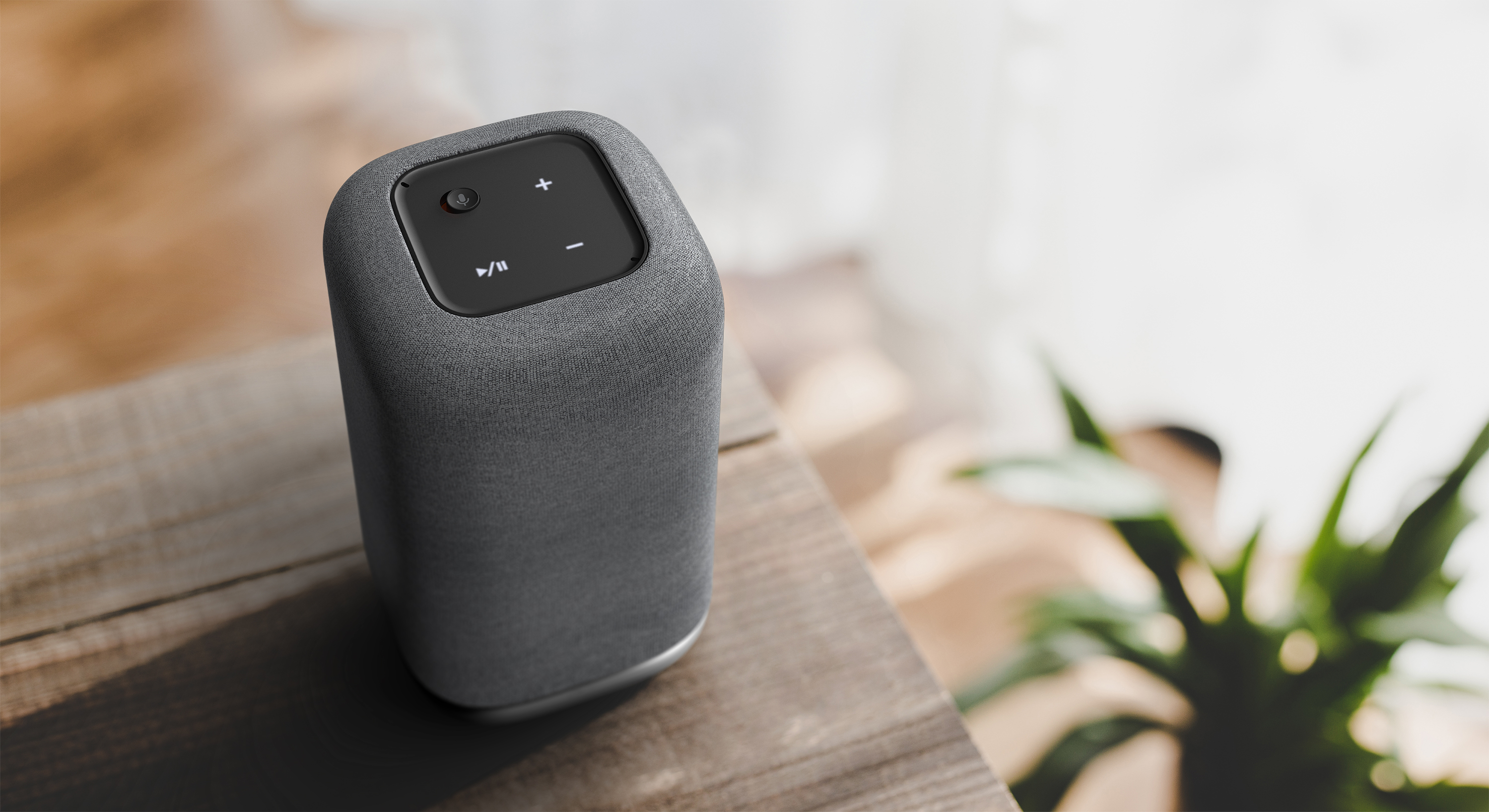 Acer’s new Halo Smart Speaker has a compact size with RGB-base lighting. The speaker is one of the first Google Assistant compatible smart speakers with DTS sound. It also has an optional LED display lets users check the time or see what the weather is like outside with just a glance, and an app is currently under development that will allow users to personalize their device with a message or simple image. You can activate the speaker just by saying ‘Hey Google’. 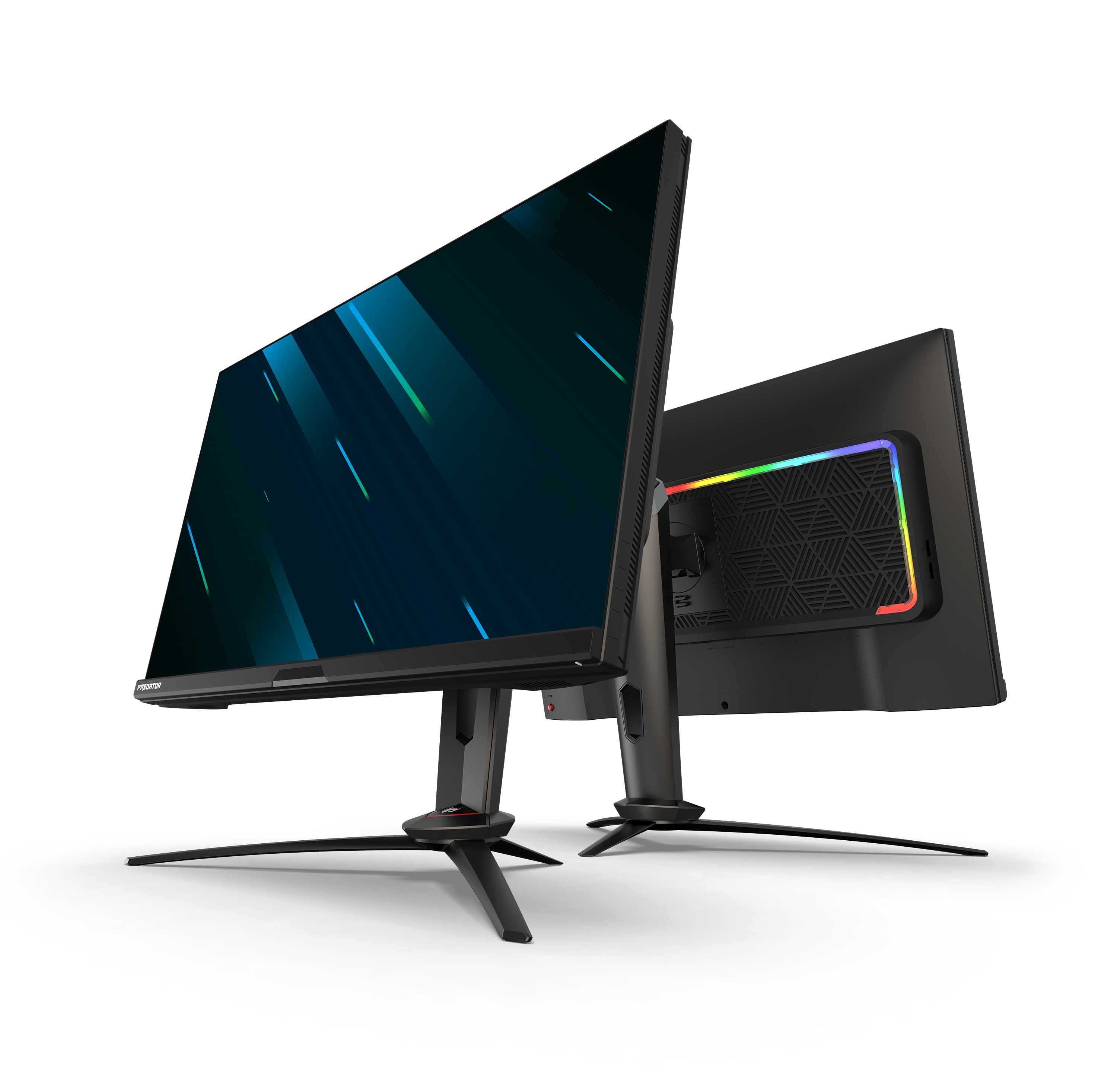 The Predator XB273U NV, part of the XB3 VisionCare series is a gaming centric display. The monitor has a 27-inch QHD (2560×1440) Agile-Splendor IPS1 display which features wide viewing angles, a 1ms response time and up to an overclocked 170 Hz refresh rate, while 95% DCI-P3 color spectrum coverage and a Delta E 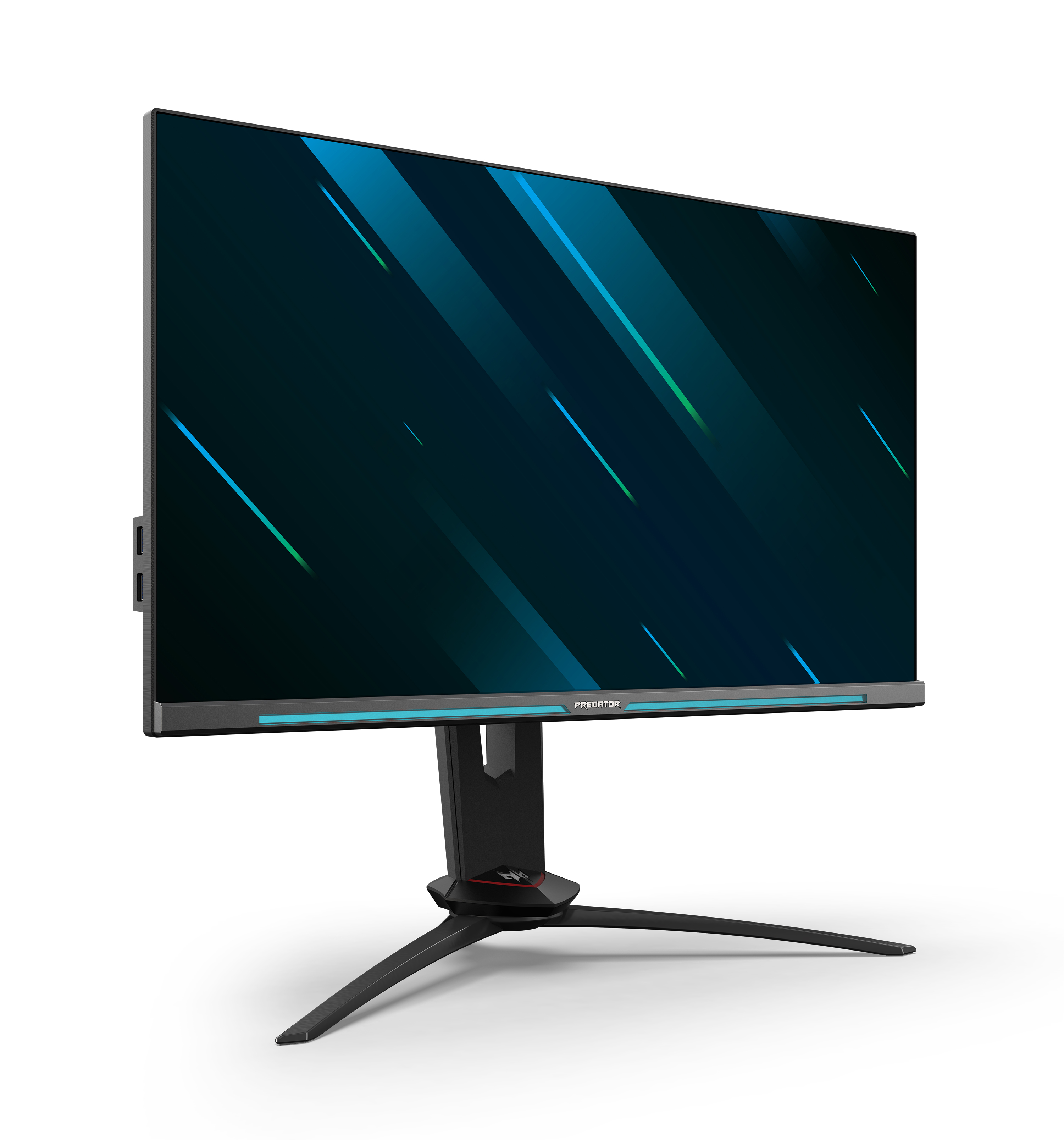 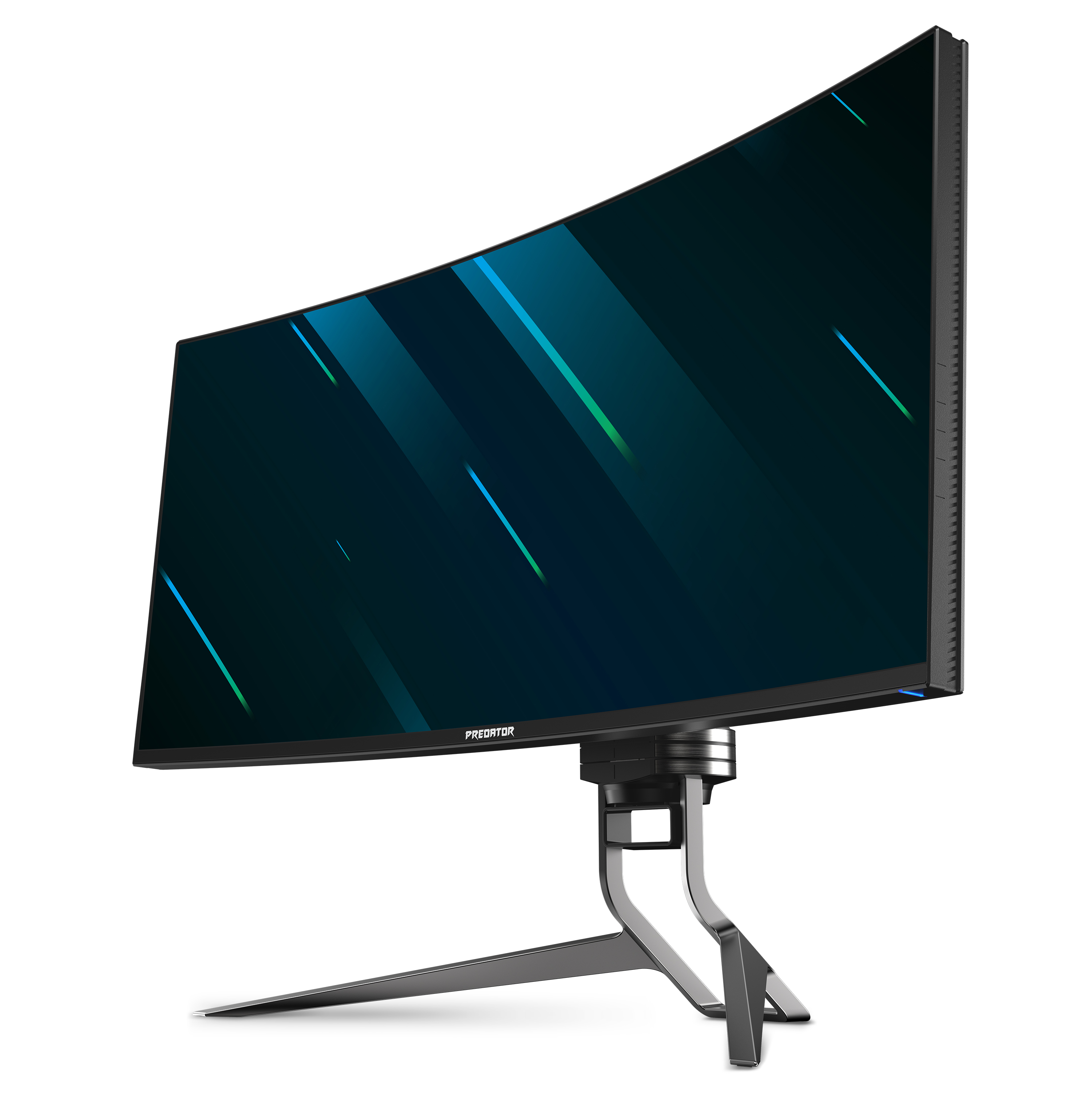 The Predator X34 GS has a 34-inch curved UWQHD (3440×1440) screen, working in tandem with an Agile-Splendor IPS panel. The panel is NVIDIA G-SYNC Compatible, with up to a 180 Hz refresh rate (overclockable) and a 0.5ms (G to G) response time and has two 7W integrated speaker’s. 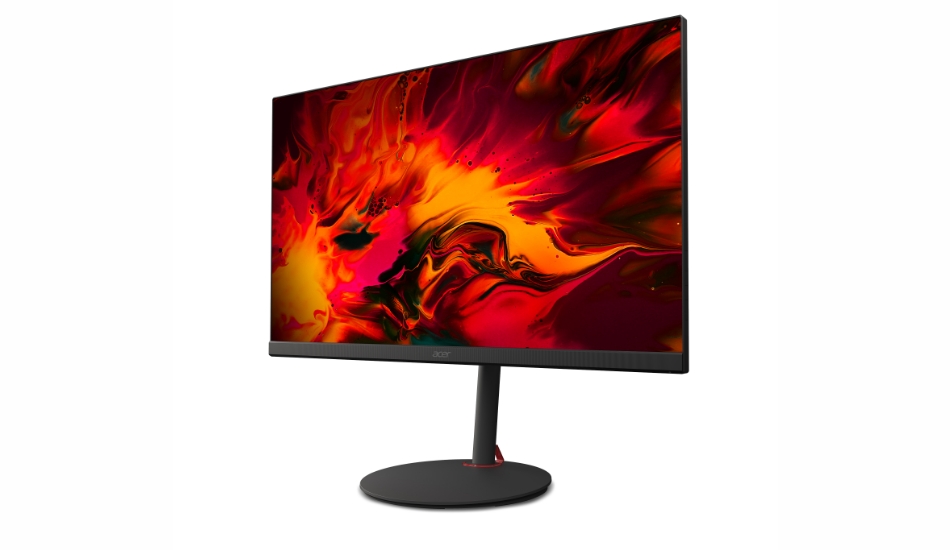 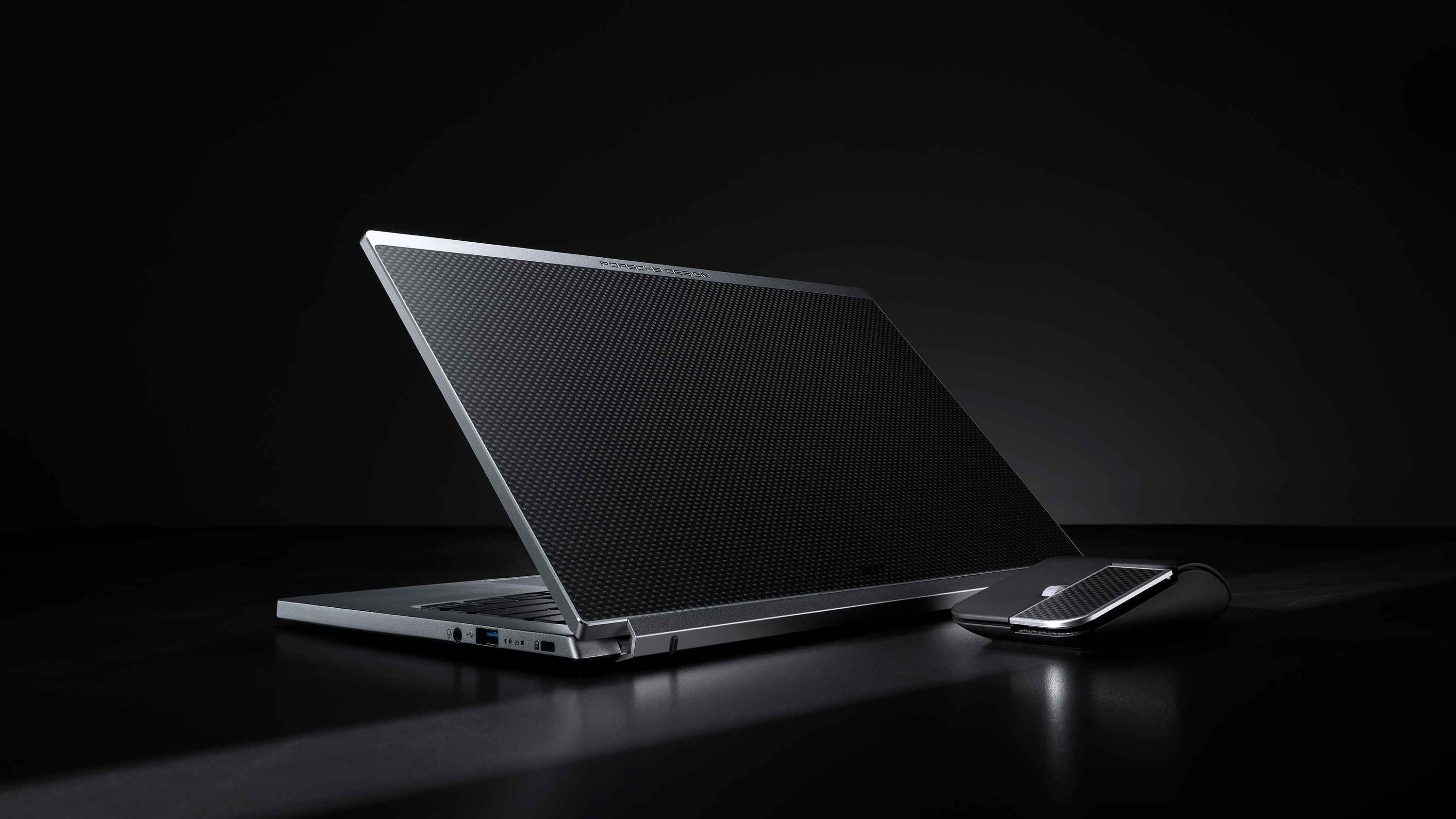 The new Porsche Design Acer Book RS has an all-metal chassis that packs in up to the latest 11th Gen Intel Core i7 processor and an NVIDIA GeForce MX350 GPU with 16 GB of RAM. It has a 14-inch FHD IPS touchscreen. It also comes with a travel pouch that is made from ECCO PALERMO XA Leather. 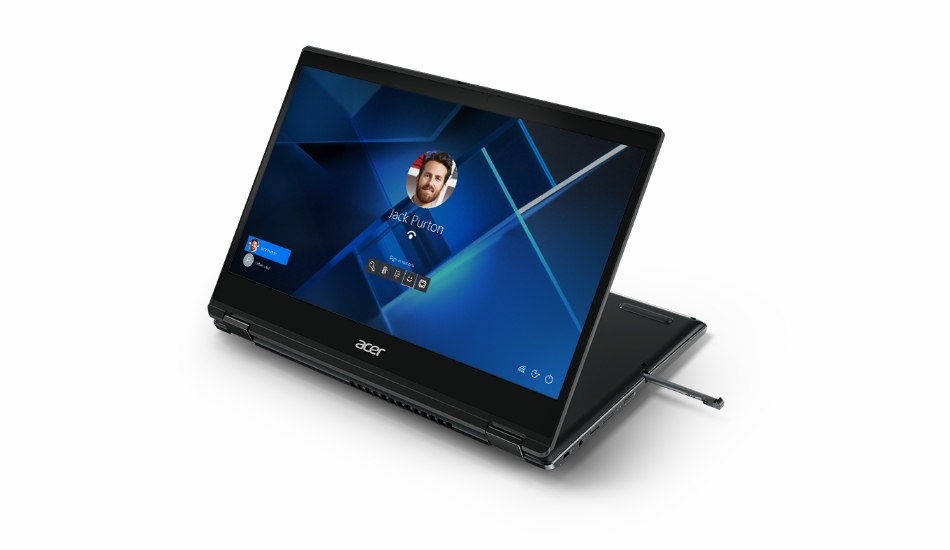 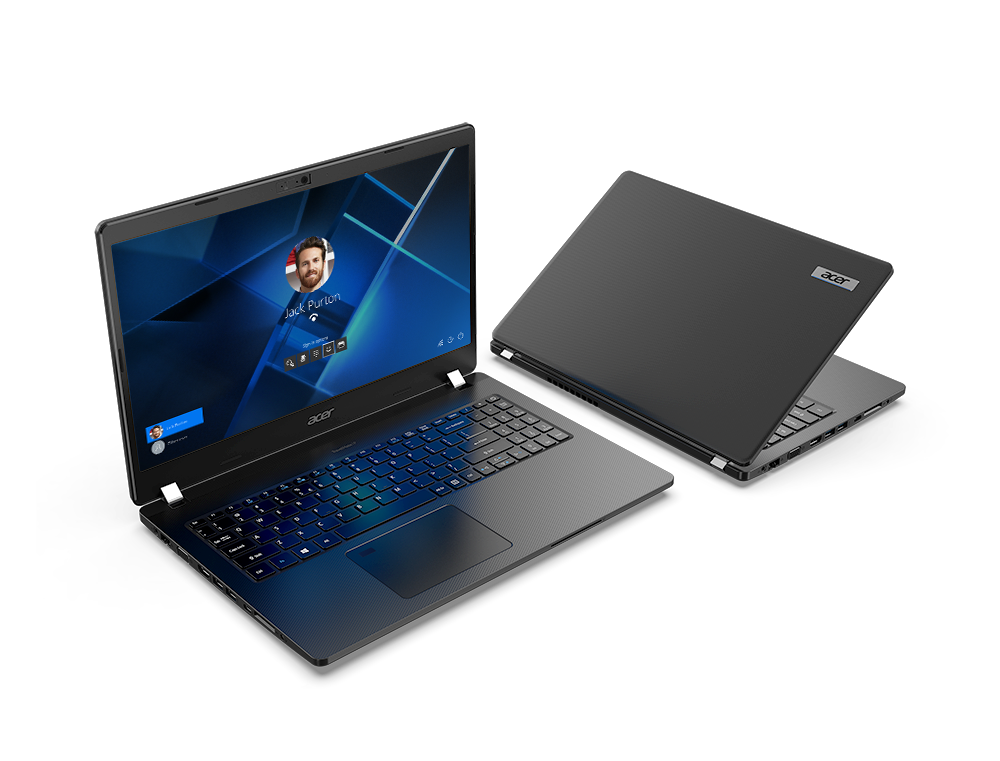 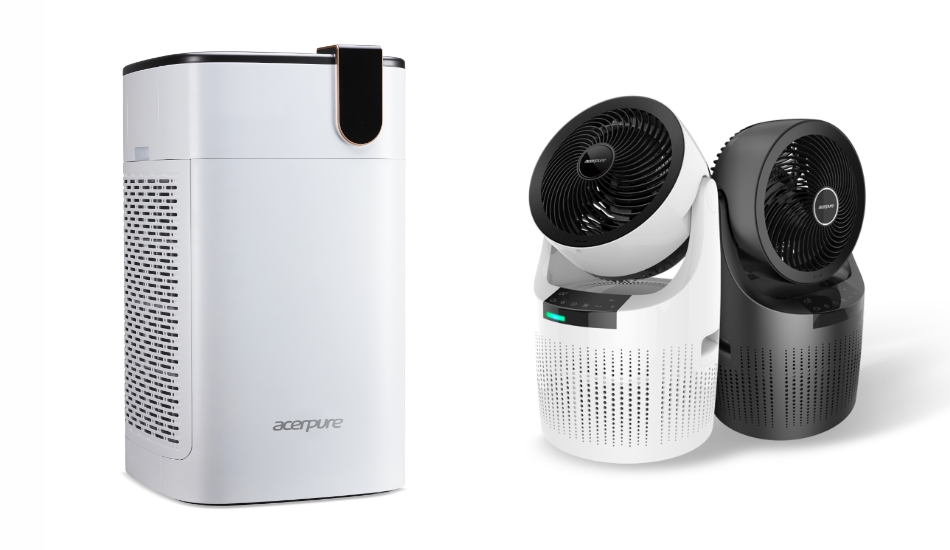 Another product released by AcerPure Inc. Is the acerpure cool, a 2-in-1 air circulator and purifier that leverages a 3-in-1 HEPA Filter to purify air and then a fan to project it around the room. The acerpure cool features a 3-in-1 HEPA Filter combined with a catalytic-activated carbon filter to filter out PM1.0 particles in addition to 99.97% of 0.3μm suspended particles and bacteria. This product will also be available soon in India. 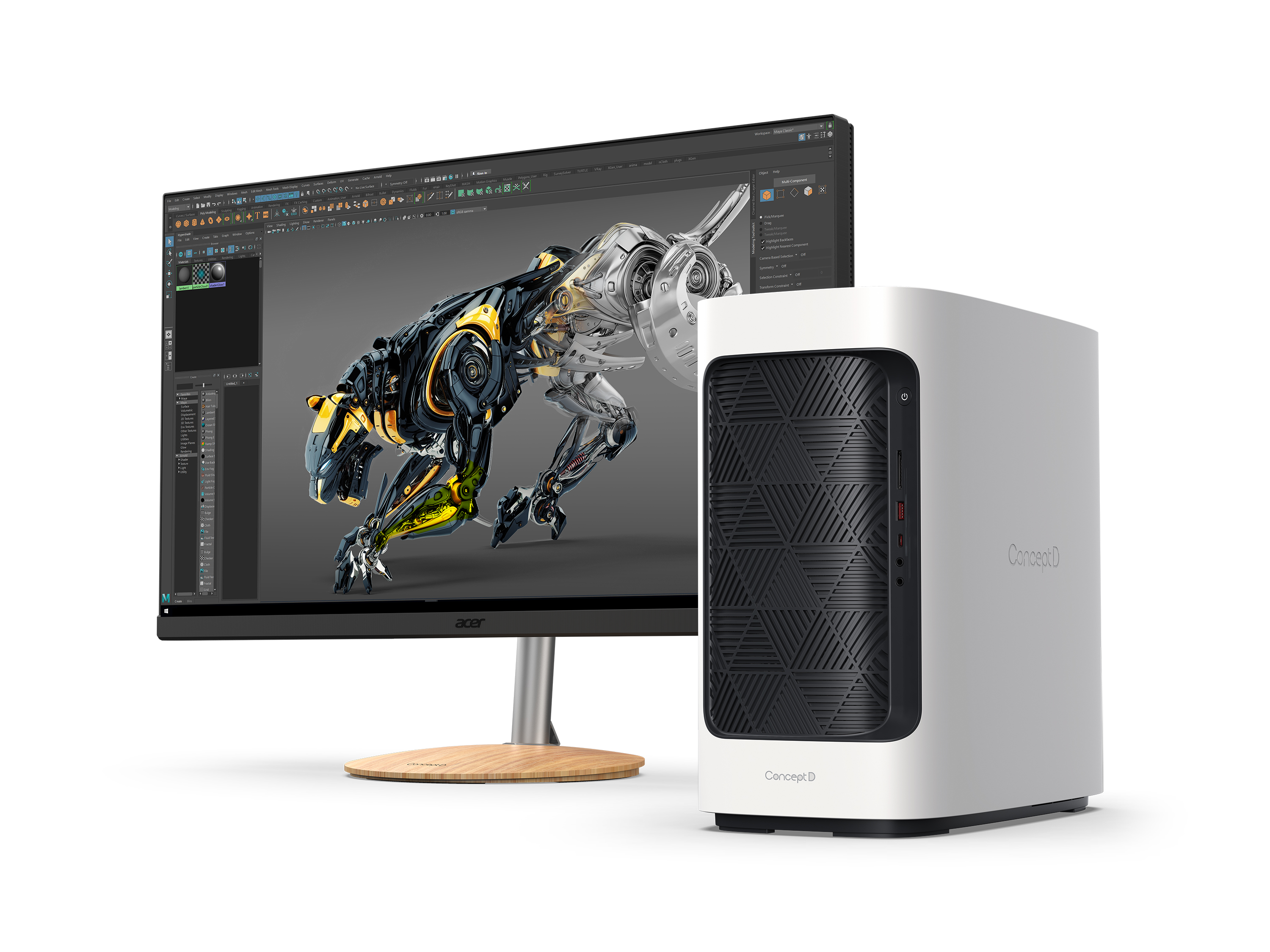 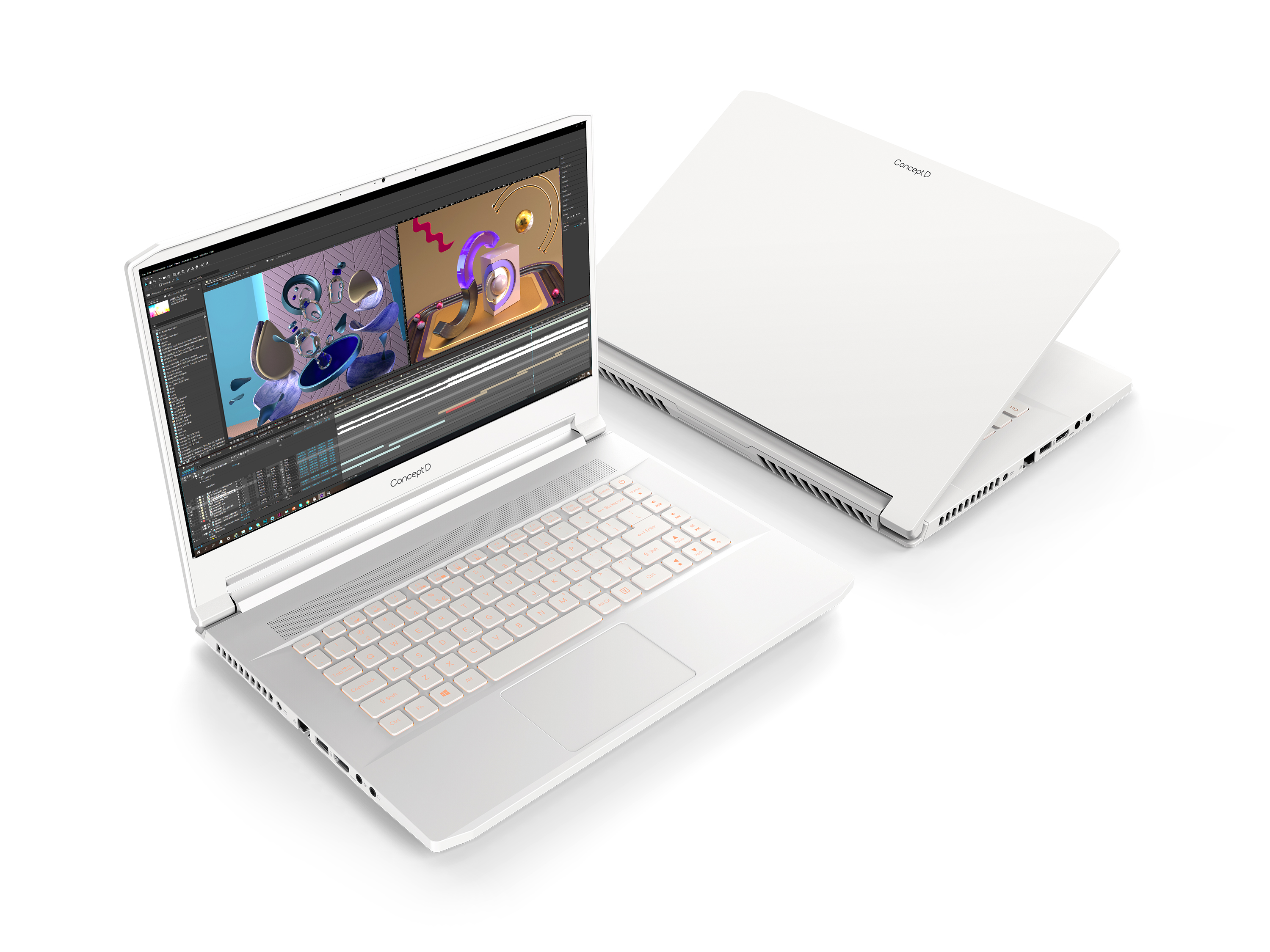 The ConceptD 7 and ConceptD 7 Pro notebooks have been updated to include new 10th Gen Intel Core processors, new Vortex Flow thermal solutions and a host of other features. A distinguishing feature of ConceptD 7 notebooks is the 15.6-inch UHD (3840 x 2160) 4K IPS, PANTONE Validated display. 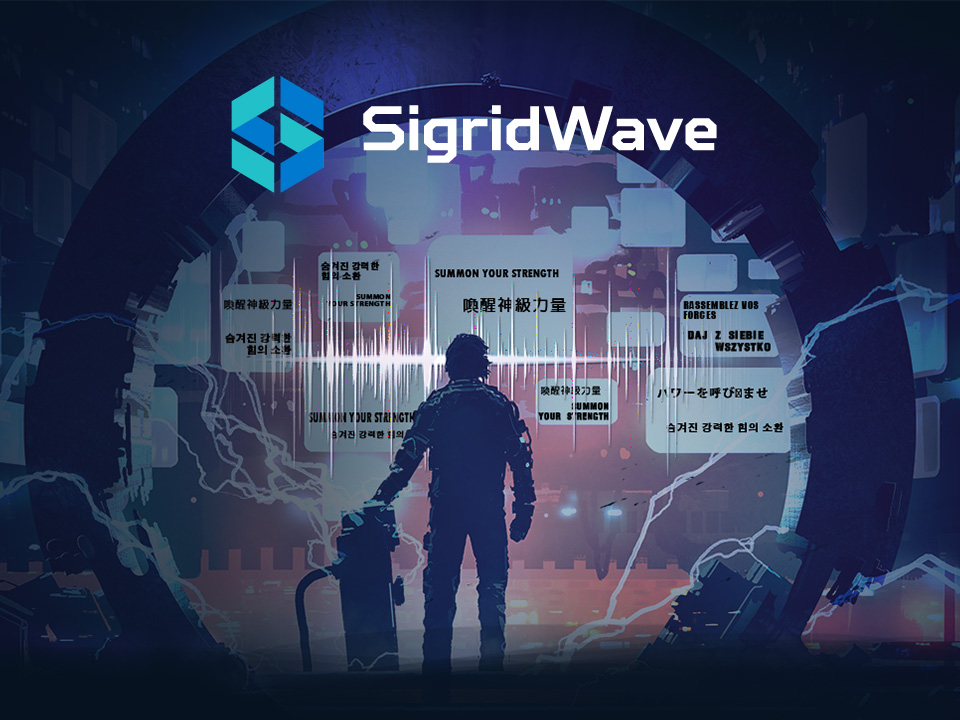 Lastly, Acer also announced SigridWave which is an in-game live AI translator that leverages deep learning technologies to break language barriers and facilitate communication amongst gamers around the world.

SigridWave’s AI has so far been trained with over 1,000 hours of game-centric speech (voice + transcript). Acer also unveiled Clubs and Tournaments, other functions on Planet9 designed to enhance competitive play and facilitate communication between brands and players.