A new tablet of Acer, which is named as Iconia W3 810, has been surfaced. The tablet was listed, perhaps wrongly, on Amazon website for $379 or RS 20,900 approximately. Though Amazon quickly pulled it out, PCWorld managed to retain a screen grab of the listing and shared the details of the tablet. 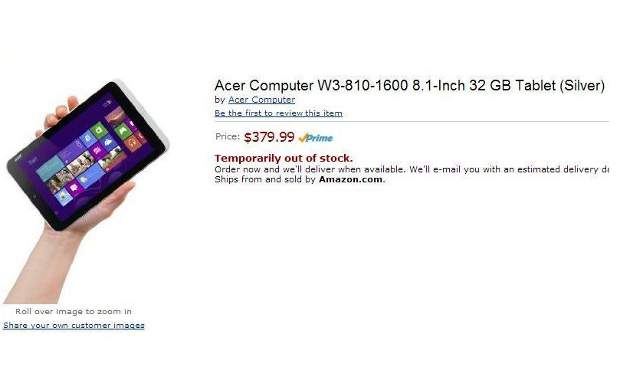 As per the screenshot captured by the website, the new Acer Iconia W3 810 has an 8.1-inch screen and is likely to become one of the first sub 10-inch display bearing tablets with Windows 8 running on it. The listing noted that the Acer Iconia W3 810 tablet features an 8-inch display supporting 1280×800 pixel resolution natively. This tablet will run a dual-core Intel Atom mobile processor and will feature 2 GB SDRAM to run the full blown Windows 8 smoothly. 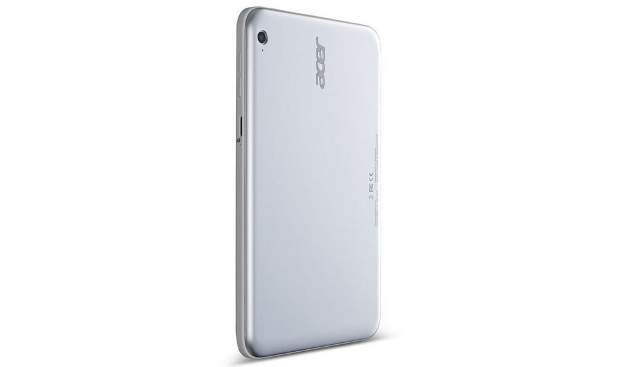 Sporting 32 GB on-board storage, the tablet may not feature a memory card slot to add more storage. This tablet is expected to offer battery life of 8 hours and would come loaded with few Microsoft Office products.

No launch date of the tablet was announced but from the listing we can expect the tablet to be announced anytime in coming few weeks.