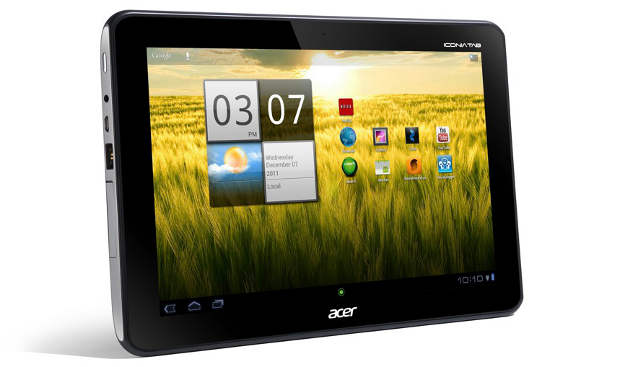 However, Acer is yet to decide on the release of the tablet in India, a spokesperson of the company told The Mobile Indian.

In the front, Acer has added 2 megapixel camera that is said to be capable of performing HD video chats. Surprisingly, this 10.1-inch tablet doesn’t feature any secondary camera at the back. By default, the Acer Iconia Tab A200 will run Android 3.2 Honeycomb with Acer 4.0 UI layered on top of it. Acer promises to release the Android 4.0 Ice Cream Sandwich for the tablet in February.

Of course the on-board storage is not enough and hence the tablet offers memory card slot. For physical connectivity, the tablet includes a full USB 2.0 port and there by pushing the thickness of the tablet to 12.4mm. 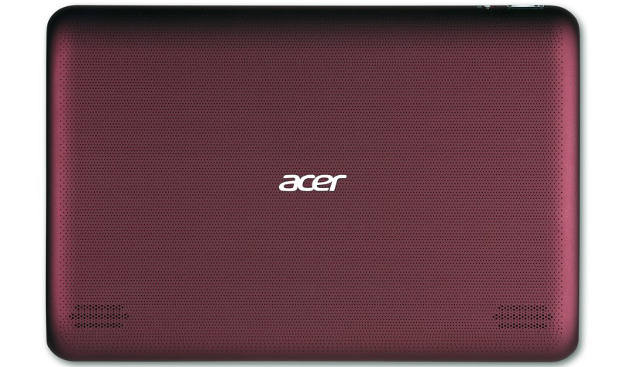 The Iconia Tab A200 doesn’t offer SIM slot and is entirely dependent on the WiFi (802.11 b/g/n) for Internet connectivity. The tablet also has Bluetooth 2.1 and also integrates a GPS module for location based services. For good audio playback, the tablet has a dual grill of speakers at the bottom on the backside. Acer has packed a 3260 mAh lithium polymer battery that promises 10 hours of talk time.

This tablet falls into an affordable segment and hence might be an ideal choice for willing consumers.