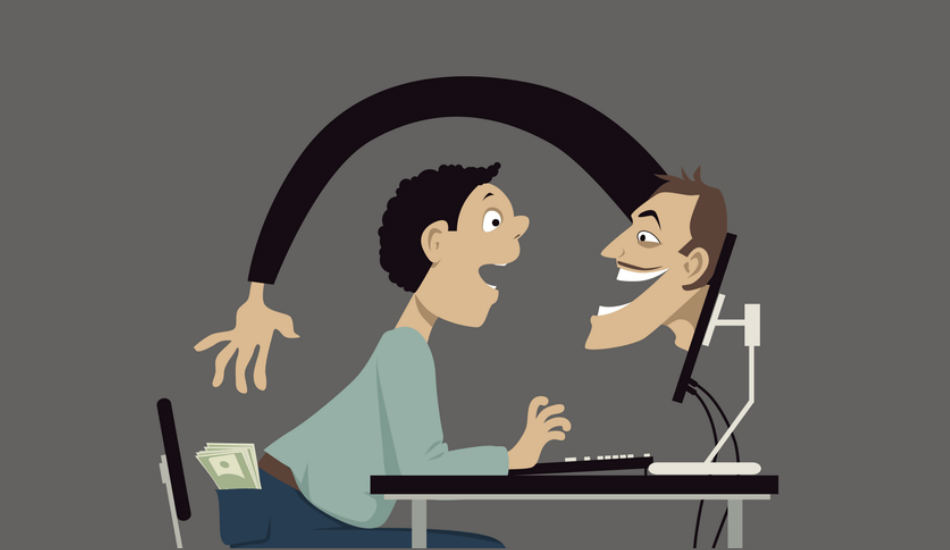 India isn’t immune to such types of fraud as at least 7 out of 10 Indians have experienced tech support scams in the past year. In contrast 3 out of 5 people globally are prone to such scams. On the bright side, the fact that such scams hit only 68 percent of Indians is good news down from 80 percent in 2016.

Tech support scams are anything that’s involved between cold calls and fake online pop-up ads and affect a lot of users who gather content through online platforms on a regular basis. People who go through such scams do acknowledge that the cost of these scams go beyond monetary loss and have led to higher stress levels in humans.

While still a developing country, India isn’t immune to such types of fraud as at least 7 out of 10 Indians have experienced tech support scams in the past year. In contrast 3 out of 5 people globally are prone to such scams. On the bright side, the fact that such scams hit 68 percent of the total users in India is good news since it is down from 80 percent during the year 2016.

Microsoft’s Digital Crimes Unit released the Tech Support Scam Survey 2018 as a means to combat this type of global cybercrime. The teams used a data-driven approach to investigate tech support fraud networks and refer cases to law enforcement as appropriate as a foundation toward establishing protection parameters. In addition to making its consumers learn more about how to stay safe online, Microsoft will also strengthen its products and services from various fraudulent tactics. 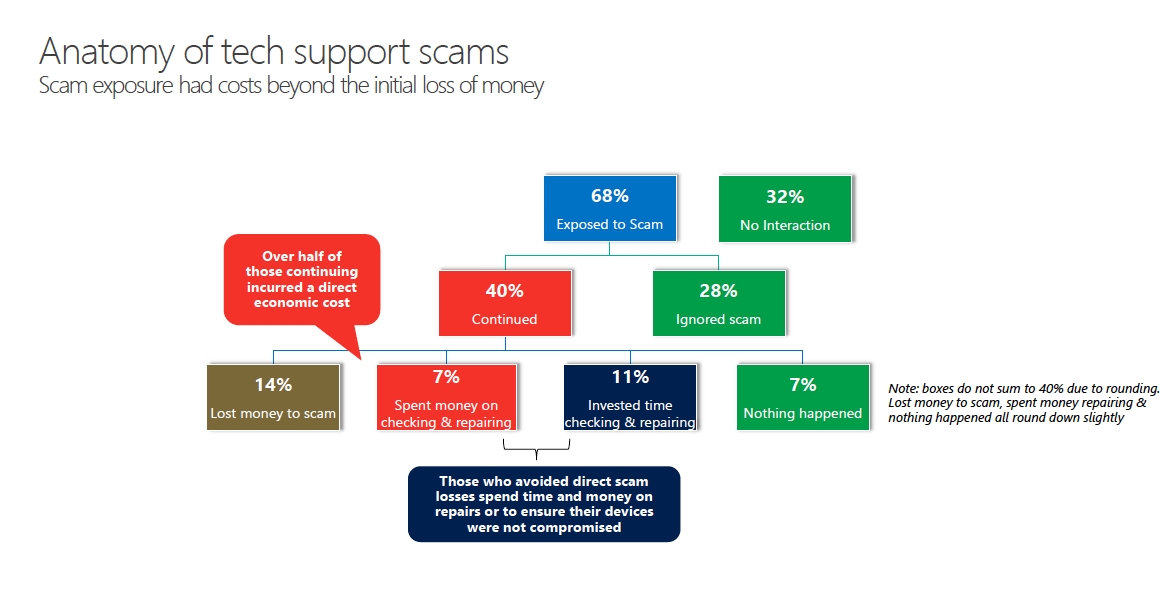 India reported the highest rates of tech support scams with 14 percent of the global distribution taken by the country. It was followed by China, Switzerland and Mexico with around 9 percent each. Compared to the survey taken in 2016, Indians have had a major change in acknowledging such scams as 32 percent of the surveyed people didn’t interact with the scam followed by a respectable 28 percent ignoring such cases.

Of the people surveyed, it was found that 84 percent of people in India experienced severe/moderate stress levels after experiencing scams with as much as 40 percent people going forward with the scam. Only 28 percent of the people were wary enough to ignore a scam which 14 percent continued with the scam and lost money.

Of the total people affected, males were more prone to receive unsolicited emails, calls, popup ads and redirects on their device. Most of the affected (64 percent) users consisted of Millennials of the age 24-37, which were followed by Gen Z population between ages 18 and 23. Millennials were also more likely to lose money in terms of age with females being more prone to the same in terms of gender.

It was also concluded that Gen Z and Millennials engaged in riskier online behaviour with the extended use of social media, content downloads and online shopping leading to such scams. This was interesting since it was the millennials who rated themselves the highest in computer and web expertise with 89 percent of the millennials jumping on board.