The Bajaj Pulsar 150 is Bajaj’s bestselling motorcycle in India.

The much awaited 2018 Bajaj Pulsar 150 has been completely revealed in new spy shots. The shots show a new updated muscular design along with new features.The Bajaj Pulsar 150 is Bajaj’s bestselling motorcycle in India. Bajaj has decided to update the aging design and bring in it line with the other commuters in the markets. The original Pulsar 150 was launched in 2001. The facelift seems to have taken inspiration from the Pulsar 180 and looks slightly more aggressive. 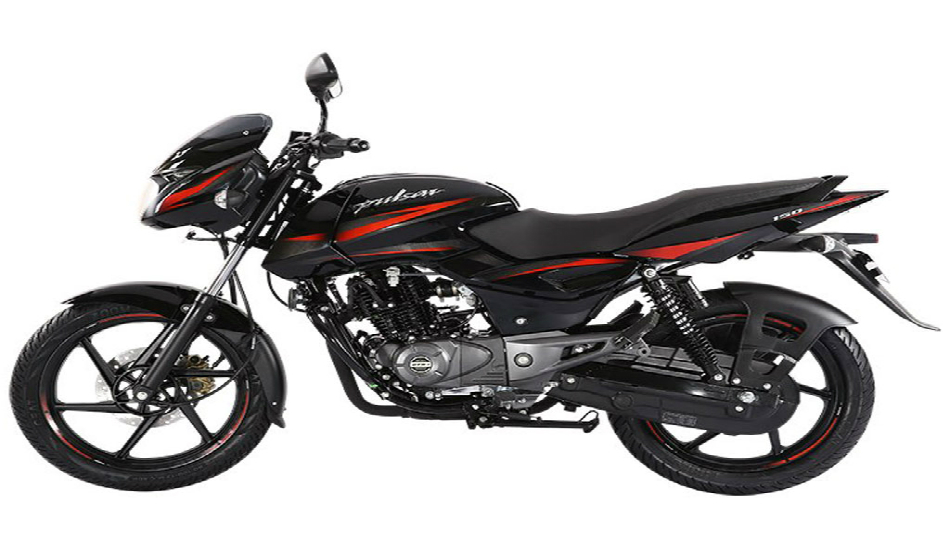 The spy shots also reveal that the Pulsar 150 might come with flatter forks at the front end. This will improve the ride quality. At present disc brakes are only available at the front but the spy shots show both rear and front having disc brakes. This will improve the braking performance. We would love to see Anti-Lock Braking System(ABS) on this motorcycle.
The current Pulsar 150 comes with a single saddle layout whereas the spy shots show that Bajaj will also add a split set-up for the seats. Like every facelift Baja will add new colors to this motorcycle. However this time the spy shots suggest that Bajaj will offer the Pulsar 150 with dual tone color schemes. The spy shots show a black and blue variant. However, this might not be the only color that the motorcycle will be launched with. Along with that, the instrument cluster might also see new colors for the display.

The current spec Bajaj Pulsar 150 comes with a 149cc, single cylinder, air-cooled engine producing 13.8 horsepower along with 13.4 Nm of torque. This motor is mated to a 5-speed manual transmission. The front suspension of the bike has telescopic forks while the rear gets twin spring gas-charged shock absorbers. The bike gives an excellent fuel economy of 60 km/pl which is segment-leading.
The motorcycle is priced at Rs. 76,224(ex-showroom Delhi). We expect the price of the motorcycle to go up when the facelifted version is on sale. Expect the price to be around Rs. 80,000. The Bajaj Pulsar competes with the likes of Honda Unicorn, Suzuki Gixxer, Yamaha FZ, Honda Hornet, TVS Apache, Hero Xtreme etc.