A collection of amazing videos related to mobiles and as you'll see, the list includes recently released or to be released exciting smartphones, apps and games.

Over the past few years, we’ve seen a lot of activities happening in mobile domain related to launch of handsets and applications, review of handset and apps, improvement in mobile gaming experience, and so on. 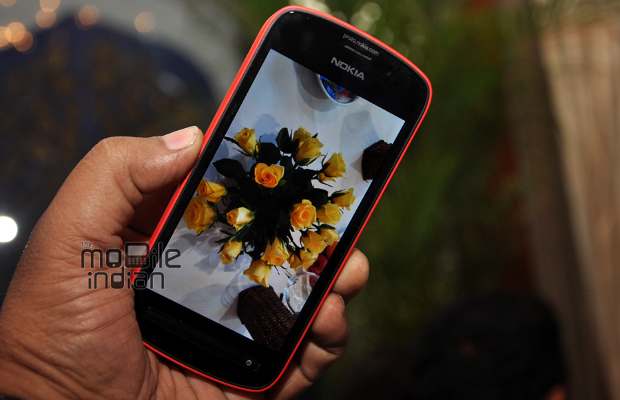 Here we present too you 10 amazing video related to mobiles and as you’ll see, the list includes recently released or to be released exciting smartphones, apps and games.

This handset is to be launched in India next week. It features a 4.8-inch HD Super Amoled display that has PenTile pixel arrangement (two sub-pixels per pixel) and has about 306 pixels per inch pixel density.

Asus Padfone is a hybrid device that comprises of a smartphone with a 4.3 inch display and is powered by Android Ice Cream Sandwich operating system. This smartphone when placed inside the PadFone Station transforms into a 10.1 inch tablet with five times the battery capacity.

This video walks through the various features and physical attributes of the BlackBerry Mini keyboard, including the convertible case for BlackBerry PlayBook tablets.

Samsung Galaxy Note 10.1 features a 1.4 GHz dual core processor along with 1 GB of RAM memory. The bigger Note will now come in 16, 32 and 64 GB variants along with the option to increase the storage space by another 32 GB via a micro SD card. The device also features the Latest Google Android Ice Cream Sandwich operating system that offers maximum performance optimisation and compatibility.

The functioning of the Instagram application is very simple – all users need to do is click or select a picture and Instagram has a set of filters that a user can choose from and apply that filter to give the desired effect to the picture. Users can simply transform everyday moments into works of art which they would want to share with friends and family.

Angry Birds Space is the new iteration of the Angry Birds game set in the outer space where the birds are supposed to rescue their eggs from notorious pigs. Rovio has added more twists and challenges based on physics. The Angry Birds Space features 60 interstellar levels which includes a new concept of zero-gravity creating fields.

Plants Vs Zombies is a popular mobile game of PopCap. The game is already a big hit on iPhone. As the name signifies, it’s the battle between the plants and the zombies but as by nature plants are not self-reliant, they need your help in terms of strategising and planning what to do and what not to.

Nokia’s Lumia 610 will be based on Windows Phone Tango operating system and is expected to be an affordable smartphone. However, the phone will not have low end hardware specifications as the Windows Phone Tango based Lumia 610 will come with an 800 MHz processor, 256 MB RAM and 8 GB of onboard memory. Along with that the device will also feature a 5 megapixel camera and MMS capabilities.

Swype is a keyboard app for Android which allows users to input words just by sliding their fingers over the touchscreen from letter to letter. The app also uses error-correcting methods to figure out which words are intended by the users.