Mechanical keyboards are now demand but for new buyers, here’s an in-depth guide about these keyboards. 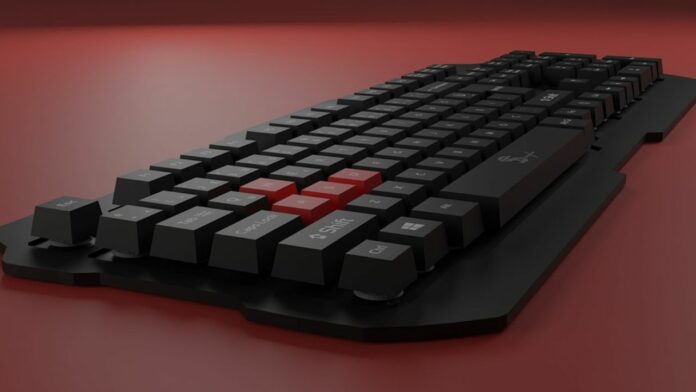 Keyboards play a vital role for everyone who works on a computer on a daily basis and it is important to have the one that suits you the most. Yes, keyboards nowadays come in a variety of sizes, shapes and types and it is actually interesting to see how the keyboard key shape or size can improve your typing experience. Out of all the types, one is the mechanical type. Mechanical keyboards are now in trend and have a character that suits a lot of people. However, is it suitable for you and what should you keep in mind before buying a mechanical keyboard? We’ll try to answer these questions through this article but first, let’s get you through the basics.

What is a Mechanical keyboard?

Most people today use one of two kinds of keyboards: membrane and mechanical keyboards. While we’ll explain you the difference between the two in the later part of the article, understand that the mechanical one has a plastic switch under the key that establishes the connection.

These are spring-activated switches that have a better tactile feel to them when you type and are also more audible than normal membrane type keyboards. These switches, when pressed, bridge the keycap you press following which the circuit board converts your keystrokes into digital signals.

Uses of a Mechanical Keyboard

A mechanical keyboard is used primarily for typing, gaming, and programming, although they have multiple other applications such as in music production, graphic design, etc. Basically, you can use it for anything else you can use a keyboard for, provided it suits your typing style. Talking of Typing style…

How do Mechanical Keyboards differ from Membrane ones?

Membrane keyboards, the more common type which most people use, feature a sort of rubber dome under each key. When you press the key, the rubber is compressed, and the key makes an electrical connection with the keyboard’s wires to convert your presses into digital signals and execute your action.

These keyboards have a far less key travel than mechanical ones. In turn, the feedback from the key is not very noticeable. As a result, some heavy typists use mechanical keyboards in order to prevent themselves from making accidental keystrokes. However, people just love the way they sound, feel and the nostalgia factor also plays a key role.

Apart from that, these keyboards typically only require a key to be pressed halfway to send a signal to your computer, that allows for quicker and easier typing.

Why use a Mechanical Keyboard?

As we mentioned, the keyboard should suit your style of typing and what type of feedback you want from it. Unlike most membrane keyboards, the sounds, feel, and feedback from mechanical keyboards let typists type faster and in a more accurate manner. It also lets gamers control their in-game movement more precisely.

Moreover, there are a bunch of options in the mechanical keyboard world when compared to membrane ones. Also, mechanical keyboards are very customisable and you can switch any key of your choice for a different colour. For instance, many gamers replace their keycaps as they age, or replace them with custom keycaps (such as special WASD keys as they are standard keys for movement and various other options in PC games).

Furthermore, because the keys are replaceable, you can even ditch the QWERTY layout for a choice of yours. Then, you can reprogram the keys via the computer, allowing for easy and comfortable typing experience.

As there are two sides to every coin, there are some negatives to the mechanical keyboard as well. The most prominent ones being, the loud nature of the keypresses and a comparatively higher price range than membrane keyboards. But, there are always exceptions.

Things to keep in mind before buying a Mechanical Keyboard

Connectivity Type: Choose whether you want the keyboard to use wired connectivity or wireless. While most mechanical keyboards have the former, the latter is also being adopted by the companies.

Know what you are buying it for: Mechanical keyboard has a variety of components. As said, they have a number of switch types. Certain switches require you to fully depress the key before actuation, while others have shorter travel distances for quicker clicks. Writers prefer the latter for faster typing while gamers prefer the former to prevent accidental presses while gaming.

Appearance: The appearance of a mechanical keyboard also matters on the basis of what you prefer. If you want something funky or eye catchy, you can buy the one that has RGB lights beneath the keys with different colours. Or, you can go for a minimal approach with an elegant look and feel, such as a Matte black keyboard or a completely white one.

Some Mechanical Keyboard options to consider

Here are some Mechanical keyboard options to choose from:

Priced at Rs 1,799, this is a compact Mechanical Keyboard with 104 keys. Cosmic Byte claims the keyboard is designed for long gaming sessions. The keys installed in the Pandora Keyboard are made to withstand a key life of over 50 million-plus operations for each key.

The Pandora Keyboard comes with All-Key Anti-Ghosting meaning you can press multiple keys for simultaneous actions inside the game. The Pandora TKL Mechanical Keyboard is equipped with 20 backlight effects while you can also adjust the backlight brightness and speed. Cosmic Byte’s Pandora Keyboard is built with a metal body which makes ideal for rough usage as well.

Logitech is a known name in the world of computer accessories and it makes one of the best quality keyboards that are also high on price. Priced at Rs 8,995, with the G512, you can choose from three distinct mechanical switches: Romer-G Tactile, Romer-G Linear, and GX Blue Clicky.

You can personalise lighting for each individual key, customise animations and enjoy in-game integrations from a spectrum of around 16.8 million colours. The additional, dedicated USB cable connects the USB passthrough port to its own input for high power throughput and data speed.

It has a brushed aluminium-magnesium alloy top case and also supports built-in media control. One can also customise which keys are turned off when you turn on game mode. You can purchase the keyboard from Amazon India.

One of the other options in Mechanical keyboards in India, is from Zebronics. Priced at Rs 3,779, the Zebronics ZEB-Max Ninja 61 is a wireless mechanical keyboard which supports up to 3 Bluetooth connections via one 2.4GHz RF wireless nano receiver. It also supports a detachable Type C cable for wired mode of usage.

It has a built in rechargeable battery with low battery indication and charging indication. They keyboard has 61 keys while the backlighting has 5 brightness levels to choose from. You can also lock/unlock the Windows key.