Here’s the difference between the current generation Web 2.0 and upcoming Web 3.0. 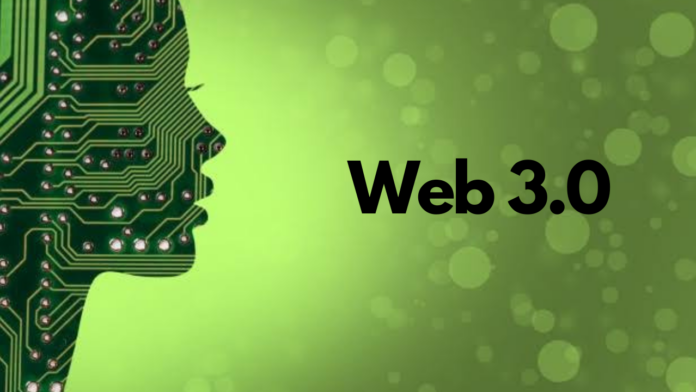 You might have heard of the term World Wide Web but if you don’t know what it actually is, here’s a simple definition: The World Wide Web, which is also commonly known as the Web, is an information space consisting of documents, files, and other resources that can be accessed by anyone via the internet while using a web browser. Now, the Web has evolved over the year in a massive way and not only it has brought major improvements but has also affected people’s lives in a way they couldn’t imagine. Today, we are going to talk about the difference between the second (Web2, Web 2.0) and the upcoming third-generation (Web3, Web 3.0) of the Web.

To know the difference between Web 2.0 and Web 3.0, you should first know how it came into existence with Web 1.0. The first generation of the web was originally defined by Tim Berners-Lee in 1989. Web 1.0 was about basic connectivity and hyperlinks. This concept evolved further with the creation of the web browser (such as Google Chrome) that allowed regular users to easily access webpages. The first modern web browser was NCSA Mosaic in 1993 which was co-developed by Marc Andreessen, later the co-founder of Netscape, one of the companies of the web’s first generation.

While Web 1.0 was pretty much basic and was limited to text only (and no video content), Web 2.0 was a major leap forward with its arrival in 2004. This year was one of the most important ones in the history of technology in general. Not only Google offered its IPO in 2004, but this was also the year of the creation of Facebook (now known as Meta).

Web 2.0 is what we currently experience in the form of video content, social media, blogs and more. Web 2.0 removed the restrictions present in Web 1.0 such as only static content was being made. A bunch of new technologies helped Web 2.0 progress quickly. One such technology was Ajax (Asynchronous JavaScript and XML) which was first popularized by Google Maps and made users familiar with it. This technology was again a big step forward. With the help of it, instead of just a flat, static map, users could zoom, scroll and manipulate the map image inside Google Maps according to their needs.

Further, another technology that changed the way the Web looked was CSS (Cascading Style Sheets). This is because it allowed developers to design complex layouts for websites whereas Web 1.0 forced developers to format pages with tables, which restricted advanced control. Web 2.0 is a concept that stretches beyond the horizons of just websites. The evolution of Web2 led to the creation of some of the most prominent companies we have standing today, including Apple, Amazon, Google, Meta, Netflix and more. Web 2.0 doesn’t end here as it is also the reason behind the inception of the device you are currently reading this article on. Yes, we are talking about all the Android phones, iPhones and iPads of the world.

As Web 3.0, also commonly referred to as Web3, is still in an emerging phase, its definition can still be considered as a debatable topic. Berners-Lee used the term Web 3.0 to describe what he referred to as a Semantic Web in 2006. On the other hand, the Ethereum co-founder Gavin Wood first used the term Web3 in 2014 with regard to cryptocurrency. However, what we do know is that Web 3.0 is built upon the core concepts of transparency, decentralisation and better and more efficient user utility.

Berners-Lee had detailed the term decentralisation in the 1990s when”No permission is needed from a central authority to post anything on the web, there is no central controlling node, and so no single point of failure…and no ‘kill switch’! This also implies freedom from indiscriminate censorship and surveillance”.

This also brings us to the topic of cryptocurrency which stands as a major integration in Web 3.0 as it is also built around the idea of decentralisation. Moreover, the concept of non-fungible tokens (NFTs) is another way to create, manage and own exclusive assets using blockchain technology so that the asset stays digital but is also equally precious in value as that of a physical one. Talking about digital assets, everything in Web 3.0 is expected to go digital including activities such as office meetings, gaming, and children playing with each other but with their respective avatars and in a digital play field. These are only some of the examples of how Metaverse will come into play.

While being decentralised, Web 3.0 will also be trustless and permissionless. To be trustless means that users will be able to interact directly on the network, without going through a trusted intermediary. For being permissionless, it would mean that anyone can participate in a digital activity without any authorization from a governing body. Therefore, Web 3.0 applications will run on blockchains or decentralized peer-to-peer networks. Apart from that, Artificial Intelligence (AI) and Machine learning will also play a major role in Web 3.0. Using these technologies, one can expect major advancements in areas of data processing and quickly it is processed. It will enable computers to produce faster and more relevant results in a bunch of areas.

While Web 2.0 became a dynamic and social space, Web 3.0 will become more efficient and smarter. Where Web 2.0 is operated by centralised authorities, Web 3.0 will be decentralised and will operate on Edge computing and peer-to-peer technologies. In the Web 2.0 era, we use fiat currency for transactions while in Web 3.0 era, we would be able to use encrypted cryptocurrencies, such as Bitcoin and Ethereum for transacting. While you use Social Networking today for interacting with people, with Web 3.0, metaverse worlds will emerge to let you interact in virtual and augmented reality.