Irrespective of the operating system, we have here listed five tablets which are considered the best in the sub-Rs 15,000 segment.

We recently presented to you the top 5 tablets under Rs 5,000. Today, we have decided to up the budget, for those of you who wish for more features and technology. Let us have a look at the top 5 tablets, irrespective of operating system, available in India under Rs 15,000. 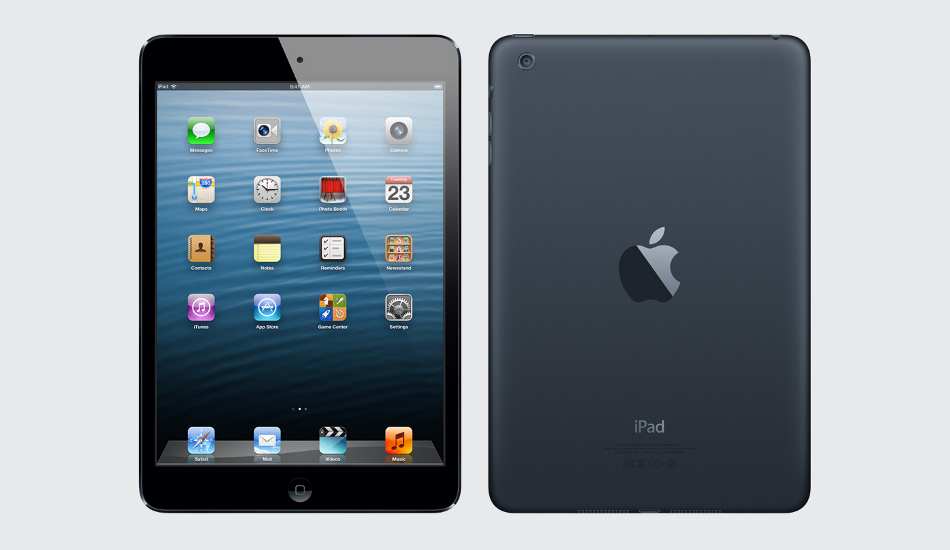 The first generation Apple iPad Mini (16 GB, WiFi), which was introduced in India in December 2012 for Rs 21,900 onwards, can now be purchased for less than Rs 15,000. Despite being a bit older, many of you who aspire to have a Apple device may go for this tablet which is still quite attractive. The Apple iPad Mini comes with a 7.9 inch IPS display, which is LED backlit and has a resolution of 1024 x 768 pixels. IPS technology allows you wider viewing angles, and thus a better experience.

It has a dual-core 1 GHz processor with 512 MB of RAM. The available storage is, of course, 16 GB. The 5 megapixel primary camera comes with auto-focus, iSight Camera, video recording at 1080p, and video stabilisation, but no flash. The secondary camera has 1.2 megapixels, but records videos at 720p, has face detection, and can be used to FaceTime over WiFi. The Apple iPad Mini is a WiFi only tab, but also has Bluetooth 4.0.. The 4490 mAh battery claims to offer about 10 hours of play time.

Asus just yesterday announced this Fonepad 8 FE380CG tablet for Rs 13,999. Available in black and white colours, the Asus Fonepad 8 comes equipped with a 64-bit quad-core Intel Atom Z3530 processor that has a clock speed of 1.33 GHz and huge 2 GB DDR3 RAM. Fonepad 8 is available with 16 GB of onboard storage, which can be further expanded to up to 64 GB via a Micro SD card. For connectivity, the Fonepad 8 offers two SIM slots for 3G connectivity and voice calls. It also offers Bluetooth, micro USB port and WiFi.

The Android 4.4 KitKat based Fonepad 8 has a 5-megapixel rear camera and a 2-megapixel front-facing camera with PixelMaster technology that claims to offer high-quality images and videos. The Asus Fonepad 8 comes equipped with a 4000 mAh battery that, as per Asus, provides up to 12 hours of life when watching videos or browsing the web, or up to 21 hours of 3G talk time.

Digiflip Pro XT911 is armed with an 8.9 inch HD IPS display with a resolution of 1920 x 1200 pixels. The dual-core 2 GHz processor based the Digiflip Pro XT911 has 16 GB of internal memory which can be expanded by an additional 32 GB via a micro SD card and 2 GB of RAM. It has a 5 megapixel auto-focus rear camera that can record videos but has no flash support. In the front, the tablet has a 2 megapixel camera for video calling, etc.
The Digiflip Pro XT911 has a SIM slot for 3G, and also comes with Bluetooth 4.0, WiFi, and GPS. The large 6500 mAh battery of the tablet gives a talk time of 15 hours or a standby of 168 hours.

The Samsung Galaxy Tab 4 has a 7 inch display with a resolution of 800 x 1280 pixels. The tablet has a 1.2 GHz quad-core processor and 1.5 GB of RAM. For storage, the Galaxy Tab 4 offers internal memory of 8 GB and an expandable storage slot for a micro SD card of up to 32 GB.

The Samsung Galaxy Tab 4 offers a 3.15 megapixel primary camera that can record videos at 720p, at 30 fps. Its front 1.3 megapixel camera can be used for video calls. The 3G enabled tablet also has WiFi and Bluetooth. The battery is a 4000 mAh package, making it average sized and enough to last 8 to 10 hours of playtime.