Tablets these days come in several sizes and features. Few of them also offer dual SIM connectivity. Here we have listed five tablets in the Rs 10,000- Rs 20,000 price segment. Note that we have only considered the Android operating system based tablets. 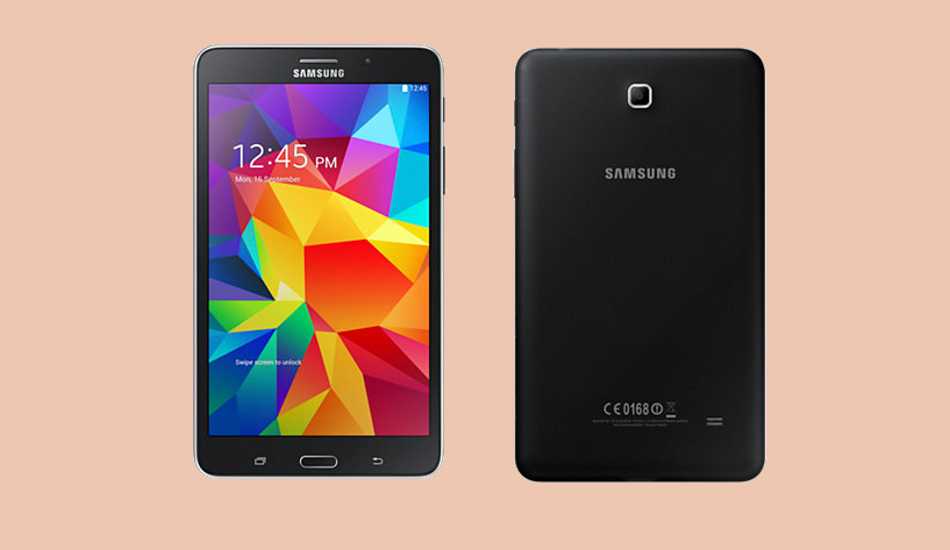 The Tab 4 has a 3 megapixel rear camera and a 1.3 megapixel front camera. It has a 4000 mAh battery which should give long back up for this 7 inch tablet. It has decent 8 GB internal storage and a 32 GB micro SD card slot too.

Most importantly, the Samsung Galaxy Tab 4 T231 comes with a SIM slot allowing voice calls as well as 3G connectivity. Besides, it has WiFi for faster internet access as well. Other than that the tablet has Bluetooth 4.0, WiFi Tethering, WiFi Direct, and GPS with GLONASS for navigation. This tablet weighs only 281 grams and is 9 mm thick.
###PAGE###
Google Nexus 7 (2013)

If you don’t need calling facility and instead looking for a powerful gaming tablet, the Google Nexus 7 (2013) model is an ideal alternative. This tablet runs by the powerful 1.5 GHz Qualcomm Snapdragon S4 Pro quad core processor and 2 GB RAM. Though it comes with the Android 4.3 version, Google has already updated it to the Android 4.4 KitKat version. 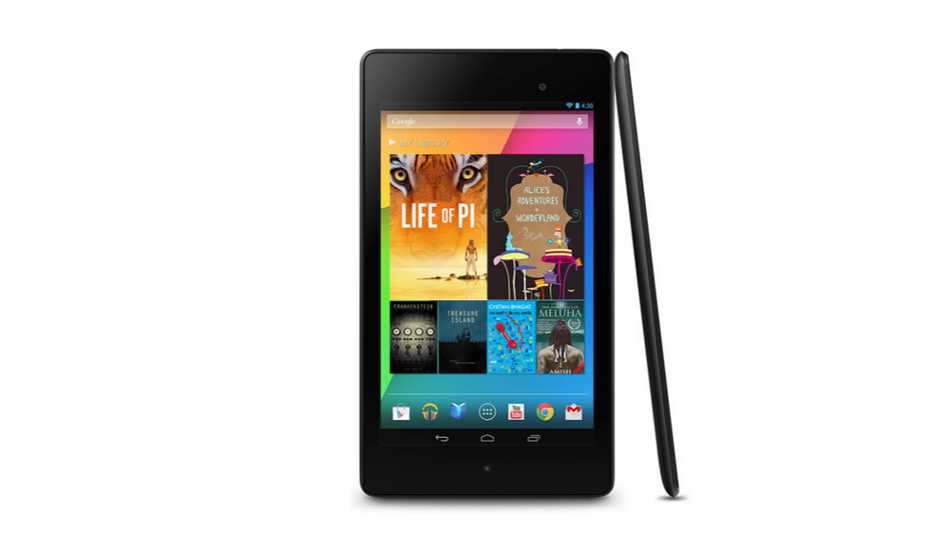 The Nexus 7 (2013) also has a 7 inch screen with full HD resolution. It has a 5 megapixel rear camera and a 1.2 megapixel front camera. For long run time, the tablet comes armed with a 3950 mAh battery. Besides, this 8.65 mm thick tablet has WiFi, Bluetooth 4.0, NFC, micro USB port and GLONASS.

However, it has only 32 GB internal memory of which around 24 GB is expected to be available for users. Currently it is retailing around Rs 16,000.

Lenovo recently introduced its IdeaTab Yoga 8 tablet in India at an attractive price point. The IdeaTab has a unique industrial design that will remind you that all other tablets look similar. Lenovo packs an 8 inch display with 1280 x 800 pixel native resolution and is powered by a quad core 1.2 GHz Mediatek MT8125 mobile processor with 1 GB RAM, and 16 GB on-board storage. There is a memory card slot to hold up to a 64 GB micro SD card. At the back it has a 5 megapixel camera and there is a 1.6 megapixel camera in the front. It offers Bluetooth 4.0 and WiFi support for wireless connectivity. 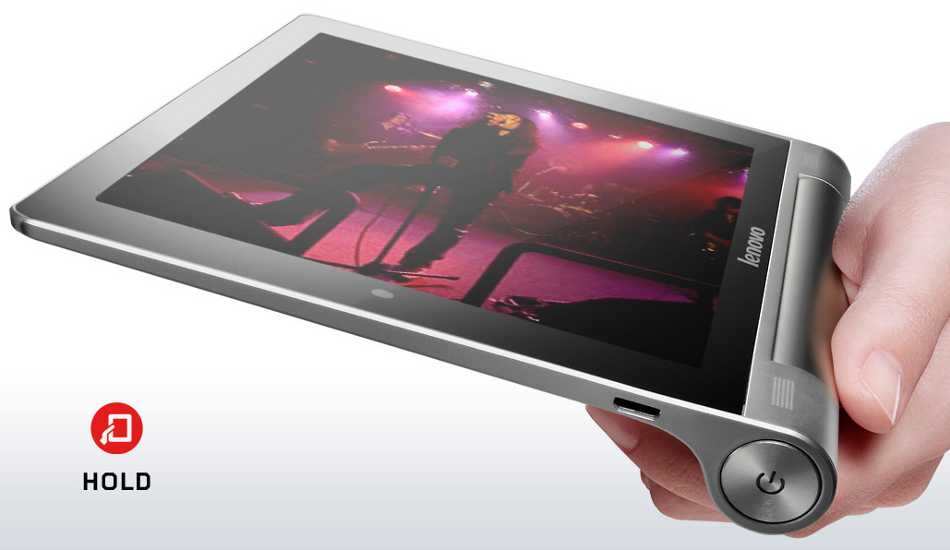 Lenovo has packed Android 4.2 Jelly Bean update and the device is powered by a two cell 6000 mAh battery to offer decent run time. The table offers dual front facing speakers and supports Dolby Digital Plus DS1 for better sound output. The tablet has a built-in kickstand and seems like a fresh design break from other tablets.
###PAGE###
Xolo Play Tegra Note

We had reviewed this tablet some time back and is considered as one of the fastest tablet in the market today as it comes with the Nvidia Tegra 4 chipset, comprising a 1.8 GHz quad core processor and 1 GB DDR3 RAM. It is however based on the older 4.2.2 Jelly Bean operating system though Xolo has assured future updates for the tablet. 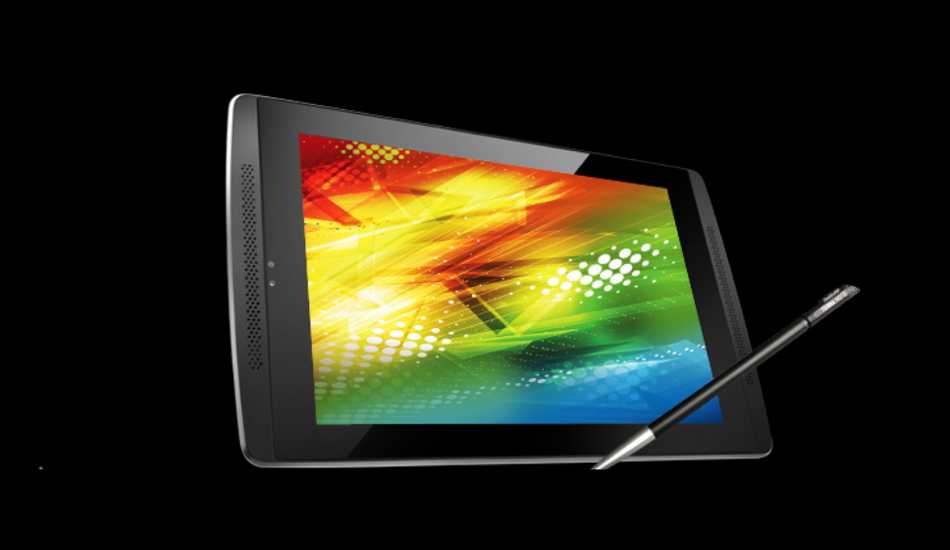 The Xolo Play Tegra Note has a 7 inch display with 1280×800 pixels resolution. It has a 5 megapixel rear camera and a VGA front camera. It has 16 GB internal storage and a 32 GB micro SD card slot.

It has no voice calling facility though and it has WiFi for internet connectivity. Besides, it has WiFi Direct, WiFi Hotspot, Bluetooth 4.0, and GPS with GLONASS facility. It also comes with HDMI, micro USB and an audio port. This 9.4 mm thick tablet weighs 320 grams with its 4100 mAh battery that promises upto 8 hours of HD video playback. 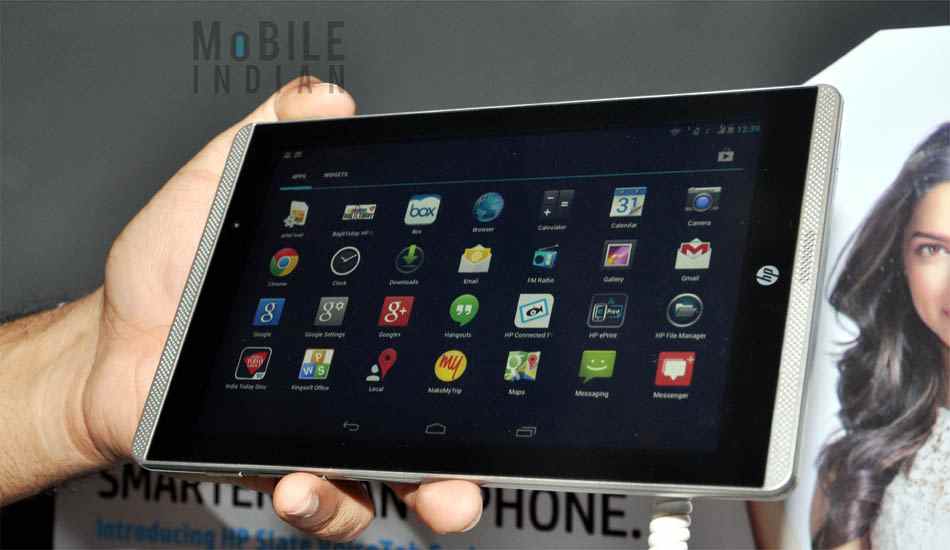