Having a large battery doesn’t necessarily suffice for a good battery life but it ensures that you don’t run out of charge anytime before the end of the day. If that’s the biggest factor for you when considering buying a smartphone, then this is the list of smartphones that you might want to look at.

More often than not, a smartphone battery is the foundation of choice when it comes to getting a handheld device for yourself. Not only would you get your smartphone to last you the whole day, but you might want it to disappoint you when listening to your favourite tunes on your way back home. While manufacturers try loading up a device with a ton of ‘smart’ features, the one thing they often miss out on is adding a sufficiently sized battery.

It’s safe to be noted that having a large battery doesn’t necessarily suffice for good battery life since it also depends on the phone’s chipset, software optimisations and user patterns. But a larger battery at least ensures that you don’t run out of charge anytime before the end of the day and if that’s the biggest factor for you when considering buying a smartphone, then this is the list for you. We’ve sorted out the best of smartphones that are affordable as well as efficient enough to last you for over a day and here they are. 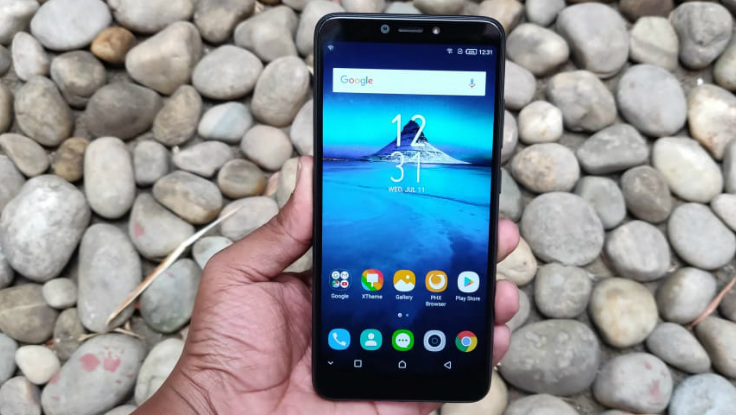 China-based smartphone brand Infinix announced the Hot 6 Pro in India earlier this month, powered by a Qualcomm Snapdragon 425 quad-core 1.4GHz processor along with 3GB of RAM and 32GB of onboard storage. The Hot 6 Pro sports a 5.99-inch HD+ Full View display with a screen resolution of 720 x 1440 pixels with face unlock technology which can unlock in 0.3 secs.

The cheapest smartphone in the lineup doesn't compromise in power as it comes with a massive 4000mAh battery which the company claims will last 12/37 hours on video/audio playback and 30 hours when on 4G. From our point of view, this looks possible due to the display which doesn’t output too many pixels and thus doesn't consume battery.

The Infinix Hot 6 Pro comes in Sandstone Black, Magic Gold, City Blue and Bordeaux Red colour versions with a price tag of Rs 7,999. Take a look at the picture gallery and the unboxing to know more about the device. 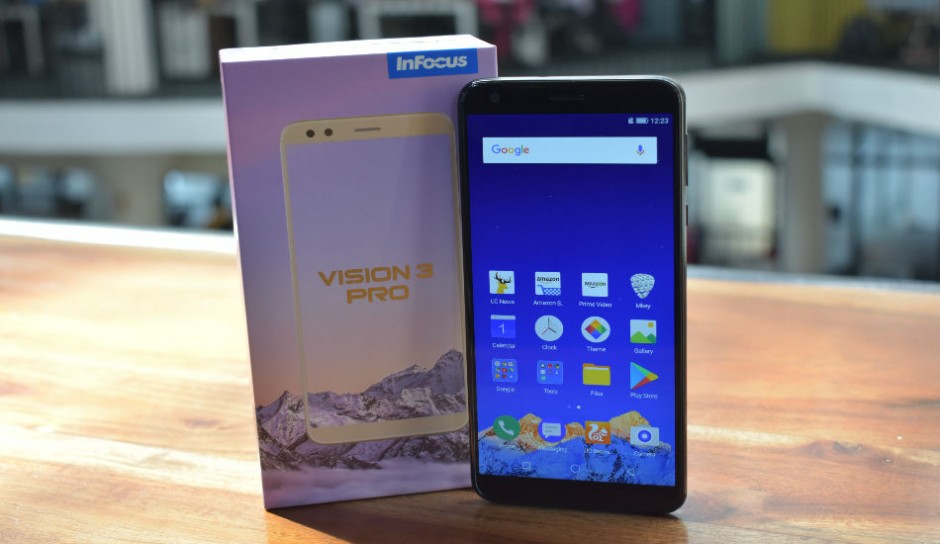 The Vision 3 Pro by Infocus was launched back in April as a device powered by a 1.50GHz MediaTek MT6750 processor with 4GB of RAM and 64GB of internal storage. It sports a 5.7-inch HD+ 2.5D curved tempered glass display with 1440 x 720 pixels resolution and Face ID unlock on the front which allows users to unlock their smartphone within half a second.

The Infocus device comes with an adequately sized 4,000mAh battery which will last you a day and also not disappoint you with mediocre-like performance. The phone supports dual sim, 4G LTE, WiFi, Bluetooth, FM Radio, GPS, micro USB port and 3.5mm headphone jack. There are sensors like Ambient light, Proximity, Acceleration and the device comes running with Android 7.0 Nougat.

There are dual 13MP (PDAF, f/2.0) + 8MP (120 degrees wide angle) sensors, while for the front, there is a 13MP camera for selfies. It also has a camera feature ‘Dualfie’, which allows users to simultaneously employ the front and rear camera and stitch the images together as one.

Infocus is selling the Vision 3 Pro on Amazon for a price of Rs 10,999 on Amazon and the device will come in Midnight Black and Gold colours. A review of the Infocus device can be viewed from here and you can see for yourself how it differs from its first impression. 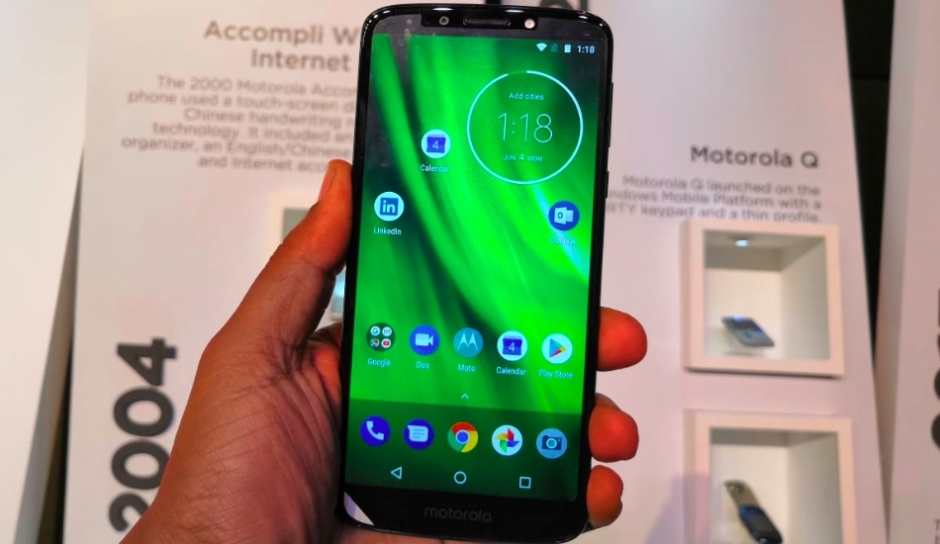 The smaller sibling to the Moto G6 comes with a 5.7-inch HD display and is powered by a 1.4GHz octa-core Snapdragon 430 processor with an Adreno 505 GPU, 3GB of RAM and 32GB of internal storage.

The G6 Play is the first device in Moto G series to come with a 4,000mAH battery which also supports TurboCharge for faster charging. The battery itself would last you for more than a day considering the device runs on a near-to-stock Android 8.0 Oreo with not much bloatware installed.

The Moto G6 Play is available in Indigo and Gold colours for an asking price of Rs 11,999. 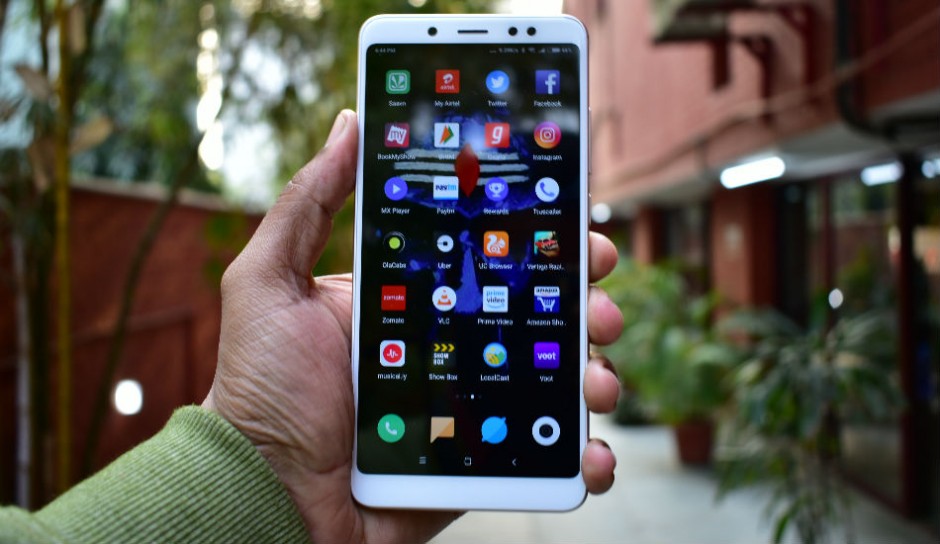 The Redmi Note 5 Pro by Xiaomi can safely be termed as a best seller ever since it was announced at the start of the year and has been the device pushing other OEMs to develop affordable and better smartphones. The phone comes with a 5.99-inch Full HD+ display with a screen resolution of 2160 x 1080 pixels, a colour contrast ratio of 1500:1 and 450-nits brightness. It's powered by a Snapdragon 636 SoC which is not just powerful but also power efficient and is paired with an Adreno 5.0 GPU with up to 6GB of RAM and 64GB onboard storage

The battery on the inside is a 4,000mAh power unit which lasts to up to a day and a half due to the reduced power consumption of the SND 636. The only concern of power drainage is due to the heavily skinned MIUI 9.5 interface which is based on Android 8.1.0. 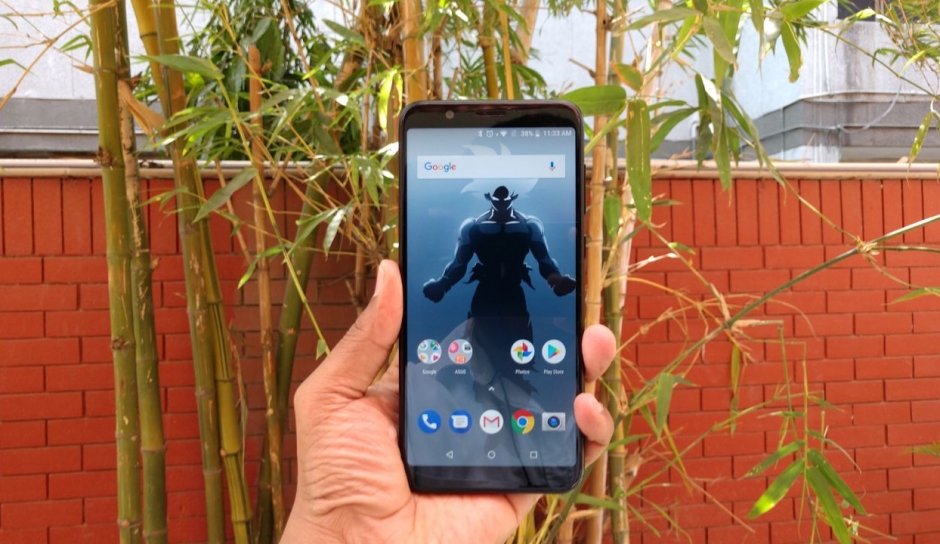 The best pick of the line is Asus’ Zenfone Max Pro M1 which has been quite a name in the budget smartphone game. The attractively designed device comes powered by a Qualcomm Snapdragon 636 processor along with Adreno 509 GPU with up to 6GB RAM and 64GB of storage for all your gaming needs.

In addition to supplying adequate power to the smartphone, the Zenfone Max Pro M1 also comes with a massive 5,000mAh battery which is the largest among the battery-centric smartphones we’ve talked about till now. While the large battery suffices the needs of a power user, the bundled 10W charger ensures the device charge quickly to work at its full potential.

The device features a dual-camera setup at the rear, which comes with a combination of 13MP primary sensor with f/2.2 aperture, PDAF, 5 element lens, 80-degree wide angle lens, and a secondary 5MP sensor for depth of field effects. On the front, there's an 8MP camera with f/2.0 aperture, 85.5 wide angle lens and 26mm focal length.

Asus' Zenfone Max Pro M1 in India is available for a starting price of Rs 10,999 for the 3GB RAM variant. Asus is charging Rs 12,999 and Rs 14,999 for 4GB and 6GB version of the device which is relatively cheaper than any other on the list. Here's a brief review of what we found to be true in the Zenfone Max Pro M1.